Folks asked me about wheeled strimmers I used and I said I would report back after using them, I have 5 paddocks that are needing reclaimed as they have been left too their own devices for years and I want them back as A. they are an eyesore and B. I want to put some donkeys in them.
As you can see from the pictures below they are really overgrown with brambles, small trees, reeds, French willow and nettles, so have taken quite a bit of clearing.
Once I had cleared the bigger trees and bushes, I started with one strimmer with a brush cutter on and another with plastic coated stainless steel wire and an ordinary multi tool petrol strimmer with a hedge cutting tool on, then used an old 21" self propelled mower to basically chomp up the waste, finally going over it all with my Alpina ride on.
The strimmers made the job quite easy, certainly much easier than a normal strimmer and no where near as tiring, the job would have been a lot, lot worse without them

I was really chuffed with the results, It took a lot of graft but I just did it in hour long chunks and finished the first paddock yesterday, basically the large reed clumps were the worst as they were solid, now only four more paddocks or around two acres to go 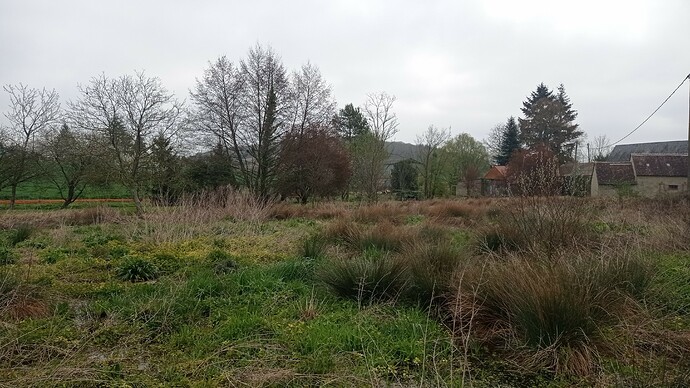 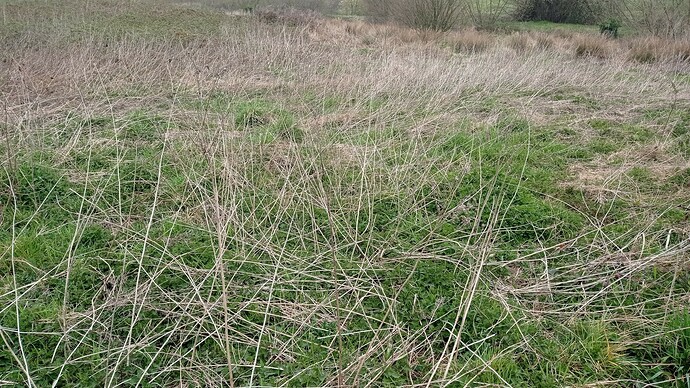 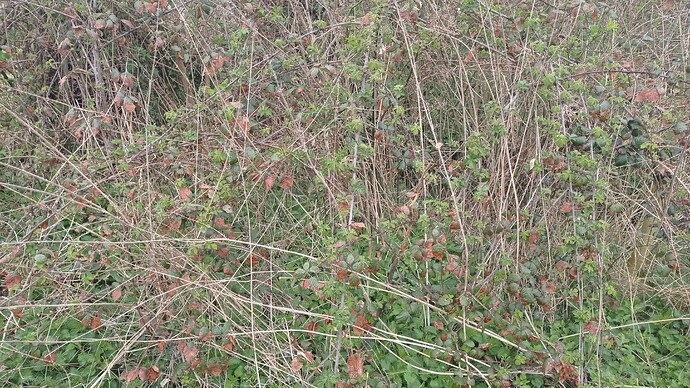 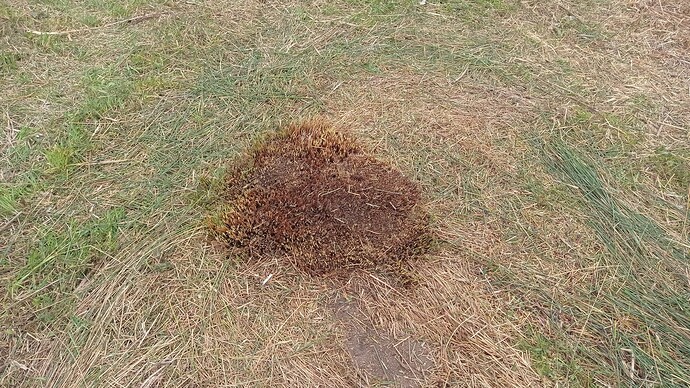 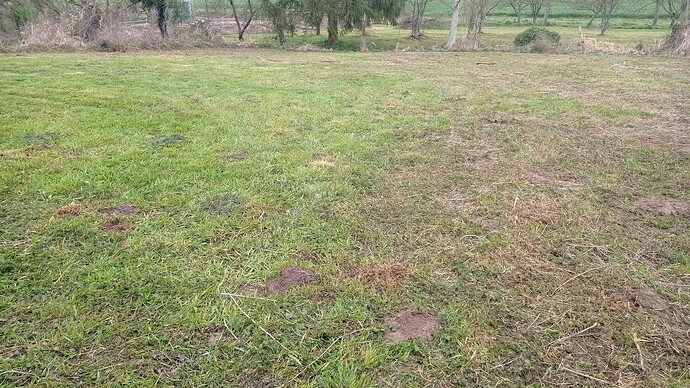 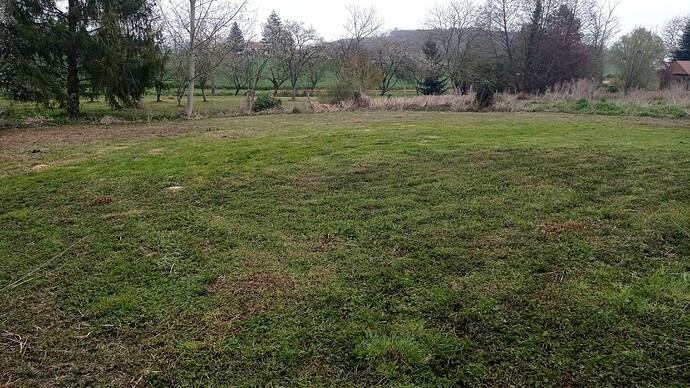 How do you think the wheeled strimmers would do with boggy ground? We have a part of our field where an underground “stream” (really just high water table) emerges and is almost impossible for OH to clear except by hand using a heavy weight Stihl.

They are not that heavy around 12kg if memory serves me and have large pheumatic knobbly tyres so unless it is really marshy ground it should be ok, your not pushing down on it but pushing it forward all the time and they move really easily.

Sorry Colin to be a bore, would you mind providing a link again to the wheeled strimmer please, to save me wading back through previous posts. This absolutely looks like what OH needs. Thanks.

I got mine from manomano, they might be cheaper elsewhere, I didn’t look as I had a voucher for them. 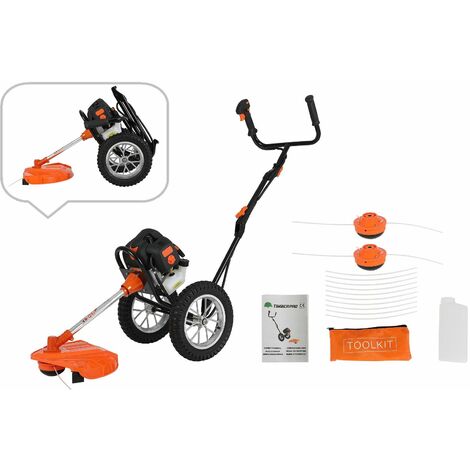 @Griffin36 Thanks so much.

Wish we’d had one of those when clearing our garden/field initially. It was back-breaking work with our Stihl brush-cutter and we wore the poor thing out…

Well done! Don’t forget to post a photo of the donkeys when they’re installed…

Yes, it’s been a revelation to me too.

I start the second paddock tomorrow so we will see how things go with it as it is probably the biggest and has the most brambles.

@Griffin36 I see this strimmer comes with two spools of ‘plastic’ but is it possible to fit one of those blade thingys’ that will cut low thick hedge branches?

Yes I already had one from a multi tool strimmer.

So they are inter changeable?

They were the same thread on the fixings so yes they were interchangeable, I added two washers to be sure it did not hit the guard.
The four wire head from the multi tool strimmer fits it as well. 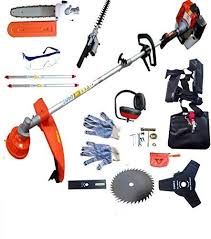 We went and had a look at the bottom pasture

OH reckons I am off my trolley

brambles are around 6ft high, reed clumps 3-4ft, small trees 10ft, grass around 2ft and it is booby trapped with mole and ant hills, so if you don’t hear from me in a while send out a search party 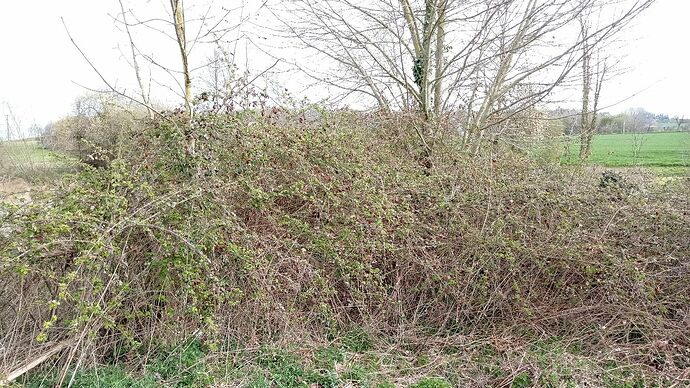 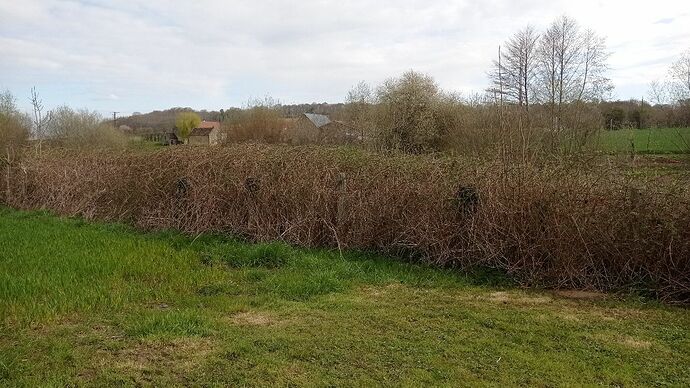 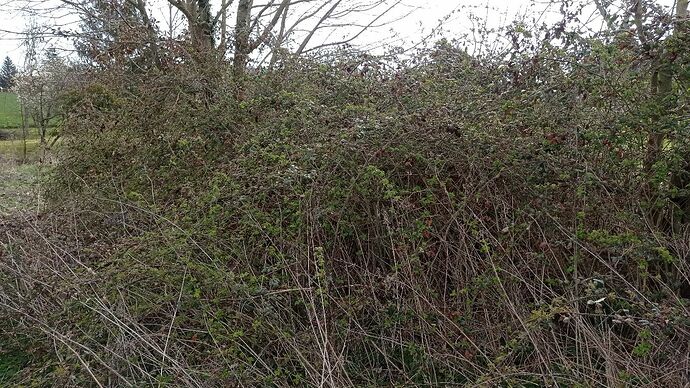 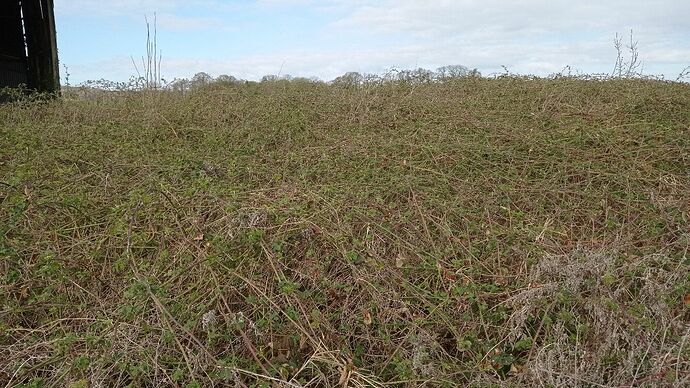 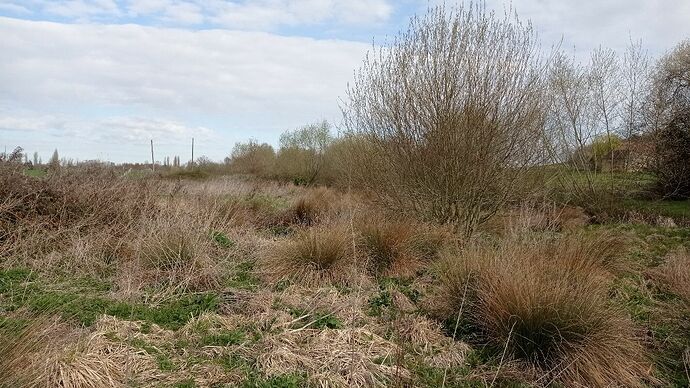 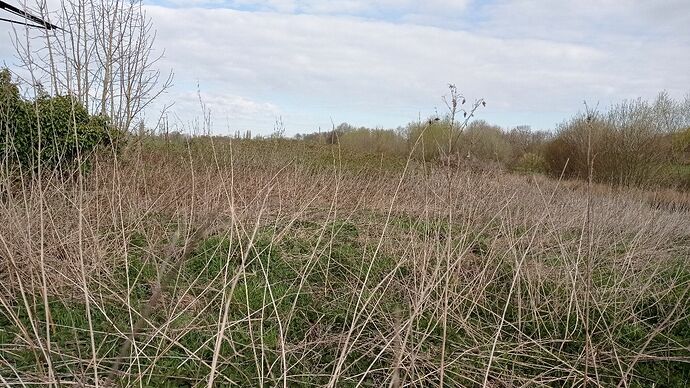 Do let us know if the wheeled strimmer works on the brambles. Mine are identical and I need a cheap way of removal.

It definitely works on brambles as there was an area about 40ft square in the corner of the other paddock, just don’t know about so high and thick a patch as there is in this paddock as it is twice the height and around 100 meters by about 20 meters.

Perhaps you could borrow one if they use them around you?

Good idea but I would need a herd of goats for this lot, got on well today but the new mower will have to go back in again as the sodding belt keeps on loosing tension so not happy, only had it back 2 days and it is slack again so back to the dealer tomorrow.
Made quite good progress reed clumps are a pain and there are a lot more of them on this paddock, weather permitting I will do some more tomorrow. 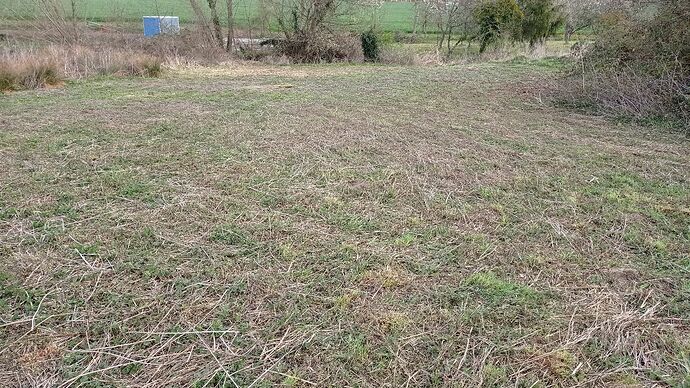 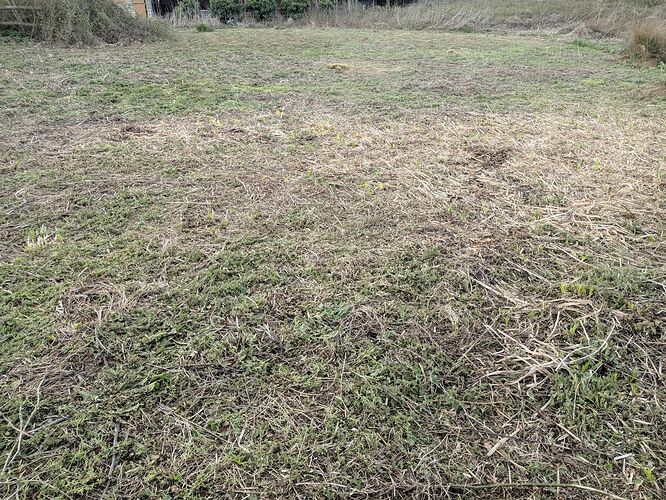 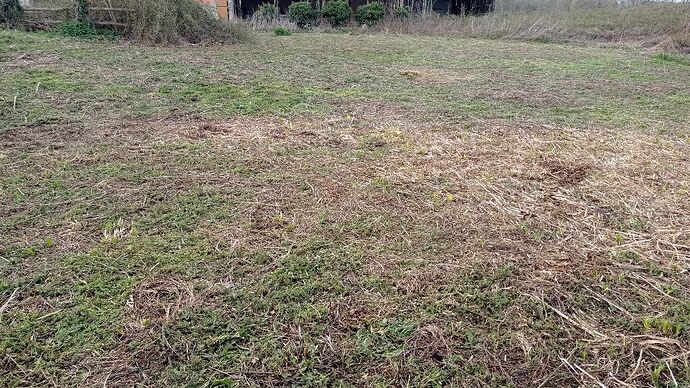 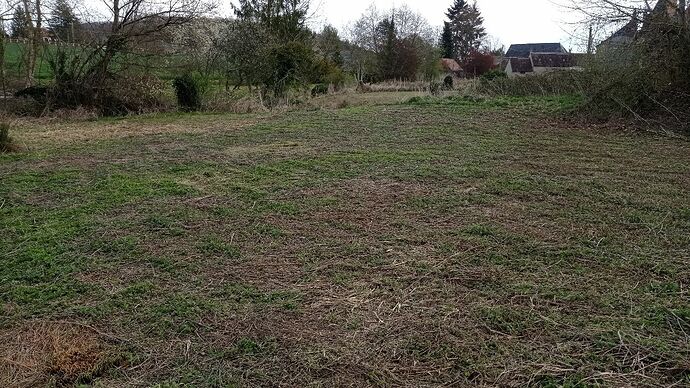