Where do you live?

It would seem that there are some particularly popular areas for us immigrants to live in France.

Where do you live? 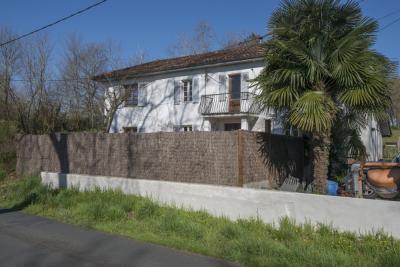 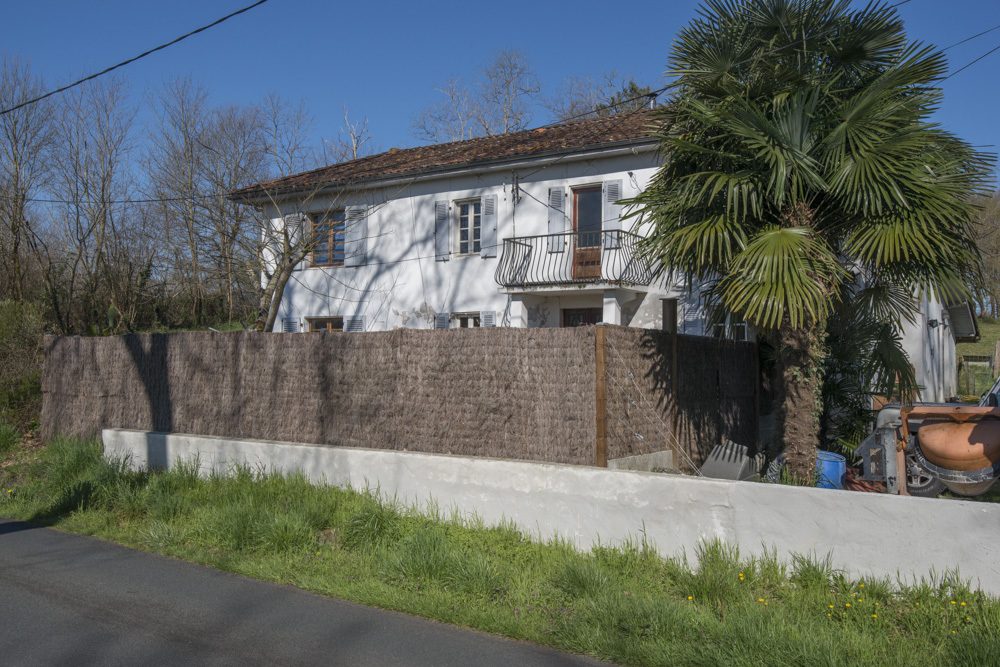 Thank you for your reply, I think even if we re chaux/rendered we would have to take the original off as some of it is loose. I think your stone work looks really good, I never thought you could get such a clean finish, is it the sand blasting that gets rid of all the little bits left? We have exposed stone work on the sides of the house and they look very much like your stone so finger crossed, if we chip away at the front and back it will look the same.

I live on a little hamlet near lignac dept 36 indre. Rural, quite, very beautiful. 90 mins North of bellgarde limoges airport

We are gradually re-rendering despite generally beautiful 'golden' limestone. We have a lot of lime, cement rendering but still some chalk. For both it is manual chipping off, mallet and bolster. Be careful because it pulls mortar out, so re-pointing. Originally houses here were held together by a local red soil made into a mud that sets hard and is generally there forever, but the outside corrodes away and is very often pointed and re-pointed so that different layers can be seen when it comes out. The pointing needs replacing of course. Do that, get it as clean as seems reasonable although if you intend to sand blast (we will) you can leave it ragged but give it a few weeks to properly settle.

I have done an hour here and there for about five years and it is hardly noticeable. To have a go doing the whole lot seems like hard work. Of course, some people have a nice crumbly render that comes away easy but if it is hard stuff like a 'modern' cement mix... I hope it is the former.

Your house looks great, how did you get the chaux/render off the outside of you house, we have a house we are renovatiing and would love to expose the stone.

We are in the Valserine valley in 01 Ain, near the borders with Jura and Switzerland. We knew the village and its population of 700 well before buying our ruin and had plenty of friends here already. Our trips towards Annecy usually terminate at Epagny for the shopping! Our proximity to Pays de Gex and Geneve makes building contractors very expensive, so we are DIY builders and navigate via branches of Samse. Over the years the route to the Tunnel has got quicker (we don't fly as the dog comes with us) but it is still long and now we break the journey to the UK near Calais.

We too live in the Auvergne, but on the other side of the volcanoes, near Ambert, Puy de Dome. Been here permanently now for 6 yrs, before retirement was just a holiday home. Back then, we were seduced by the enormous amount of space you got for your money, very distinct seasons and just calm and quiet. We've created a small B&B from scratch, many French clientele and very busy all summer which we thoroughly enjoy. Luckily I have no probs with French so thought it would be easy to make friends here but it has not really happened so we find the winter months very long and lonely (well I do, hubby happy in his man shed whatever the season!) Tried really hard to integrate with the French but it's an uphill struggle really, with only 170 souls in our commune and most of them elderly you can imagine the reluctance to get to know the "newbies". Very few Brits too so social life is very quiet compared with back in the UK. Oh for a nearby golf course! So if anyone wants to start up an Auvergne branch of Survive France with some social activity, I'm certainly up for it.. But we do love France overall, just long sometimes for a chat and coffee in English.

Are you on auto-correct, surely it is Gondrin and not Godwin?

Godwin? What an odd name for a commune in the south - why is it called that?

Not to far from you James. We live in the Gers in a large village called Godwin
Between Condom and Eauze

Yes, a very inspirational location. Nice of you to take the time to comment Suzy!

Lucky you Kit,an art nouveau house and a studio,can an artist ask for anything more.

We are in Le Beaujolais, just north of Lyon in the small commune of Blacé 69460. Originally had a holiday home here but selling that and bought a 'real' house. So few in this network seem to be in this area but we have great wine, food and transport connections plus the balance of the rural and city!

Below is an estate agents photo of our new house which is currently a massive renovation project!![](upload://jUMRgDD4bUN3RigDm2lsVhvGyBo.jpg)

A pretty little Art Nouveau house to which my studio is attached (I'm an artist) in Fontaine Chalendray, Charente Maritime. Wonderful neighbours: English, French (especially nice!), Irish and German too. Wonderful scenery and the sunniest spot in France (after Provence) So happy here and won't go to the UK but for the, inevitable, weddings and funerals.

It's not only interesting to read where folk live or have holiday homes, but also to see the diversity of the properties. Hearing about the areas and villages makes for a great few roads trips! There's a book in there somewhere!!

As I'm sure I've said before, we have a holiday home and separate garage with living accommodation above,in the village of Pepieux, circa 1000 people, in the Minervois, Aude (11), about half way between Carcassonne and Narbonne. Nearest small town is Olonzac just 5km or so away and the Canal du Midi at Homps is about the same distance. Lac de Jouarres, which was set up as irrigation source for the many vineyards, but also now a a swimming lake with a restaurant and good facilities, is a quick hop between our village and Homps.

There are a good few English speakers - British, Irish, New Zealanders, Americans etc., some holiday owners, like ourselves, and some well integrated permanent working and retired residents.

It's a great wee spot, just 40 mins from Carcassonne airport and about an hour from Beziers, both Ryanair bases. But then again, I'm biased!! 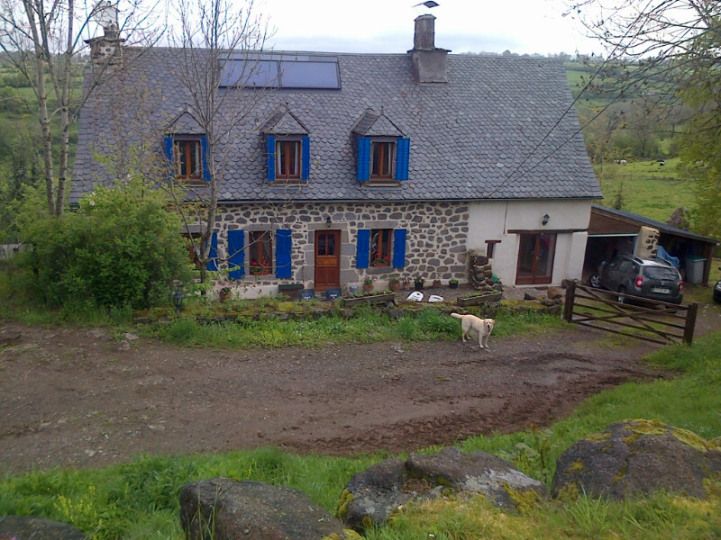 We’ve lived in Cantal - Auvergne for 9 years since we retired. Its beautiful and reminds us of the N Yorks Dales. The rural life suits us very well and the people are remarkably friendly. There are very few Brits around here so its encpuraged us to learn the language and get stuck into local community activities. We play golf in the nearby town of Mauriac for 450 euros a year membership fee - its marvellous, friendly, and great social life. EXCEPT in the winter when its cold and snowy so we go to our holiday home Nov to Mar in Almeria, Spain where its warm,undeveloped, loads of Brits to talk to and socialise with - so we believe we have the best of both worlds.

In a small village about thirty minutes from Limoges. We moved here in January this year after many years living in

the south of France.

We live in Montpellier, (3), which is in the Herault dept. of Languedoc-Roussillon. Our flat is almost "centre ville", situated as it is within a few metres of the railway station, Montpellier Saint-Roch.

I moved from London into a renovated apartment in Perpignan old town in November 2014 – with the intention of taking my time to find a little house with a garden, then renting out the apt.

What I did find was my future husband (two weeks to go), who has lived in Perpignan for 16 years, and through him I've met lots of people – French, Catalan and Senegalese, mainly. Off my own bat I've met an American woman and her German husband at French classes, two carpenters (one Scottish/Canadian and the other Swedish) and motley others in my local cafe bar.

Cosmopolitan Perpi (pop. 120,000) is both bohemian and cultural, which reminds me of the Hampstead I fell in love with over thirty years ago (before the banksters and marketeers moved in), so I feel right at home.

We have also found an amazing hidden house! It looks like nothing from the road, but from the back... wow!!!

On the ground floor there is an enormous garage and a studio stretching the full width, opening onto the garden. It used to be a doll factory, was an artist's studio before we bought it, and will now be my husband's music and dance studio.

Upstairs, two beds, a salon overlooking the garden, a bureau/third bed overlooking the terrace (where we plan to grow veg and herbs), a big kitchen and sizeable bathroom. Original catalan tiled floors, high ceilings, a fig tree in the garden...

Less than ten mins from the airport by bus, it's a 30-minute walk into town (or the choice of four buses), or a twenty-minute drive to the sea or the mountains.

We're going to have to fit double glazing against the fiercely cold winter winds – but my heart cannot bear to butcher the beautiful arched window in the salon (top left in the pic). Does anyone know of a specialist double glazing company in 66000 that might be able to offer a solution – even if it is a bit pricey?![](upload://z8WNGPDp5NWisGp38LMVsMbtYPc.jpg)![](upload://gowljEaNf7xSicuk3NsceSC7UGY.jpg)