WinterTyres to be Compulsory ? (or not)

I have read in The Connexion that winter tyres are to be compulsory and that includes us in 71.
It goes on to say in mountainous roads, but there is no definition of what that might be.
Does anyone have an answer for me please?

I wouldn’t trust The Connexion to boil a kettle.
If you have read the thread Latest topics of interest France
You will find no reference to this AFAIK
They are well known for getting (amongst other things) the annual £/€ exchange rate wildly wrong. I think they bluff things up to bolster there failing subscription ratings.

Just get all season tyres next time, such as Michelin Crossclimate.

Jane, there has been a lot of hype and misinformation. 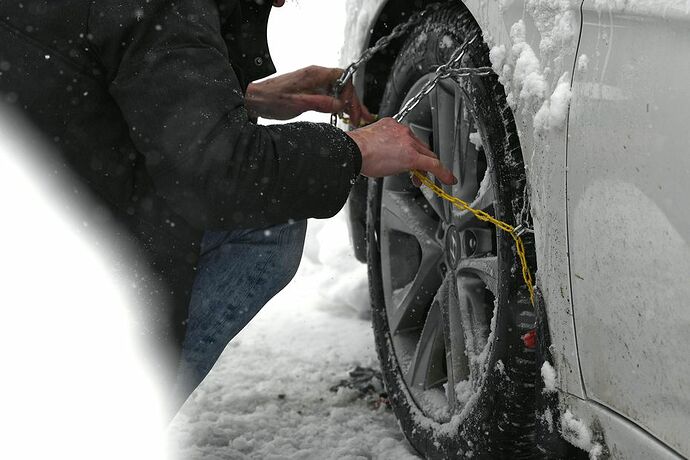 That is excellent as buying new winter tyres for old car wold have to make us think twice.
I cannot understand why they would put that article in the paper when it is so obviously wrong and can be disproved.

its a bit like £350 million a week for the NHS - it grabs attention - sod all to do with truth!

But they risdk being found out and their street cred dropping to zero.
I know, you think it is already there.

We tend to thrash out a theme/question and get to the truth of the matter.

Winter tyres are great, even on an old car. One of the most important bits of the car, given tyres are what connect the car to the road. I’ve been using them for years. No significant additional expense (steel wheels and the biannual change excepted).

But I think my next ones will be Michelin Crossclimate, mentioned by @Mat_Davies. I’ve seen some very complimentary reviews of those.

If you’re in doubt as to the efficacy of winter tyres, there are plenty of reviews and comparisons on YouTube.

Buying winter tyres for an older car which has expensive tyres anyway, is not really an option.

If the weather is bad, we stay at home.

And therein lies the problem. The big hoohah that the mere discussion of this topic caused among the French population at large came pretty much at the same time as the GJ movement, as the most likely to be impacted were those living in the mountainous regions on lower incomes…so, we are still waiting for the government to pass the relevant decrees implementing the new law, and then it will be up to the Préfets to decide to what extent and where the obligation will be imposed…

Isn’t that a good thing @Alex_Thurgood ?
Rather than just issue a country wide diktat, leave it to individual regions to determine, based on local conditions, what is best for the safety of people in the locale.
I guess the only issue I might have with this is what happens to “incomers” that is to say, people who travel by car into regions where the préfet has issued a directive requiring the use of winter tyres?

IMHO @Graham_Lees, I am all in favour of having snow tyres, or equivalent equipment, in those areas considered mountainous, irrespective of who takes the decision, but I also understand the economic impact on those who might not necessarily have the means to be able to afford to have 2 sets of tyres. I’ve been driving with winter tyres on the various vehicles I’ve owned ever since I lived in Bavaria, so pretty much for over 30 years, and whilst I used to actually switch them in the summer, I have more recently just continued driving around on winter tyres all year round, as the actual wear on them in the summer is acceptable, even when driving on the motorway.

I would add that at least where the Auvergne is concerned, the number of days where roads are seriously impacted by snowfall appears to be in marked decline, and I say that as someone who has lived here for 20+ years. All of the oldies in the village say it was much worse in the 50s and 60s, and I can only speak of what I have experienced, but it is definitely less of an issue than when I first arrived in the area. Of course, who knows what future local weather patterns might bring ? At the moment, it isn’t looking too rosy for the local ski resorts’ long term futures.

When we first came to France 11 years ago, we moved into a property in Colne d’Allier and it was bloody cold but no snow. I well recall driving off the boat at Dunkerque in the early hours of the morning and it was like driving on a skating rink!
We were told that, despite the Auvergne being quite high the weather was pretty consistent with cold winters and warm summers and that was our experience before moving to the Charente. Indeed, travelling about the Auvergne was quite a revelation as we encountered snow capped peaks in the ski resort areas we didn’t really know existed but I can well imagine that in times gone by in my lifetime, the area was well established with incredibly crisp mountain air and little pollution.
The area really is the jewel in the French crown.

Have you ever been to the Clunisois, as I call that a hidden jewel?

People rush past on their way to the crowded and expensive South of France on the A6, but there are now more discerning people who ate discovering us.
By the way, Vero just loves driving through on her way to Germany.