Nice graphical representation of the problem from Oxfam: 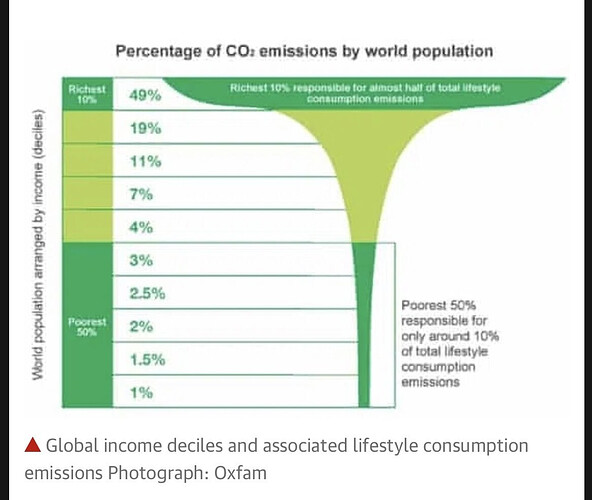 For reference, the top 10% roughly equates to income over 110,000€ per annum.
If they changed their lifestyles just to around the European average, world emissions would immediately fall by a third. 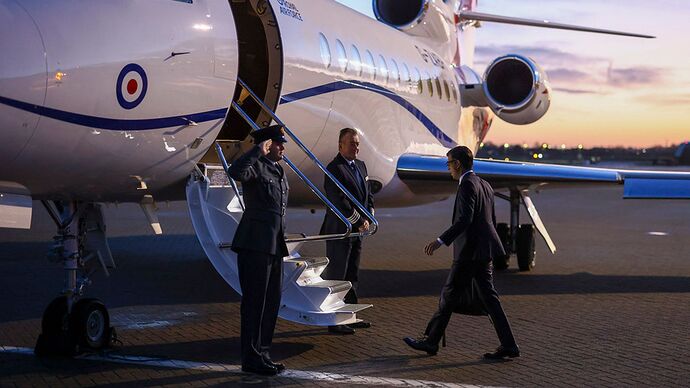 The prime minister took the small RAF plane, which is used by the Royal Family, to travel to a healthcare centre in West Yorkshire for the morning. 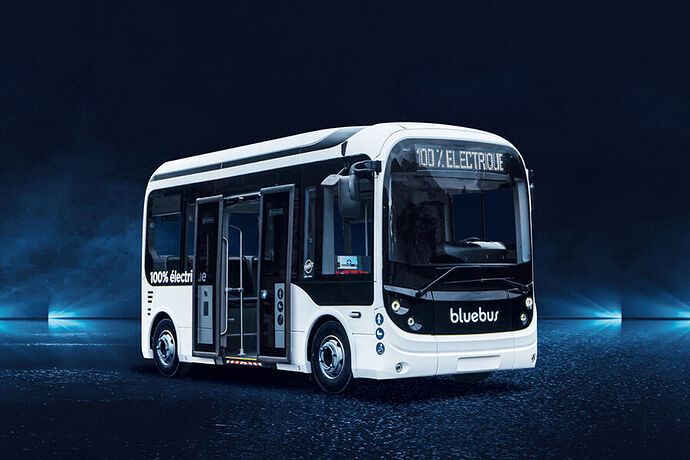 Built in Ergué-Gaberic near Quimper by the company Blue Solutions, the 12-meter Blue bus sees its autonomy reach 387 km whereas initially the LMP batteries built also in Ergué-Gabéric (and also in Canada) only gave it an autonomy of 320 km. Blue...

Another example of something noted in this thread before: motorists, etc, get frustrated at the time of the protests, but set any 12 ordinary folks down and get them to actually listen to the case for protest - and they support it. 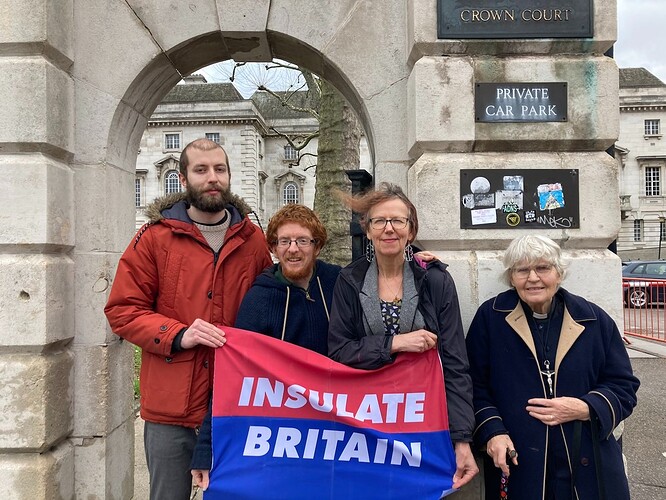 Four Insulate Britain supporters were found not guilty of causing a public nuisance by a Crown Court jury today in the fourth jury trial relating to Insulate Britain’s campaign of nonviolent civil resistance last year undertaken to demand the UK...

“No pollination, no food, It’s that simple.” - Extinction Rebellion (on Mastodon). 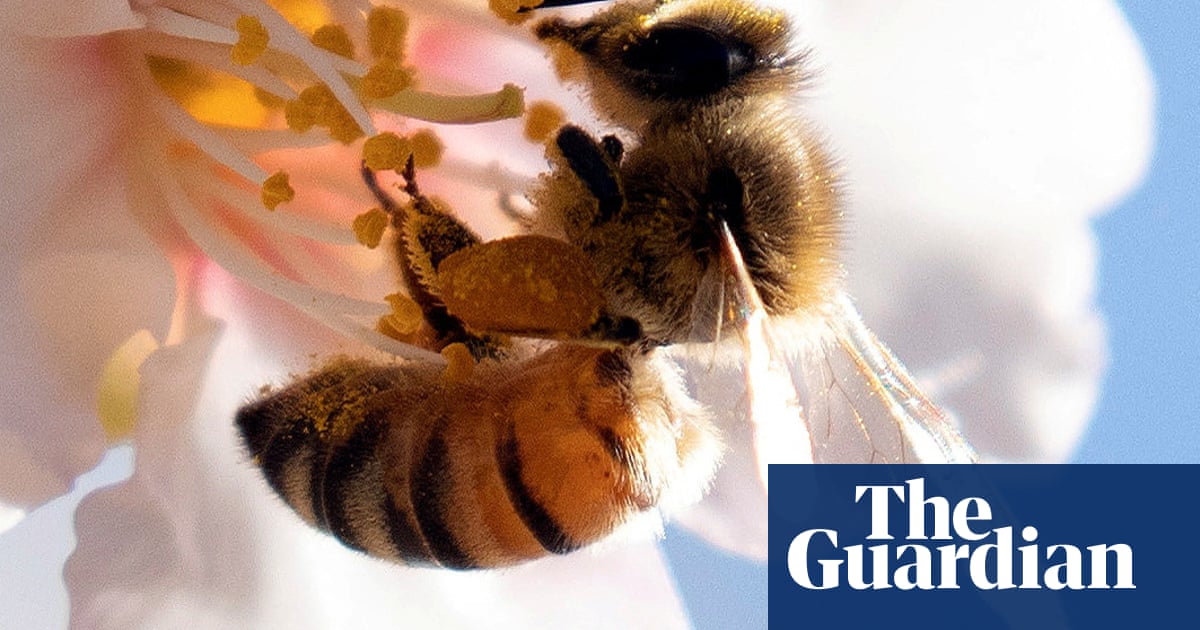 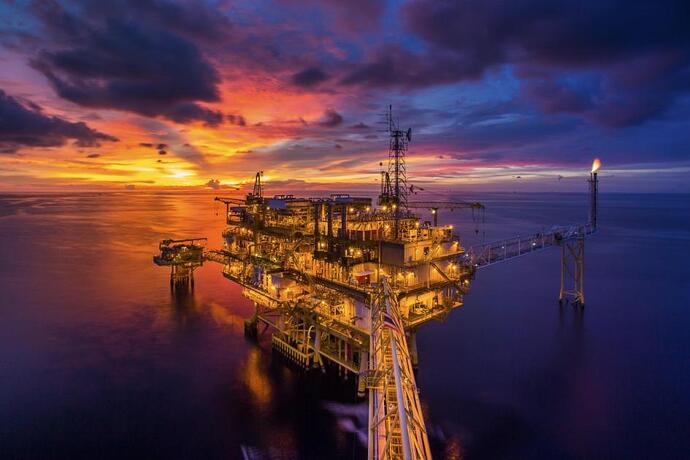 THE Conservative Party and its MPs have registered more than £1.7m in donations from climate sceptics and fossil fuel interests since the 2019…

The Guardian: Revealed: Exxon made ‘breathtakingly’ accurate climate predictions in 1970s and 80s. 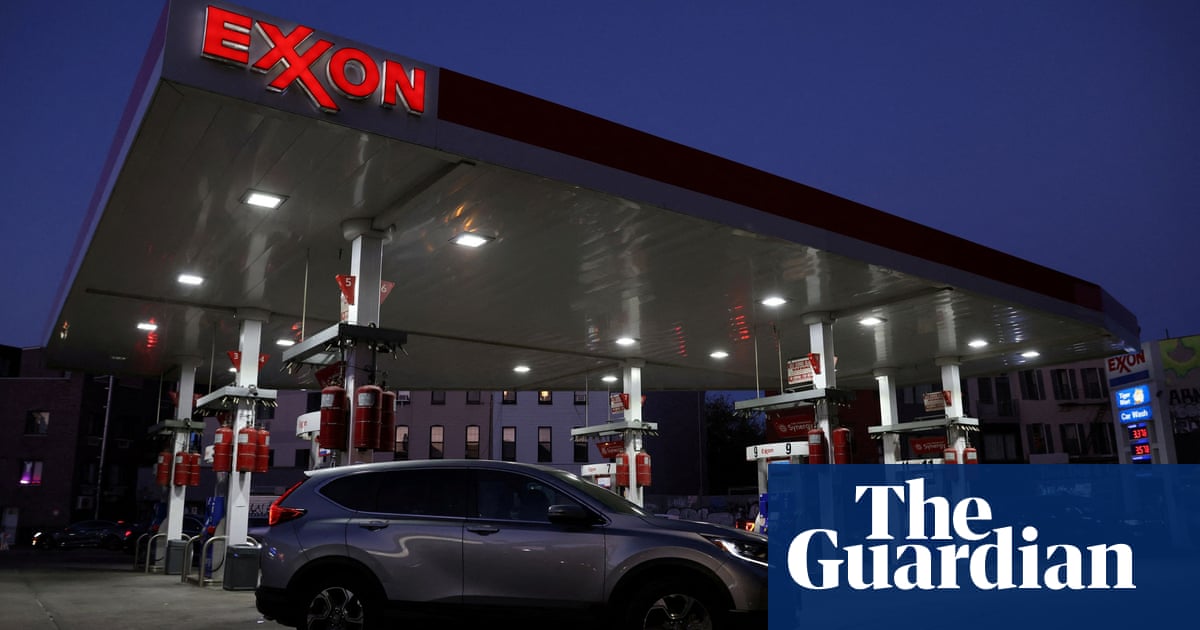 Big Oil knew they were damaging the environment but actively hid the evidence and carried on anyway - just as Big Tobacco knew they were killing people and just carried on - and Big Pharma.
Seems to be a pattern there.

Big Oil … Big Tobacco … Big Pharma.
Seems to be a pattern there. 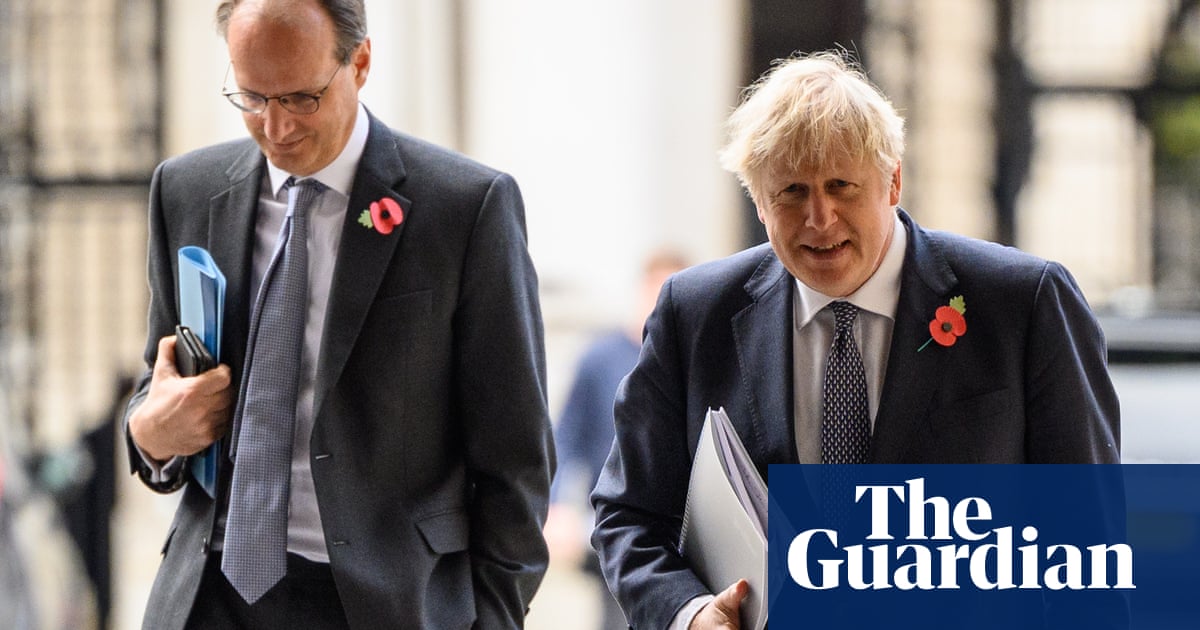 Analysis: Many Tories think Boris Johnson should go, but he is expected to try to cling on by having others take the fall

Another good graphical representation of exactly who is responsible for the current breakdown - and need to make the most profound changes to their lifestyles. 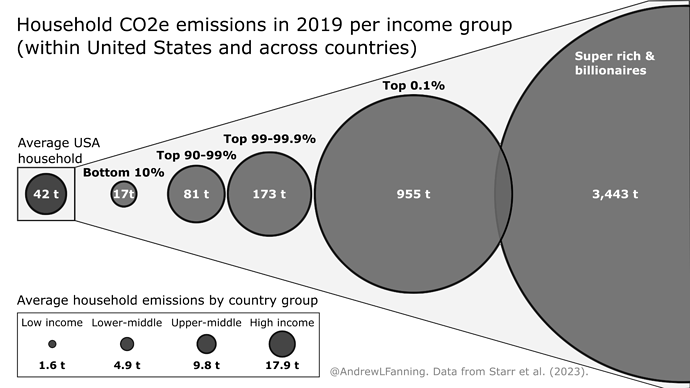 Unsustainable environmental degradation and extreme economic inequality are two of humanity's most pressing challenges. They are intimately linked. Cl…

I’ve thought for a long time that the two biggest problems humanity has to deal with now are out-of-control social inequality, and climate/ecological breakdown. The more we understand them, the more they seem to be just aspects of the same single problem.

the two biggest problems humanity has to deal with now are out-of-control social inequality, and climate/ecological breakdown

Ah, but what do you think AGI will do about it once it is up and running?!?

In the news today - China’s population is falling and is predicted to halve before the end of the century. 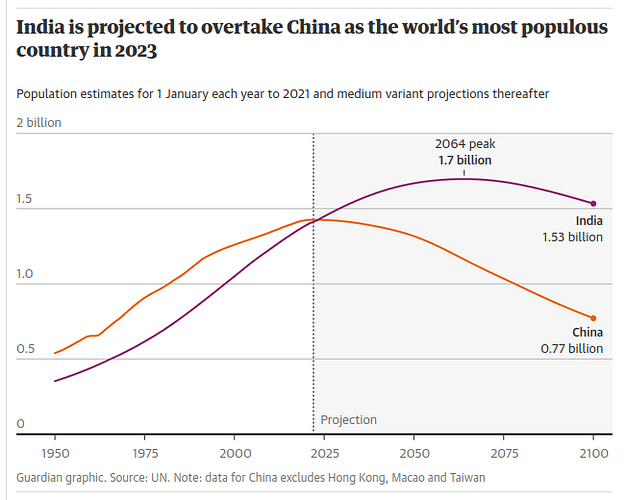 I’ve written before in this thread (in relation to Danny Dorling’s book Slowdown) about how wrong-headed the argument is that population is a major factor in climate/ecological breakdown.

Now China, like most developed economies, is desperately trying to encourage people to have lots of children - and failing, because once you have a decent state education system (especially for girls), and decent state pensions, the birthrate always tends to fall.

This is good - Wealthy countries can create prosperity while using less materials and energy if they abandon economic growth as an objective. …
https://www.nature.com/articles/d41586-022-04412-x

The Norwegian heat pump market grew by 25% in 2022.
Almost 2/3 of homes in Norway now have a heat pump installed.
One interesting aspect is that most of the growth has been (and is predicted to be) in air-to-air installations.

And a fair few EV’s they are not bothered by the cold either.

One interesting aspect is that most of the growth has been (and is predicted to be) in air-to-air installations.

1st time I saw them was Sweden, October 1985 so when worried people talk about new tech and they are no where near the artic circle! The units have improved considerably since then.

Yes - nearly 90% of new car sales in Norway are all-electric or hybrid-electric (compared with 40% in France and UK).

Outside private home ownership (which is also at one of the highest levels in the world - over 80% of Norwegians own their own homes), Norway has far higher levels of state ownership than, for example, China. Over three-quarters of non-home wealth in Norway is owned by the state. This includes over 70 of its major industries - including financial services.

And thinking about this a bit more what strikes me is how similar Norway’s basics are to Scotland’s… Similar geography, about the same number of people, mainly of similar ethnic and cultural origin, similar in energy and other resources, etc…

It’s very hard to think of any really decisive differences other than Scotland’s domination by England - such as the fact that the UK wasted Scotland’s oil wealth retrieving the UK economy from the hole Thatcher had driven it into, while Norway invested theirs in the future.
Could an independent Scotland similarly become one of the greenest, wealthiest, happiest countries on Earth?

Could an independent Scotland similarly become one of the greenest, wealthiest, happiest countries on Earth?