Not sure what support GIMP has for FIT files. I’ll download it and give it a try. You may need 32-bit fp support, which some don’t support.

they appear to have up to 32k planes

Are you talking about the 4d data sets ? It’s a bit funky what’s in the releases, but it makes sense. The 4d sets are basically sets of stackable 2D images (3d set) taken on multiple sensors (4d set), although I expect you worked that one out. There seem to be dark frame sets as well, which can be very important. I don’t think they use flat or dark-flat frames. Seeing as how clean the original instrument/sensors were and the fact that they would not get contaminated by dust etc, there would be no point. They may have fixed flat frame sets that correct for sensor imperfections, but I haven’t seen evidence of that in my brief look at the website.

[quote=“hairbear, post:38, topic:40163”]
It’s no different really to an artist rendering his own interpretation of an image onto canva
[/quote]’

Not sure what you meant by ‘interpretation of image’ ie a pre-existing representational image (there’s plenty of re-workings in art history ) or did you intend to refer to interpreting a scene as for eg in traditional landsc,ape painting.

However, either way there is a significant difference between these examples you describe because in the art world a spectator knows what category of object they’re looking at, ie. it’s not a documentary photograph of a something in the world and shouldn’t be taken as a literal representation of the subject. depicted

Whereas, because the NASA photos are presented to the general public as scientific photographic documentation, not illustrations, most lay people naturally assume that if one could observe the subject directly, say from the deck of starship, this is what they would see. However, I find the layering and blended visual representation of the visible and the invisible to be more interesting than the literal and I hope others would find this complexity more interesting if they were aware of what had gone into the production of the NASA images.

The 4d sets are basically sets of stackable 2D images (3d set) taken on multiple sensors (4d set), although I expect you worked that one out.

There’s documentation but it’s clear it isn’t going to be a five minute read, each sensor data goes in a separate file - my guess about that was correct, the Near Infra-Red camera has a short wavelength array of 2x2 sensors and a long wavelength sensor covering the same area at half the spatial resolution - this group of five sensors is then replicated as “A” and “B” sides.

In reality, each person sees differently, and different artists will use different colour pallets to represent the same thing.

Actually there’s many interesting examples of the exact opposite, for instance C19th Royal Academy trained painters who painted colonial landscapes in Southern Africa and Australia used the same palette as the one RA had advocated for depicting English landscapes, this is why most early depictions of these landscapes are implausibly green. In other words these artists weren’t painting what they were observing directly, they were painting what and how they had been trained to see.

@billybutcher , in case you haven’t found it, there is software that seems to have been designed to work with all NASAs data sets, including JWST. It’s called FITS liberator and it’s free
https://noirlab.edu/public/products/fitsliberator/

Edit : Just installed it, and it doesn’t seem very good. Not much you can do with the image and not a lot it tells you.

It seems that the data set you need to look at is the "Level 3 " set which has had image mosaics stitched. If you edit the download scripts you should be able to concentrate on that set (they are labelled L3).

Yes, I’ve seen that one before. Some of the links are broken, and what I did look at didn’t seem that useful.
Edit : looks like the page has been updated since I last looked over a year ago. I’ll have another look 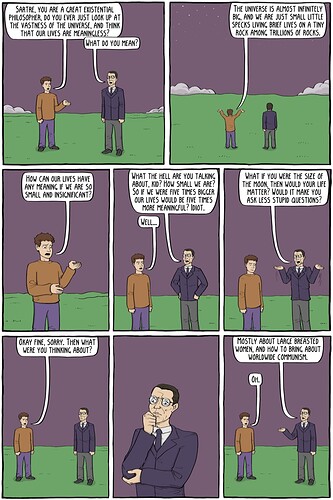 As far as Linux goes here’s the run down of everything accessible via that NASA page, I’m looking for something with source (even if not technically FLOSS) which compiules on a modern system.

So, that’s about it. Not sure where I go from here. Straying away from Linux, FITS Liberator looks interesting which would allow manipulation in Photoshop.

Siril - looked really interesting, the most modern app so far and looks to be under active development;

Yes, I’ve got that installed. It’s the only fits viewer I found that could properly analyse a user defined area of an image. That’s important for accurately calibrating an astro camera.

GIMP - well, it loads the images but needs careful tweaking of the “levels” tool to reveal any detail

You’ll find you need to do that with all images. It’s the first thing you do. Without tweaking the levels very carefully, you won’t subsequently get anywhere.

I use Kstars on a RPi4 with power board to control all my astro equipment. It’s pretty much the best thing there is for that. It’s done by the KDE foundation, but isn’t tied to KDE at all. The fits viewer isn’t great though, so I wouldn’t bother.

Not sure where I go from here

I think the main problem is that most fits viewers are designer for amateur astrophotographers who don’t use many of the more esoteric features of the fits format. Many of them just won’t support the JWST data sets. Kudos to GIMP for loading the images

fv broken link, seems to be at fv FITS Viewer now, haven’t tried to build this yet because it relies on a whole lot of other infrastructure from HEASARC

Yes, I tried that on Mint. Didn’t get very far really.

GIMP - well, it loads the images but needs careful tweaking of the “levels” tool to reveal any detail

You’ll find you need to do that with all images. It’s the first thing you do. Without tweaking the levels very carefully, you won’t subsequently get anywhere.

Yes, I get that but you’re so far over to the end of the levels control that there’s no precision to the adjustment in GIMP and no choice of transfer curve.

It’s done by the KDE foundation, but isn’t tied to KDE at all.

KDE/Qt apps *usually* run OK under Gnome (or Mate, which I use as my daily-driver window manager) but sometimes fail because I don’t have the environment fully installed (I only really keep enough of it installed to be able to run Kdenlive).

there’s no precision to the adjustment in GIMP and no choice of transfer curve.

I would be surprised if GIMP had no transfer curve facility. I don’t know, as I never used it before a quick go yesterday. There are lots of tutorials online about how to use GIMP with astro images.
My Pi runs Raspberry Pi OS, which is Debian with LXDE based desktop. It runs fine on that, but I may be using a custom build. I used a pre built image from Astroberry.

I would be surprised if GIMP had no transfer curve facility. 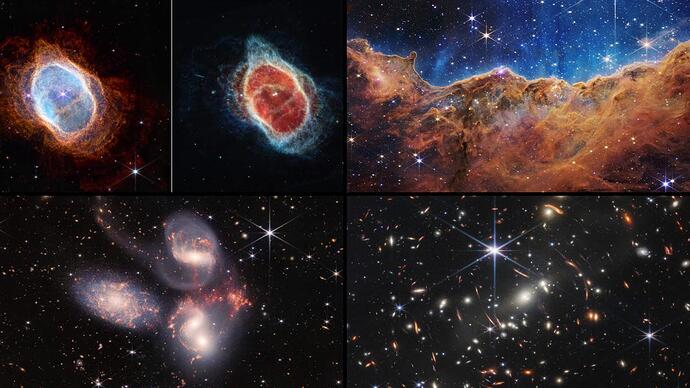 Stunning picture of a star (not)! 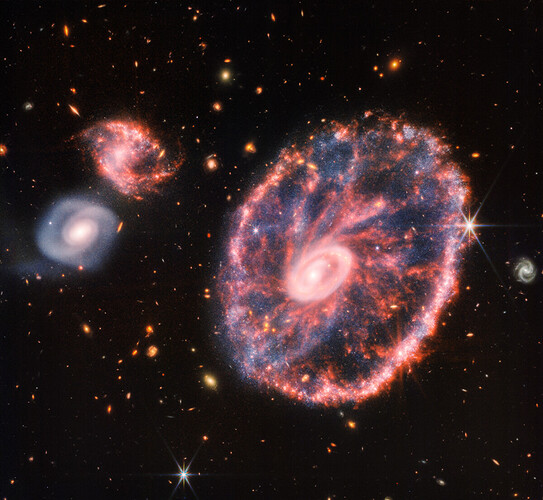 ‘I come to present my apologies to those whom my hoax may have shocked,’ renowned physicist Étienne Klein said

love it… my brother would be laughing his socks off…