A Dutch friend for whom we used to dogsit from time to time, had 26 dogs, of which around 14 at any one time would be both Wolfhounds and Deerhounds (Levriers d’Ecosse)

All were very gentle and loving, when I walked the whole pack (the smallest and most intelligent of the lot was a Spaniel/Dachsund X) the large hounds would often walk with me with head tucked underneath my arm.

But I did learn to listen for the sound of horses’ hooves and to keep in a straight line not wander. This because the noise was not of horses but of giant hounds who loved to miss by millimetres as they thundered past.

Sorry just re-read the thread title, so here is our old boy Boss, who despite his gloomy expression, brightened our lives for 16 months until he gave up the ghost at 12 years of age. 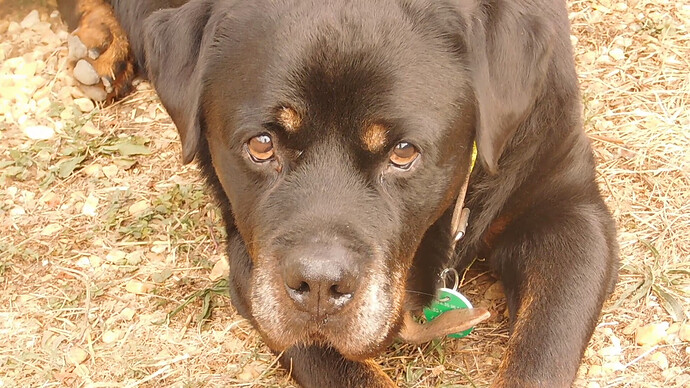 Yes, they have this unnerving thing going on called" ghosting". You need to know to step left or right at the right moment. Only, it differes with every dog. The lady I got my first DH of had a knee and a hip replacement. Thank you to the dogs. She was very proud of it, too. Some of us must have just overdone the dog thing a bit, I sometimes think…

so, are you the dogsitter I’ve always dreamt about?

so, are you the dogsitter I’ve always dreamt about?

I don’t know about your dreams Gudrun, but we were not in the market as such. Anna was the lady from whom we got our first 2 dogs, Greyhound sisters, and we became friends. The dog sitting was on a friendship basis and done for no-one else. She had a mini chateau on 8 hectares with a separate gite in its own grounds within. That’s where we lived for a week or so with a chosen few, mainly those clever enough to breach the fencing, and all the rest remained in the main house which, via an enormous dogflap in the kitchen door, was open 24/7. And why not, would you burgle such a place?

It stopped about 10 or 11 years ago as my wife became more frail and disabled and my time was more and more taken up as a volunteer dog (and occasional cat and wild animal) transporter all over Europe.

I would, in keeping with the thread title, have posted another photo , but my external drives are in another room. I’ll do 2 tomorrow to make up for it.

LOL. So much fun. I had to laugh and laugh. The things our dogs let us do!

As promised, a bit late, Lira arriving home with Fran after breaking her leg. Not the first time. 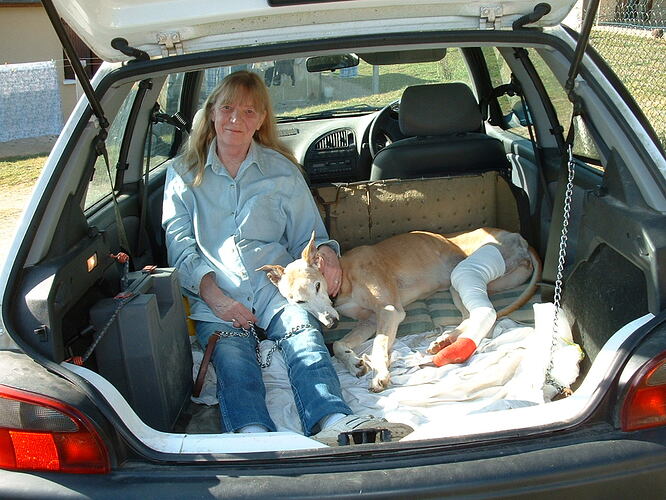 And Lira with Lurch, a real gentle soul. He is the one on the right and, because in his previous home the children had crayoned on him, we spent quite some time trying to wash the black lines from the corners of his eyes.
Then we realised that that was part of his 10% Saluki heritage. 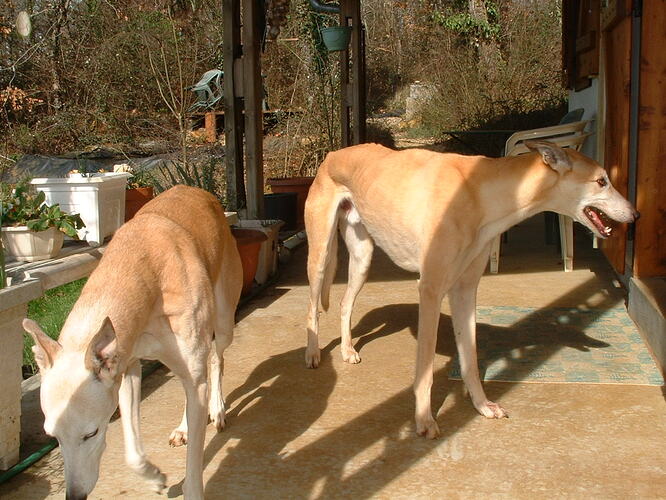 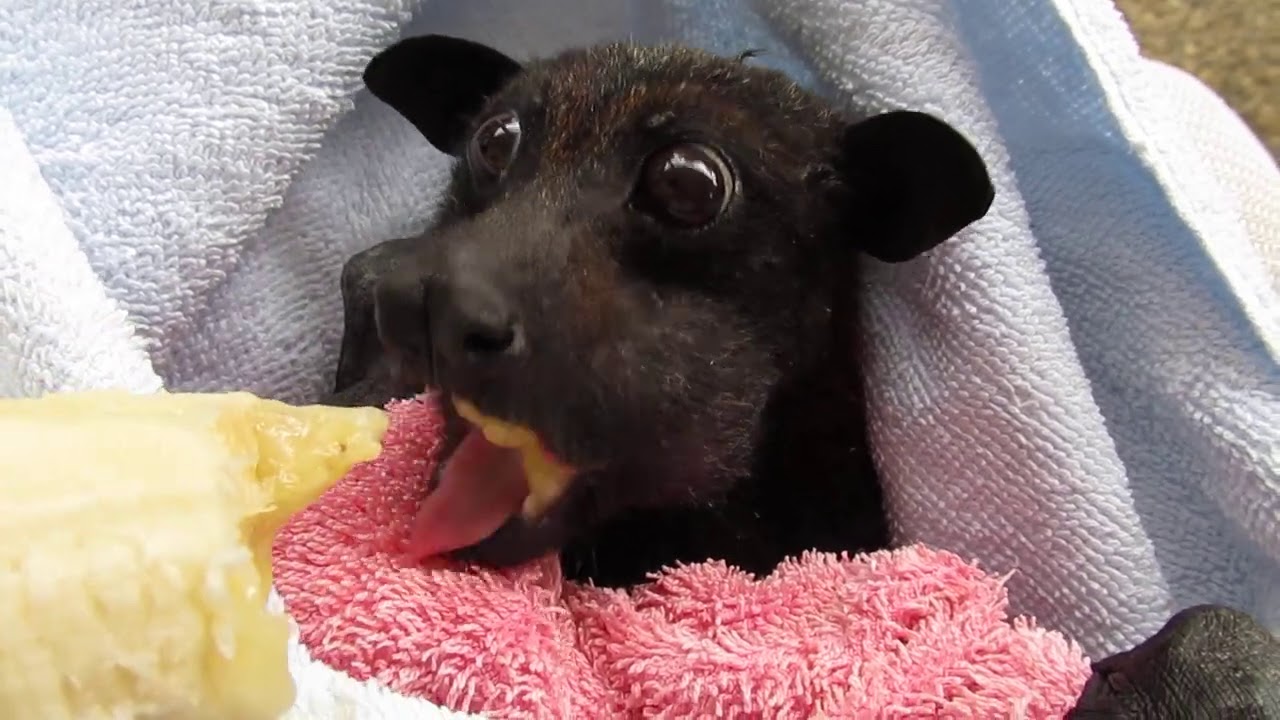 What a lovely little chap

Oooh a fruitbat, I dote on them

Oooh a fruitbat, I dote on them

Shhhh - His name’s Fruitbat but he’s a dog 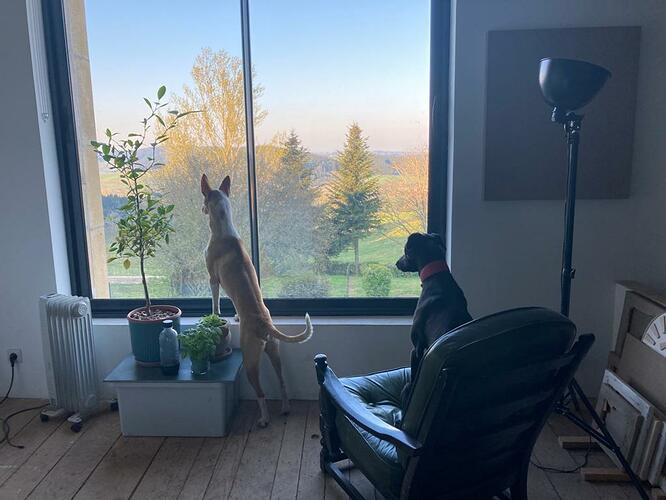 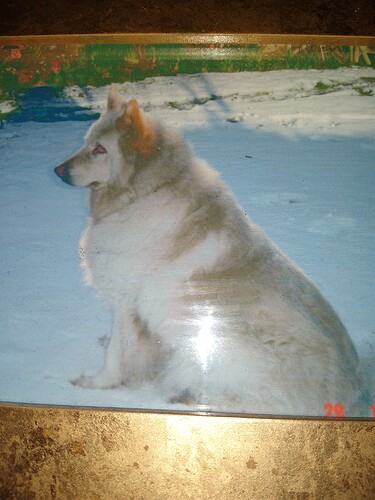 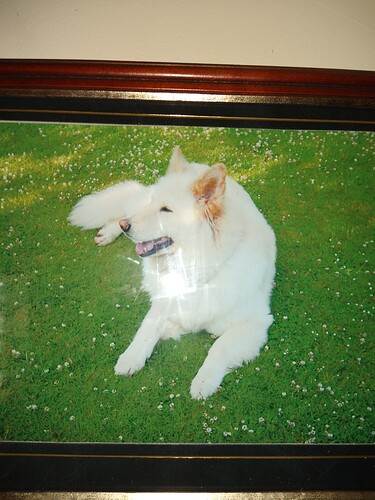 From left to right, Tilly, Gaïa and Joey. It’s a bit far off because I took it from the second floor window. It’s very hard to get all three of them together especially when I’m with them! 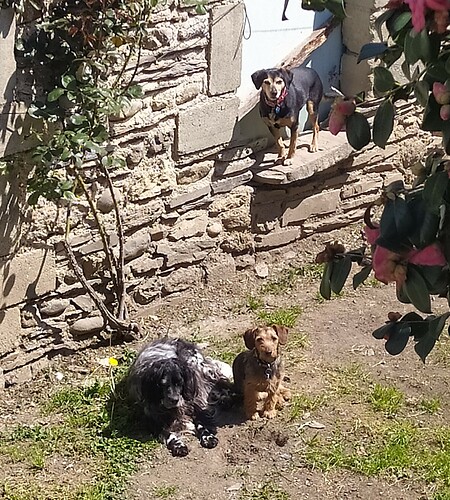 Tilly having sneaky sit on the sofa… 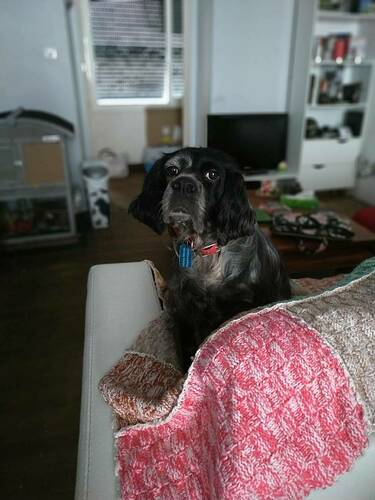 Last one I promise but I really love this photo. Gaia has to come to the office with me when I’m having work done on the house because she’s scared of anyone she doesn’t know and tends to run away from home 🤦🤦🤦 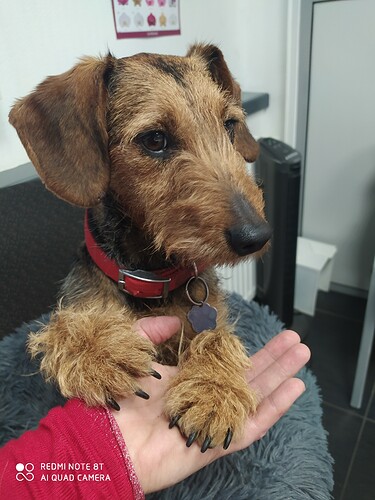 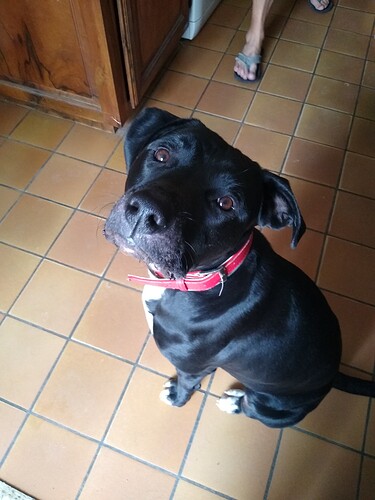 She’s listed as fox terrier/teckel cross which I can well believe! She is what I call an adorable demon. The trick is to keep her sufficiently stimulated so that she doesn’t get bored. Otherwise she can destroy anything. She chews through metal and jumps 1m60 fences as if they weren’t even there…

I wondered - she has that teckel look, but also the terrier. This is ours - an Airedale - when she was a pup - similar head and ears shape and colouring - just a bit bigger! 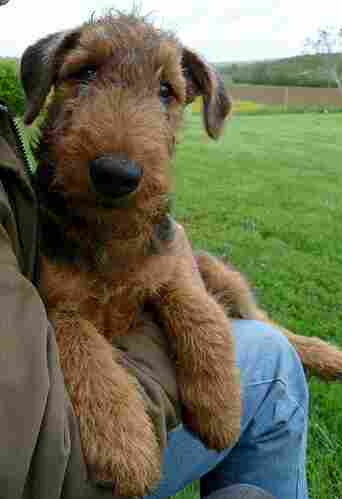