'Embarrassed to be British...'

Sorry, those were the best emoji’s I could find

Absolutely spot on for me. That’s part of my youth … unfortunately ??

Too true Geof, I am so sick of lies, lies and more lies and no repercussions for the smug lying bastards.

I’m not so sure a hard customs border would impact daily commuters too much. There’s not a lot you can smuggle in a car, so cross border travel for family, friends, work, education even medical treatment need not be impacted too much. Just process vans, trucks etc. It would be symbolic of course but I’m bloody well fed up with stupid nationalist and unionist symbolism that screws things up for the moderate majority.

People and businesses south of the border negatively impacted could be compensated by some EU funded regional development scheme and those in the north could go whinging to the bastards that caused it all in Westminster.

I was fifteen and living in Dublin (with a London accent

) when the “troubles” started and I understand the civil rights issues that caused them, but there was little reason for violence to persist to 1998 except for the intransigence of the UK Government and the extremists on both sides… Then the GFA breakthrough happened and we rejoiced, but we didn’t get peace, we got a "peace process”. Peace is a destination not a journey, what we really got was simmering standoff, with all the old real and perceived issues bubbling away below the surface.

Now the clown bastard PM that as a puppet of the ERG et al facilitated Brexit puts the livelihoods and safety of moderate Northern Irelanders at risk for his own warped ends. Democracy is broken.

Coke, he’s previous of course and the lack of a septum (not to speak of a moral compass) is a real give away.

And the red face, twitching, blinking, sweating and talking bollocks - but actually that just seems normal for members of the cabinet

I think I need drugs after watching that.

Sorry, those were the best emoji’s I could find

This is the clip… 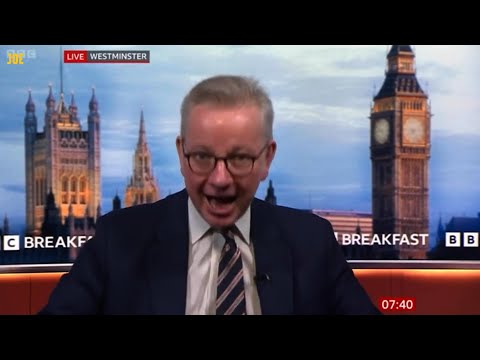 This is the clip…

Probably the worst bits - I posted a longer clip with (I think) the whole interview.

Cringeworthy doesn’t even start to cover it.

I promised not to post so much UK political stuff.

Why? - I like your UK politics posts Billy - and @John_Scully 's (I’m even fond of John’s habit of starting a new political thread every other day!).

It looks like he partied hard the night before with his good friend Charlie again and has yet to get to sleep.

On this day, 12 May 1916, Irish republican and socialist James Connolly was executed in Dublin for his role in the Easter Uprising. 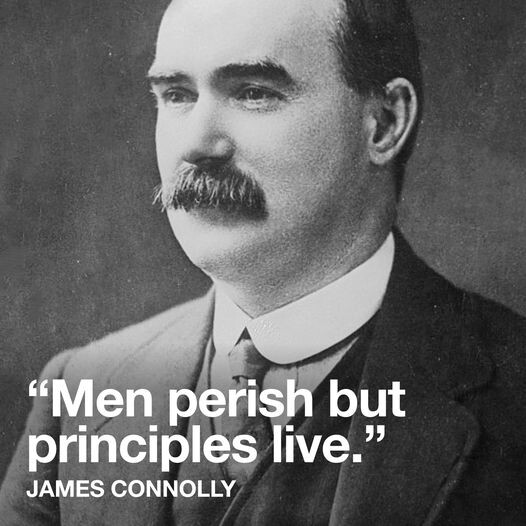 Frankly, the only one of the rebel leaders I have respect for. The others were dreamers, especially Pearse.

a satirical view on the Gove interview for your amusement 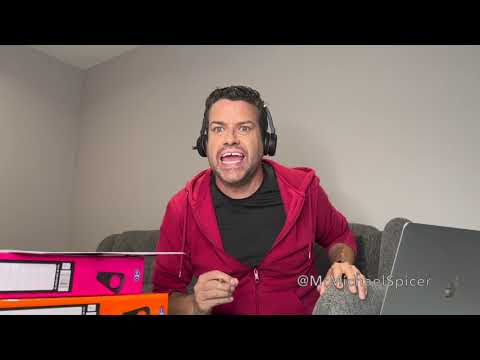 Is there a ‘best of both worlds’ argument in favour of the North being economically in the EU but politically in the UK? @John_Scully ?

A growing body of evidence suggests Northern Ireland has adapted and started to profit from its new situation, with the benefits of full access to the EU single market and the rest of the UK outweighing the costs of administering checks on some goods entering the region from Great Britain.

“Every piece of evidence presented so far shows a positive impact,” said Stephen Kelly, head of Manufacturing Northern Ireland (MNI). The protocol initially disrupted supply lines but is now cushioning the region from the costs of Brexit, he said. “Our members have largely gotten to grips with it. Three-quarters of them say there are opportunities and [they] are grasping those opportunities.”

The Northern Ireland protocol is said to be a blight on regional economy....

After an initial shock to businesses, manufacturing jobs are growing four times faster here than the UK average

Having their cake and eating it too?

In a way it seems that’s true. My guess though is that the unionists (on both sides of the Irish Sea) are afraid of prosperity - with good reason I think, not only because extremism declines with shared prosperity, but also because as NI is seen to be doing better than other parts if the UK, the case for a united Ireland gets stronger. 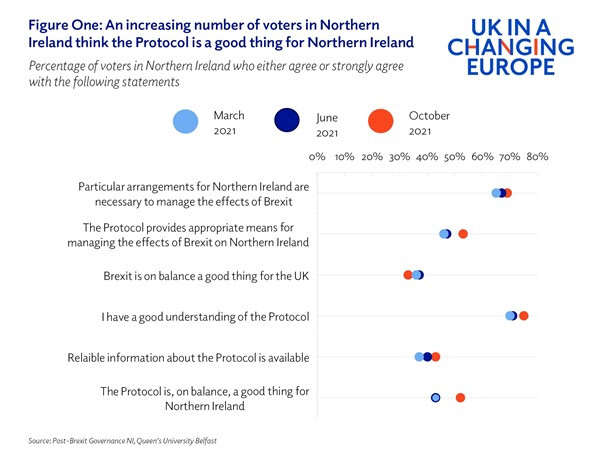 You have to ask what on earth the UK government is doing - and why?
In view of the above - the protocol is working well for NI, and is increasingly popular - and parties that support it are now in the majority there - why is the UK prepared to further undermine its international standing, and risk chaos at its other borders, and in its fisheries?

Because Boris and Brexiteers in general need to continue to play the victim and keep the culture wars alive to encourage their fanbase.

The Tories are addicted to conflict with the EU, for fear of taking responsibility for the consequences of liberation, says Guardian columnist Rafael Behr

Yes, that’s what I thought - and I posted in another thread earlier that view form inside the Tory Party…

I see Tory Baroness Warsi has just made a speech condemning the ‘culture war’ tactics of the UK govenment:

“I’m increasingly of the view that culture wars are sapping our energies and stopping us from solving the real issues of the day. A divided country may help win elections, but it doesn’t win a nation.”

… but are they really willing to provoke the chaos - and possibly killing - that might follow just to… what? Avoid a leadership challenge? Go to the country amid a xenophobic frenzy?

Former head of the WTO is also puzzled…