How much does it take to live?

In my experience I’ve always lived within my budget within reason. I’ve managed never to get into large amounts of debt and never managed to save much either. My disposable income is far less now than it was six years ago but I’m not sure where the extra money went, I seem to manage OK on what I’ve got now.
Is there also a hidden question here Norman? Are you asking for examples of affordable areas where there might be more going on for a person in your position?

None of those figures for council tax, water rates, gas and electric etc relate to current costs in the U.K. - the only discount for council tax is 25% for single occupancy.

C’ I hadn’t looked at it in that light, but almost certainly that would be a consideration, although I am not really a ‘Club Joiner’. I am in a developing situation which could might go either way, but I am checking out the options!

The UK figures are probably in the right ballpark but, especially for the case of a single pensioner are heavily biased by UK specific benefits and costs.

The list is a reasonable starting point, if only to make sure you have got a figure against each category and looked at, say how TdH and TF compare with UK council tax charges but I’d be very wary about using the headline figure without further analysis.

I think it’s possible to live on 832€ a month until you’re faced with the irregular bigger costs. Things like a new pair of glasses, new tyres for the car (cheapest quote for 2 tyres I could find was 166€), the washing machine breaks down and so on. What if there are bigger costs such as needing to replace the boiler or, even worse, the car?

If you have savings to cover these things then I think it can be done but, if you don’t, I imagine that you would feel vulnerable attempting to live on that amount.

All the best x

I can’t remember what scenario 832€ a month applies to but it strikes me as tight.

Assuming a couple, not necessarily elderly but retired/inactif living in a paid-for 3 bedroom property in la not-so-profonde France, with a car, let’s make some headings (plus notes) for the essentials - per month:

Food - 320€
I’m basing this on our family spend, less a bit (less quite a lot actually). Maybe a little generous?

TF/TdH - 50€
I’m assuming no TdH as this is main residence. Our TF is a shade under 600€, don’t know if that is average or not. TF is not paid by certain groups (see later posts).

TV - 12€
TV licence s currently 139€ per year, but if you were means tested as exempt from TdH (which you would be if you only had 832€ per month income) then you would not pay the TV either.

Heating/energy - 100€
I’m lumping this all together, increased from 75€ based on @Teresaship’s comment; could still be a little on the low side depending on type of fuel used?

Clothing - 50€
No idea, is 600 per year for a couple unreasonable? The last pair of jeans I bought were not expensive but still 60 quid.

I know the original query was for a single person but, apart from a lower food bill and just one mobile phone it probably isn’t much cheaper for one than it is for a couple.

Any comments - that’s 816€ per month (754€ if not paying TF/TV) without anything for health cover or much in the way of luxuries - no eating out, no cinema, no small amount put aside per month for unexpected bills, no household costs, no toiletries etc.

Have I forgotten any categories, would anyone care to proffer figures based on experience living in France??

Do you speak French? Do you want to be close to best hospitals just in case? Do you want more sunshine than 90℅ of Spain? Easy airports to UK? Fastest trains etc? Ever wondered why some regions are cheap for houses ? Do you like the beach? By tram for £1?
OK you can’t buy for £70K but that could get you 15 years of rent near Montpellier.
Renting is cheaper here. Buying has lots of extra expenses. 9℅ here, 7℅ there etc.
Buy somewhere north you’ll be cold and maybe cut off in the winter.
Good luck.

We are inactif. Out TF/TH is almost €200 a month. We do have a pool but it’s not a big house. Hopefully the TH will drop a bit next year once we are resident. I think your heating estimate a bit on the low side for people who are older depending to some extent on type of fuel.
Otherwise probably about right.

I think your heating estimate a bit on the low side

I’ve tweaked the heating up and the total down based on the fact that if you really did only have 832€ then you will be exempt from paying Taxe Foncière and the TV on income grounds.

If not covered by S1 then adding in health insurance would easily take you significantly over 832€ per month.

Any other comments welcome.

Why would health insurance take you significantly over €832 per month? If they were registered with PUMA they would be paying 8% of nothing and that’s really not very much at all.

Why would health insurance take you significantly over €832 per month? If they were registered with PUMA they would be paying 8% of nothing and that’s really not very much at all.

Don’t you need to fund health yourself (initially at least) if not covered by an S1?

You can apply for PUMA after 3 months.

You can apply for PUMA after 3 months.

So, I can move to France next week (aged 55 so no S1) not working and get my healthcare for free after three months?

If you have sufficient but not too much income. Any sort of pension is very useful.

Hi Paul… Taxe Fonciere is payable by all property owners… unless

I think what I am really trying to say is… think of the figure you will need and double it. If you do not have enough to do that… buy a smaller/cheaper to run home to leave more money in the kitty…

In theory yes and something I am still personally working through…

In theory I was wholly entitled to apply 3 months after arriving in 2016 but I left it a while…I’m very much for taking responsibility for my own health so it wasn’t on my list of priorities…still isn’t…,but I still don’t have my Carte Vitale…x

Hi Paul… Taxe Fonciere is payable by all property owners… unless

Isn’t there also an exonération based on income or have I misunderstood this info: 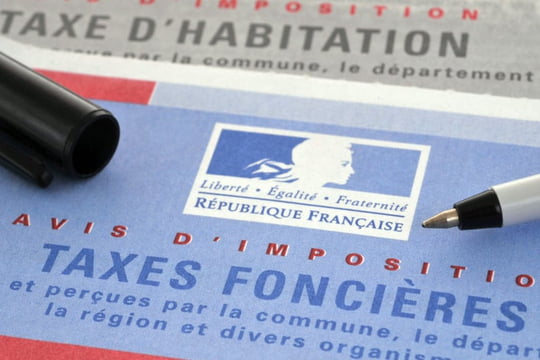 If you have sufficient but not too much income. Any sort of pension is very useful.

OK, I’m genuinely interested in this because it is something I haven’t been able to get my head around or find a simple explanation for.

Am I right in that:

If I come over as a UK retiree I can (currently and, as far as we know, post Brexit) get an S1 which means I’m entitled to healthcare/CV and the cost is reimbursed by the NHS.

If I come over and get a job which pays enough I presumably pay whatever cotisations are due and get healthcare - I might need to pay for mutuelle cover to top this up as not all costs are covered by PUMA.

As an aside the mutuelle fees were what I was mainly thinking of when I said that health insurance would easily take you over 832€ if other outgoings are in the 650-700€ range as I’ve seen figures up to around a couple of hundred euro per month for cover.

If I come over before the age of 67 (so no S1) but with enough retirement/investment income I’ll presumably need to pay cotisations as well.

But there is a narrow band between the minimum income and the income level at which you start paying cotisations (I believe this is 9,654€) - if you fall below that but above the minimum what happens? Does being an EU national or not make a difference. Sounds like Helen is in this band.

It’s a bit academic as I’m unlikely to be able to afford to quit work until I reach official retirement age so should get an S1 at that point but it depends a bit on how badly the government buggers up the country with Brexit.