The pound rises sharply to a week long high!

Thank heavens the Bank of England have cleared up the govt mess although at enormous cost.

OBR: we offered to update forecasts in time for ‘mini-budget’

The Office of Budget Responsibility has confirmed that it could have produced an economic forecast in time for the “mini-budget”, but was not asked to do so by Kwasi Kwarteng.

It adds further details to ongoing objections that the chancellor’s move, which included £45bn of tax cuts, without a clear economic forecast to back it up.

In a letter to the Scottish National Party’s Westminster leader Ian Blackford and the party’s shadow chancellor Alison Thewliss, the chair of the OBR confirmed that the body sent “a draft economic and fiscal forecast to the new chancellor on 6 September, his first day in office”.

Richard Hughes wrote: “We offered, at the time, to update that forecast to take account of subsequent data and to reflect the economic and fiscal impact of any policies the government announced in time for it to be published alongside the ‘fiscal event’.”

“In the event, we were not commissioned to produce an updated forecast alongside the Chancellor’s Growth Plan on 23 September, although we would have been in a position to do so to a standard that satisfied the legal requirements of the Charter for Budget Responsibility.”

Soaring?
It is still well below what it was before Truss was announced as party leader and still well below what it was before KamiKwasi stood up at the despatch box where it plummeted as he spoke…
Whilst it rose sightly on hearing the news that the PM and her chancellor had at long last now met the OBR, it fell again when it was realised that they would not publish the OBR report as expected until November as previously indicated.
Thank your lucky stars that Gordon Brown made the BoE independent otherwise thousands of people with mortgages and pensions would now be facing absolute ruin.
I really feel for those who had secured mortgage offers which have now been withdrawn by lenders.
The bank having to effectively buy its own currency… well

One day this government will be out but people lost in a senseless killing spree don’t come back.

I think I said in another topic that this is no more than a dead cat bounce as described by the experts who know about these things.
If you’re so supportive of KaziKarmi economic policy, I’m sure you will be welcome in Birmingham from Sunday at the conference. By all accounts there’s going to be a dearth of the Tory faithful there… You could always offer to hold up the “clap!” boards at the front

I think it’s a bit more than just a dead cat bounce. Through £65bn might have had something to do with that 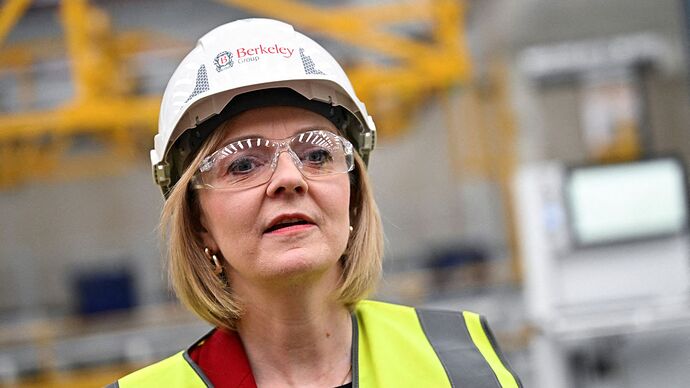 Cost of living and economy latest as NHS staff leave for better-paid jobs in shops and hospitality; Kwasi Kwarteng is urged to bring forward his medium-term budget from 23 November; landlords ask for action on soaring rents.

If within a couple of weeks of starting a new job I had made a cock-up which cost £65bn to fix - I think it is likely I would have been called for a meeting to HR to discuss it.

There is no higher authority in this case though, is there? Other heads of state have political power but, being a monarch, the king doesn’t…

but, being a monarch, the king doesn’t…

more particularly being a constitutional monarch… time for revolution… 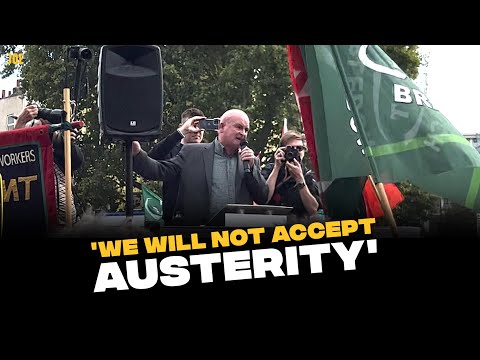 I really feel for those who had secured mortgage offers which have now been withdrawn by lenders.

According to my “financial bloke” who gave us a chat about this at our business networking group on Friday morning, people who have signed paperwork with mortgage lenders will be OK - it’s just new applicants who will find a greatly reduced range of mortgage products available.

He was quite sanguine about the situation and reckoned it would sort itself out… he also pointed out that although everybody has been shocked by the rise in rates, in historical terms they are just going back to typical values, we’ve had unusually low bank rates for an unusually long time, so people think that’s the norm.

Not sure I agree with him but there it is!

I am very grateful that when I bought my first flat the mortgage interest rate was 15%. It meant that if I could afford my repayments at that level then as the rate came down things only got easier. At the time, I was just grateful I’d got on the property ladder and had no view of what the future might hold. Also, I was only able to borrow 2 1/2 times my salary.

These days, a lot of young people are going to be in for a real shock as they’ve never known anything except low rates and have been able to borrow ludicrous multiples of their earnings.

able to borrow ludicrous multiples of their earnings

That’s not really true of young people ‘these days’ Sue. It was true of the previous generation - but the tightening of lending criteria after the 2008 crash effectively ended all that - and indeed excluded the vast majority of young people from buying any property at all.

The prospective FTB of my late Mothers property has reduced his offer by £10k. Sighting a new mortgage deal after the rates were changed. Bearing in mind he also gets the benefit of nil stamp duty I think he is trying to take us for a ride.

@Corona market forces… I’ve told this story before.
in the wake of the 2008 crash, we eventually accepted an offer £400k lower than the original asking price after someone punted £200k lower and we told the agent to tell them to get lost… they did!

I think he is trying to take us for a ride.

Going to see a flat in Spain, the agent started waving a piece of paper about and talking about the price. “Oh yeah!” I thought, “Here we go - up”

But no! The seller had that day instructed the agent to lop off €10k ! My pal, helping me with Spanish, whispered in my ear “Don’t fuck around! Take it at the price!” I did.

Here in Calvados, sitting in the agent’s office having seen this house, I asked her what sort of offer I should make. “Why not try €XX?” “That’s €10k off!” “Well, they can always turn it down”

They accepted without any attempt to ‘meet halfway’ or any other price.

After the chancellor ditching the 45p tax reduction this moring, the £:euro rate is up to 1.14

yes, we’ve hedged our bets and punted 50% of the sterling we have in Revolut and got 1.1412
Isn’t KamiKwazi due to speak today at the party conference?
Wait for it to drop again when he says he will restore his measure at the first opportunity

I think he is trying to take us for a ride.

Ypu have a potential buyer, what is 10k in the grand scheme of things, you say ‘us’ suggesting more than one benefactor so 5k, 3.33k, 2.5k each.
Bird in the hand surely.
With the potential of more expensive mortgages on the way the longer you hold out for what you consider to be the price you want will ebb away.
First time buyer or not, that is the buyers benefit so why should it be considered that their benefit should be shared with the estate of the departed.
Take the offer and move on.