Does he believe in roof insulation?

If it were a house, yes. Don’t need insulation in my garage or in the barn. But could easily be applied on the underside if needed at a later stage, if any future owner wants to convert either or both into living accommodation.

Moving along fast. The original oak ridge beams remain, though slightly sagging on each side of the party wall, which will result in that typical humped wavy look, reminiscent of old terraced barns and houses, which is OK by me.

I think at some later date I might get that front wall rendered – the stonework looks to be in a bit of a mess. Probably cheaply constructed a hundred or more years ago, for wine pressing, and probably badly maintained.

Inside there’s a built-in stone bath-like structure, 3.5m x 2.5m and about 60 cms deep, with a large stone outlet at its lowest level, for what I think was for communal wine stomping. 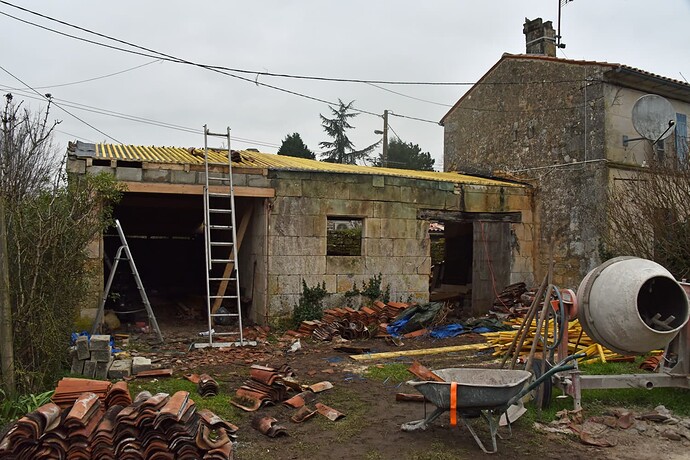 I purposedly made my roof a bit wavy when we re roofed so as to escape the dead flat obvious roof newness and glad I did as it is aging in nicely.

When we restored our cottage/gite the roof had been taken off by the previous owners but the tiles had been stored. We were able to use some of them so the roof right from the word go had a nice “weathered” look

I love seeing projects like this, especially that arch

It took me 3 month to replace the roof on ours, it was a lot of roof, just two roofs to go now. 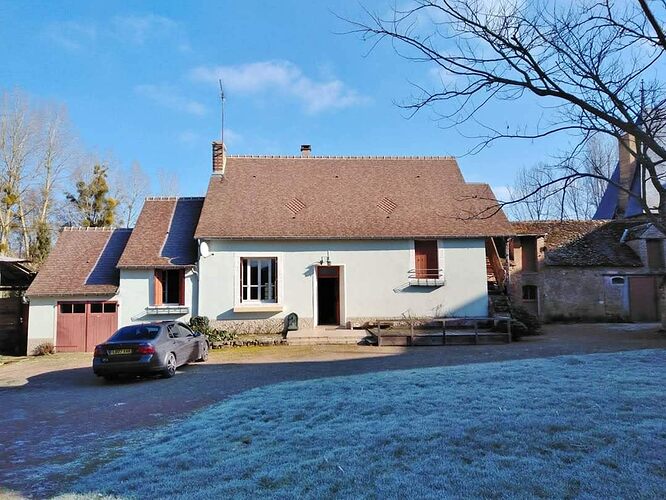 All unbroken tiles will be mixed with new, so not sure how that will look - peppered!

The garage roof is moving on. I see the French have builders’ bums as well…! Or in this case, roofer’s bum. 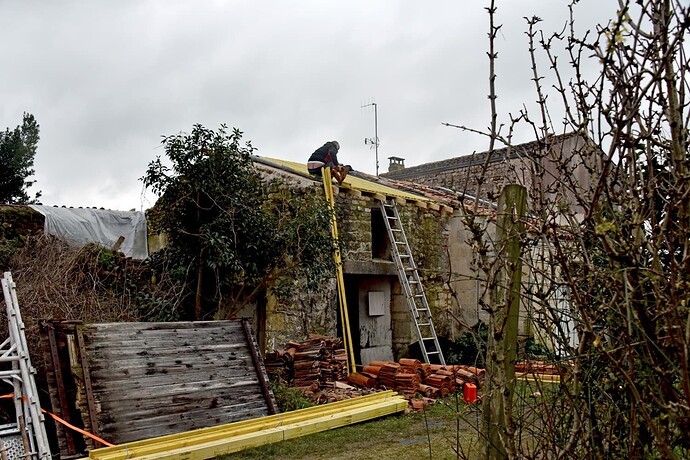 s will be mixed with new, so not sure how that will look - peppered!

Not as peppered as ours!! 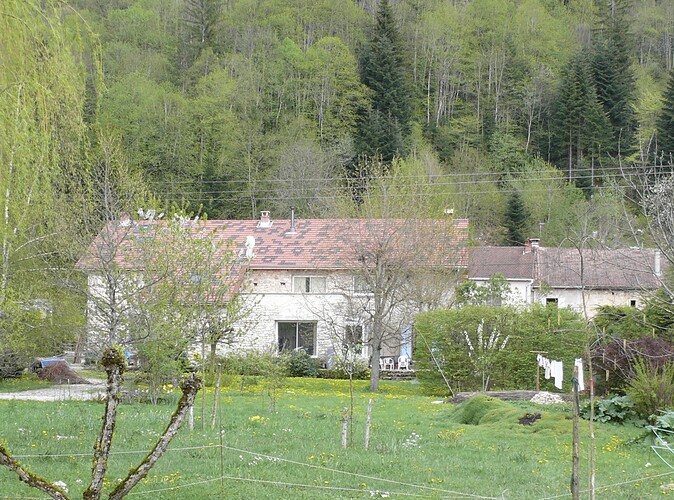 A classic case of French roofer knowing best! In the end we decided it was funny and didn’t ask them to reorganise the tiles. You can see it clearly from top of cliff and it makes me laugh every time

Brushing live natural yoghurt on them will encourage moss and lichen growth, particularly if you’re in an area where the air has a high moisture content.

Sadly that doesn’t work on these sort of tiles….our daily temperature fluctuations can be huge so these aren’t like the southern French clay based tiles. Luckily I have grown to like our strange hieroglyphics.

On this stretch of the Lot old tiles alternate from one village to the next between clay and lauzes . Our house is tall and narrow and the roof, probably C14th is tiled and very low pitched, whereas the village’s later houses are only two storeys but are wider, tho’ still under tile, however just a few kms upstream, you’ll see low, narrow houses with steeply pitched lauzes stone roofs. These houses have a tiny footprint because the roofs are so heavy, but they are lovely, like fish scales. 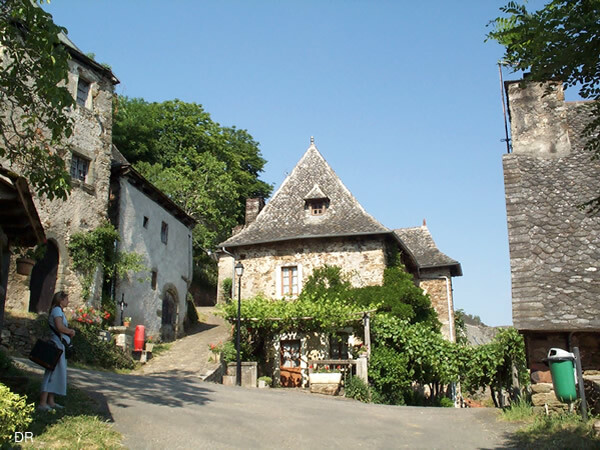 Rooftops can be simple and lovely, when you get to see them. On a walk in town, Saintes, some twenty years ago, I passed by these rooftops from high up and had to take a photo. Traditional French clay roof tiles. 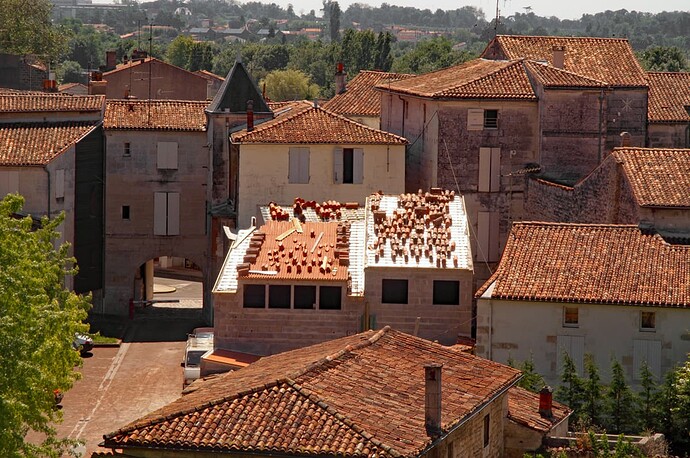 You don’t want moss etc on them - it’ll trap water, which will freeze and crack your tiles.

The lauzes roofs that I posted above are very mossy and unlike us in the valley bottom, they get frost - a couple of winters back about 90% of the vines (AOC Entraygues & Le Fel) were damaged by late frost, but the roofs all seem fine.

From the resto terrace at the top of the village you have a great view of the roofs - it’s a lovely spot where we always take first time visitors for lunch La Vinzelle, village perché entre Cantal et Aveyron - www.dedans-dehors.com

the roofs all seem fine.

Interesting, I suppose the lauzes are less susceptible, being schist and much heavier than tile . Once a century or so a roof might get relaid with the pegs being replaced, but the actual tiles last forever.

Incidentally on S Africa’s Easter Cape moss on the roofs of 1820 Settlers’ ‘cottages’ is greatly prized as it takes a century or so to form and there was an outcry in the local paper when someone who was new to the town had their roof cleaned. Mind you, it’s a bit drier there.

And I doubt it freezes so much. Could it be quite cooling in that setup Mark?

Those patches of darker tile have had to be planned, set out like that in such a methodical manner. Wonder if the roofers have done this on other houses – their trademark - pointing up to the heavens, to the great roofer in the sky!

planned, set out like that in such a methodical manner