civil servants were not at their desks 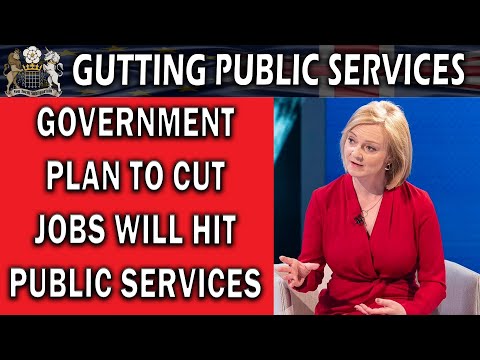 The only public services not facing a major shortfall are defence (whose budget Truss intends greatly to raise) and roads. There’s a reason why the government spends so much on roads while strangling the rest of the public sector: they are among the few public services used by the very rich.

As, of course, is defence…

Shocking news pours in at an accelerating pace. One day’s inbox can scarcely contain the avalanche of reports on failing public services and households stricken by debt.

As I write – ping! – here comes the Office for National Statistics reporting repossessions by county court bailiffs increased 1,611% between April and June. Expect many more now that Covid restrictions on bailiffs have been lifted. Meanwhile YouGov has found that 54% of people think it’s unlikely they will be able to afford their energy bills this winter.

Or should I choose Andy Cooke, the chief inspector of constabulary, who has pointed to the abject failure of the police? “Dire charge rates” show that a suspect is charged in only 4% of thefts and 3.7% of house burglaries. People will remember those cuts that reduced the number of police officers by 20,000.

The disgrace of private children’s homes making a fortune out of misery is again exposed by the BBC, with companies charging anything they want due to the acute shortage. Ofsted’s chief inspector, Amanda Spielman, warns: “We have companies now in the market who really don’t have very much interest in childcare.”

Ping again! Literally, as I wrote the above sentence, in comes the latest NHS waiting list figures, risen to an unthinkable 6.73m. While two-year waits went down, one-year waits rose. Squeeze one bit of this service and it bursts out elsewhere, after an austerity decade of falling per-patient funding – and no future workforce plan.

The Health Service Journal and Newsnight this week revealed leaked figures showing that published statistics undercount the true number of cancer patients waiting for treatment. The number waiting beyond 104 days, the crucial three months after which they risk “potential harm”, has doubled to more than 10,000. Don’t mention ambulances. Or that even the inadequate NHS pay package is underfunded, so that the NHS will need to cut another £2bn to pay for it.