I was shocked to learn the age of the assassin. I make no excuses for the killer but the priority must be to discover those who poison the minds of others. Religious extemism is well known for making even ‘good’ people do terrible things. I hate the empowerment these events give to the far right, and of course the harm they do to moderate muslims. The slaughter in the mosque in New Zealand shows us how deadly the consequences can be.

Try taking a look at the Quakers, The Religious Society of Friends and you might very well change your mind. 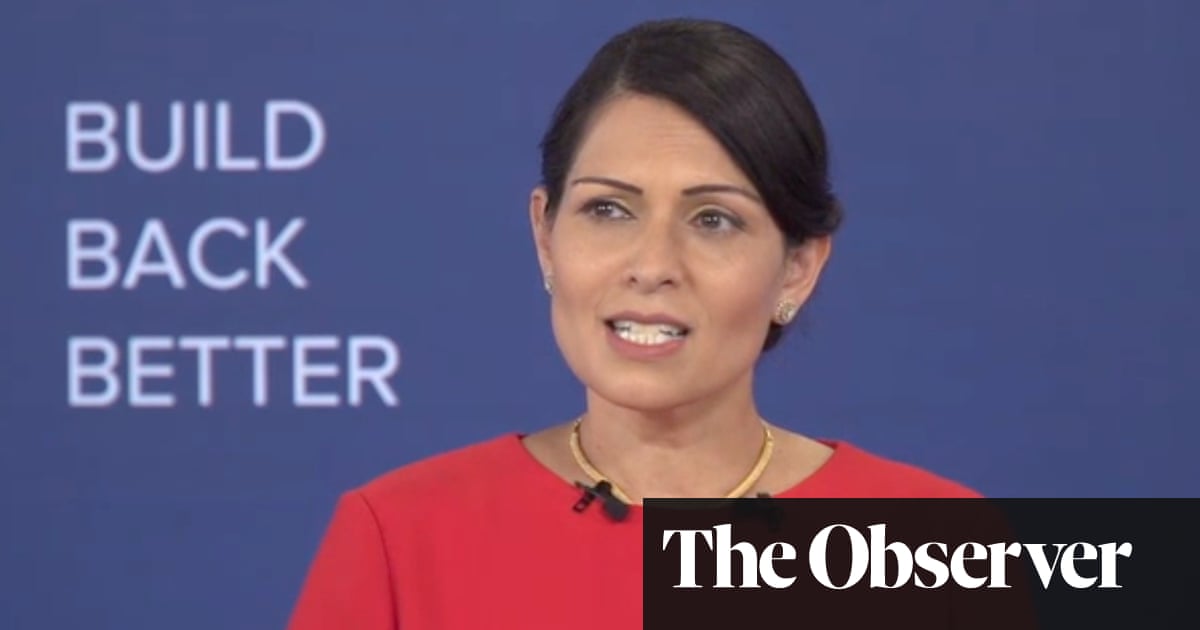 She’s one of the inner circle of neo-nazties.

To me the behaviour of extremely religious individuals is just very strange !

I agree Annie - and I think there is a lot of prejudice in the description ‘islamic terrorism’ instead of the more accurate ‘religious terrorism’.

Historically, in fact, christianity has been far worse than islam - and not only in the distant past: there are many christian terrorist groups that are ‘worse than ISIS’ such as the Lord’s Resistance Army, that is estimated to have killed, maimed or raped 100,000 people in Uganda and neighbouring countries, or the christian extremist that assassinated the abortion doctor George Tiller in America in 2009, or the ‘christain terrorist’ Anders Breivik who killed 76 Norwegians in 2011.

To me, there is an obvious problem at the heart of most religions: that they site their moral sanction outside of the human world - explicitly beyond rationality or dialogue - and therefore, ultimately, closed to the reasoning and feelings and standards of other people.

I was shocked to learn the age of the assassin.

My life-long experience as a psychiatric nurse leads me to suspect that the teenage killer had developed paranoid schizophrenia as a result of the circumstances surrounding his seeking refuge from the war-ravaged hell-hole he spent his childhood in, and the trauma of his resettlement in a strange land.

This is a well-known psychiatric sequel to displacement. It is not a justification but a valid hypothesis. I have seen many such tragic situations, including several instances of loving parents who have slaughtered their children.

We shall never know because he was shot dead at the scene.

To me, what I find most unacceptable is Twitter and facebook’s reponses of “we are not responsible for the content of the videos users post and cannot delete them”, after many “good and decent” but offended (let’s call them) “believers” posted videos calling for revenge onto this teacher after a pupil had reported that he had shown the Charlie’s drawings in class.

so it was a media bullying campaign, a “fatwa”: a condemnation to death intended to any good believer out there.

Similarly the French girl who criticized the believers-religion in a video received 100 deaths (and rape) threats every minute, she has dropped out of school and is hiding.

So Facebook and Twitter have no control over videos and posts? REALLY? I must try top forget the number of times a post or video I shared was deleted, and I received a message from Facebook warning me 1) I had “shared too much information” (apparently there is such a thing. I had shared 2 videos in 2 weeks) 2) I was circulating fake news 3 ) I was sharing data that goes against their “community standards”.

Let’s see what was immediately deleted:

So while I can still see videos of animals being dismembered or crushed to death (a sexual trend, I am told) being circulated and dating from 2015, discussing Covid, vaccines or missing children somehow triggers an algorithm and gets censored + gets you punished (immediately after sharing the video on the various genocides in History I also received a message saying my account was frozen for 3 weeks, something that most people signing environmental petitions (for example for bees) are used to).

Meanwhile, if you belong to an organised patriarchal religion, it is OK to call on the death of someone you feel has disrespected your community’s rules! that is what Facebook and Twitter are for!

I used Facebook and Twitter around the time of the Brexit referendum. I discovered a lot of people out there had views that I found offensive and not just about Brexit. Lots of hate churning out there. I feel I am much better off not using
these social media platforms. My regret is that I can only suspend my Facebook account else lose Messenger which is useful to me. I would rather delete the lot.

Jane, I was raised in a catholic convent school and I have seen all facets of harassment and abuse in the name of religion. Therefore religion is something that I do not do well with, because in the end it was used to oppress people to the benefit of a few!

Most of the people on this forum are living in a democratic system and to voice threads over twitter and facebook would not be appropriate. That behaviour shows a lack of self-discipline and this is a great problem in the world today, because with the internet anything goes and the world is going to hell in a hand basket, because ethics and character do not count any longer!

You have seen the Roman Catholic religion at its worst.
Quakers are equal, men and women and there are no clergy.
You are accepted for who you are and when I started attending in Cirencester, I was overcome by the eclectic books they had in their library. I was asked where I was on my journey and helped from then on, at my pace.
In UK most worship is silent, no Bible readings, no prayers that you might not agree with.
It was an eye opener for me and now that there is no Friends Meeting where I live, the nearest is Geneva and I miss it.
Friends are accused of being middle class intelligentsia and no one is going to push them around!

Sorry this tragic event had to take place. My surprise was that college did not put a stop to it before it began as I thought education was meant to be secular in France.

My surprise was that college did not put a stop to it before it began as I thought education was meant to be secular in France.

What do you mean? Collège put a stop to what? Of course education is secular, we do not teach religion as something to believe in, but we do teach about freedom of expression. Blasphemy does not exist in France. The Charlie Hebdo murder trials are on at the moment and I am not at all surprised that the caricatures should have been mentioned in class now.

Not at all sure where you get your info from but I think you need to look at what happened again to understand, and to understand from a French person’s perspective (see Véro’s explanation)

Thanks Giulio - I’ll look that up.

Obviously the Russian FSS were keeping an eye the Chechens, not only in this case were they able to give the DGSE, precise information but in many others, the West has been a grateful receiver of top quality information as has the Russians of the Western security information.

Geof,
Anders Breivik , who is know known as legally Fjotolf Hansen since 2017 , he was never a Christian, In numerous letters to Newspapers including a widely published letters to Norwegian newspaper “Dagen” he clearly states that he “is not, and has never been a Christian”.
Obviously the religious theme is not only the precursor of many left leaning newspapers but a obligation of left leaning posters.

I don’t agree Michael. This has been a long-running controversy, with christians often claiming Breivik was not a christian -and often on transparently spurious grounds - including that since his actions were not christian, he can’t have been one! As you say, Breivik himself later intervened in this controversy, but I see no reason to believe him, do you?
His own and others’ statements at the time, and evidence such as his own Facebook posts before the massacre, are clear.

Dawkins in his book The God Delusion explores some of the long history of christianity trying to dissociate itself from christian atrocities - going right back to Joshua - well worth a read.

(post withdrawn by author, will be automatically deleted in 24 hours unless flagged)