Will you fly by Boeing?

Not the An-225 but the Il-76, this always gives me a laugh listening to the towers comments, just makes take off it with a 41 ton load, “You can lift it up any time you like !!!” 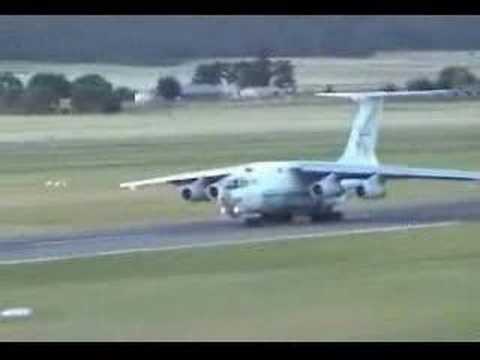 I wonder if he ever found out about the Antonov An-225?

The interview antedated it I think, it was early 1980s. He’ll have been in one sharpish I expect

He’ll have been in one sharpish I expect

Yes, the interview was a bit before it was built - there was only ever one, it saw comparatively brief service ferrying rockets and other bits around for the Russian space programme, so it never carried passengers.

Absolute monster of a place, 250 tonnes of cargo, max 640 tonne takeoff weight - although I note there is an almost equally unbelievable plane - the Stratolaunch which is also 6-engined but that has only flown once and whether it will do so again is very questionable.

The PW4000 engine has 22 blades, investigators said, one of which was found lodged inside the jet engine’s containment ring. Another was found in a soccer field in Broomfield, Colorado.

One of the blades in the plane’s right engine broke free at the hub, likely hitting another that was broken mid-span, investigators said Monday. The former shows damage “consistent with metal fatigue,” NTSB Chairman Robert Sumwalt said.

And nothing but a potential customer for Duty Free.