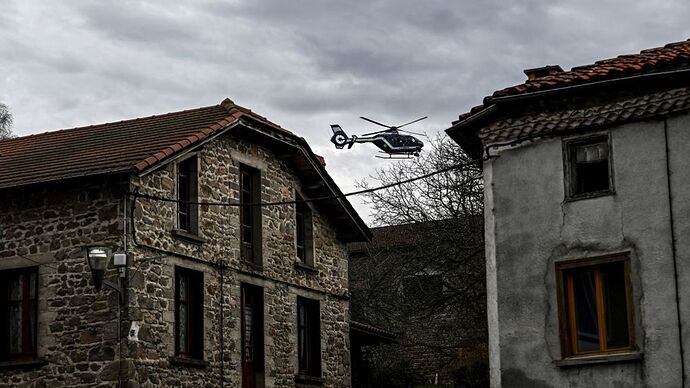 Special forces were sent to the scene after the shooting, according to a mayor of a nearby town.

and just days before Christmas.
My thoughts are with the families of those brave officers who faced extreme danger to protect others and paid with their lives.

Not that far comparatively to my holiday home,very sad indeed

@Eddie on the news this lunchtime (France 3) it seems the incident was near to Ambert. We looked at a property in that locality up in the hills overlooking Ambert. The only reason we didn’t buy was the steep road down to the town with a sheer drop on one side which made V a bit nervous!

Not far from us, about 45 min drive. Ambert is about 30 min away over the pass. These guys (and gals, as 2 were killed in the south recently on a domestic dispute intervention) really don’t know in advance what kind of situation they are going to encounter when they get there, and the sad thing is that the rural gendarmes aren’t trained as much in nighttime firearms usage in the middle of nowhere (despite being soldiers). Listening to radio reports today, the guy had a regular arsenal up there, night vision scopes, a FAMAS (WTF ?), the standard issue assault rifle for the French army, and a range of other firearms.

It is reported that there were two infants in the house under siege conditions as well as a female (presumably his partner and their mother).

When I read about this I couldn’t help wondering if police officers who are regularly armed are in a more difficult situation than those who are not. In the UK a specialist firearms unit would have dealt with this, and regular officers would have let them run the operation. With gendarmes carrying weapons I imagine they would have dealt with it routinely, at least in the early part of the incident. It is a dreadful thing to have happened.

I guess we won’t know, but was there any indication that they were facing a nutter armed to the teeth and willing to kill gendarme approaching the house in the dark using such weaponry? If they had known the full circumstances, I’m sure the GIGN would have been called in to deal with it but sometimes, the safety of innocent victims is paramount and in the dead of night in rural France…

[quote=“plodder, post:7, topic:33125”] In the UK a specialist firearms unit would have dealt with this, and regular officers would have let them run the operation
[/quote]

Except that the size of France means that often things have to be dealt with locally with what one has available in rural areas as you can’t wait 4 hours for a specialist unit to arrive.

May I suggest that the next time that we see a Gendarme or two in our locality, that we should all make an effort to say ‘Thank you’ to them for working for the safety and security of us all.
I’m sure that most of us can manage "Merci d’assurer notre sécurité."