A Battle of Man and Les Froggies 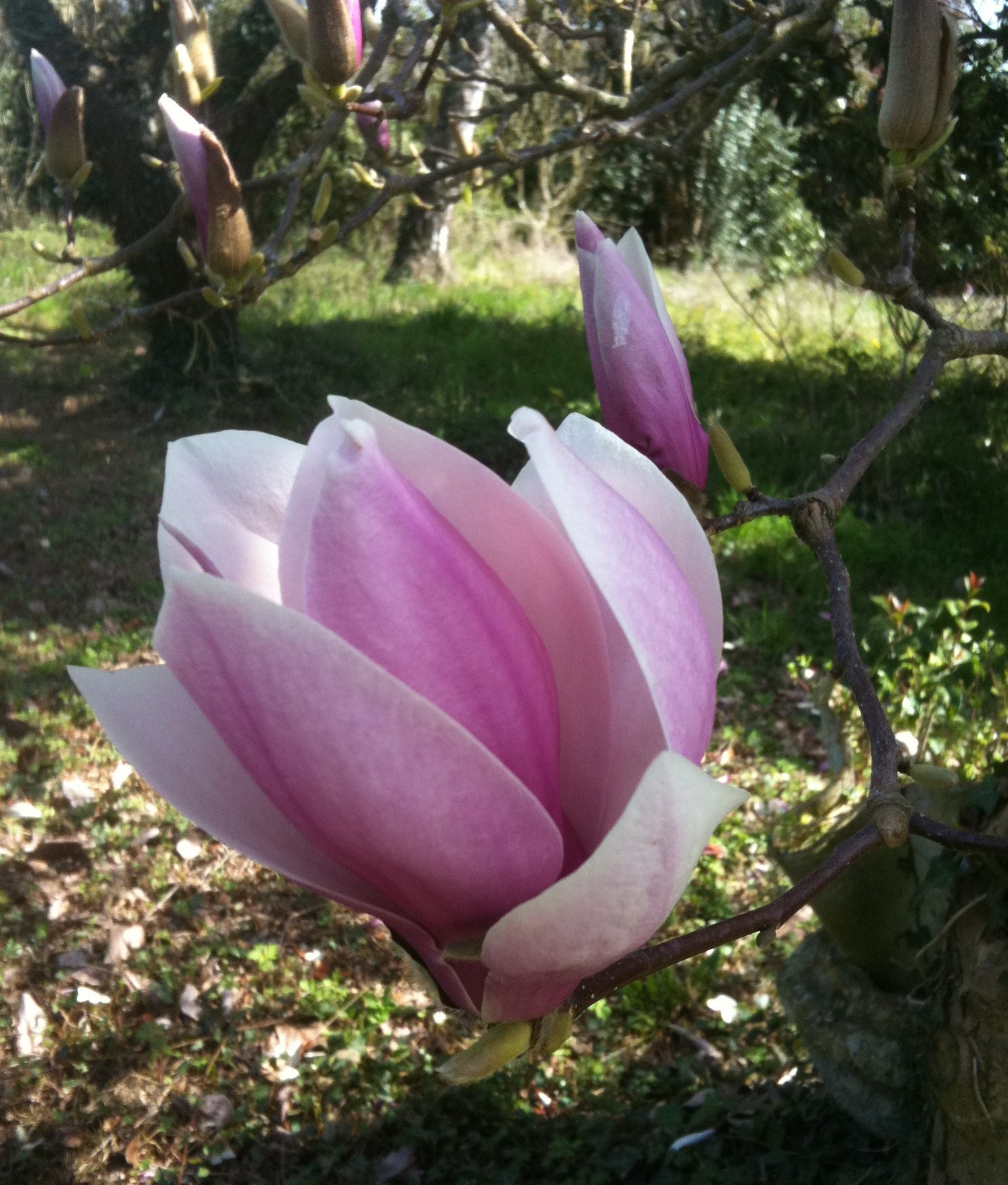 By some miracle of fortune, le Printemps appears to have arrived early in our neck of French paradise. Such a relief after the bitterly cold, albeit brief, winter. Of course, just by writing this, I’ve jinxed it, right?

Well...let's hope for the best. Because in these parts of les Hautes-Pyrénées, the spring season is just as unpredictable and jumpy as hens with a fox in the chicken coop. But once here, spring heralds in with an unabashed explosion of colour and sound. The vivid pinks and yellows of the mimosa and tulip magnolia trees are pure eye-candy. For the early risers amongst us, the bird song brings on an instant injection of "feel-good" endorphins.

But, there is an altogether different calling card that truly announces spring has finally and truly sprung. Unlike, the tame countryside of the English home counties and the hustle and bustle of big cities, here in deepest, wildest France, it is the homely frog which most captures your attention. (No! I'm not referring to our French neighbours. Behave!)

Like cicadas in the deep south of my homeland, frogs' love songs has become a beacon flashing, "Spring is here! Spring is here!". The timing of this siren call is always spot on. It is when the warm sun and south winds thaw out our mountain valleys and hilltops, that our French frogs take up permanent residence. Evenings turn from pristine frosty silence to a sultry chorus of manly males. At first croaking out tunes in a one-two beat, then building up into an all out undulating attention-grabbing, leg-waving "pick-me, pick-me" crescendo of mating calls.

Where DO they all come from? There must be dozens, maybe hundreds of frogs doing the dirty-dance and singing the night away. Which brings me to the down-side of the froggy mating season. In theory, I'm all for healthy love lives. It's when the call of the wild becomes a literal invasion that I draw the line. This time last year, our static caravan (the cosy, clean home away from the dirt and dust of the manor-of-living renovations) was besieged. Up until then, we'd thought ours was a benign co-existence with flora and fauna. In hindsight, we missed all the signs that a stealth take-over was in the works.

This all came to our abrupt attention one evening, when my husband, Steve, naked and preparing to take a shower, walked into the bathroom. He screamed. Stupidly, I came running, looked inside the door and screamed. I know, I know - really very girly of us both, isn't it? Regardless, I promptly slammed the door shut, with Steve inside the bathroom (still naked) and told him, "This is a MAN's job, honey!" 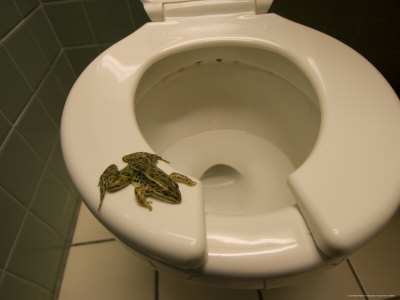 Why the fuss? Two very large frogs had taken up residence in our bathroom. One was cheerfully perched on the loo seat, whilst the other was hanging about on the wall near the open window. Moreover, from my brief look inside, it appeared that an entire village of frogs was queuing up outside the window, patiently waiting their turn to book a room at “Chez Hyatt Lewis”.

Over the years, my husband and I have come to an understanding. He bravely goes after and rids our world of creepy crawlies like spiders, whilst I in true Amazonian form attack and kill all flying intruders. To which point, I've recently been wounded in action twice. Stung by wasps first on the hand and then the nose. Steve has suffered no physical casualties, as yet. No idea about his mental trauma as he's too manly and English to let on. Still... it seems only fair to allocate frog dispersal to him, right?

To which, Steve set to his mission in what sounded like full-scale attack mode. The walls shook, screeching metal erupted and more screaming along with a volley of cussing.

At one point, Steve escaped the bathroom, looked at me with eyes wildly darting about and said, "There's no hope baby. Can't catch the buggers. We'll have to abandon the bathroom tonight."

"No, no, no!", I wailed. Just the thought of going without our one and only loo for hours, let alone a whole night put me in panic mode. "Honeybear, YOU CAN DO THIS!".

He stared at me for a moment, and being a manly man, gathered his naked loins in a protective hold with one hand, grabbed the broom and an empty pint glass in the other hand and stalked back into the bathroom, saying as he slammed the door, "Well, we'll just have to sacrifice our one and only beer glass."

After 15 minutes of more wall shaking, banging, rattling, and cussing, Steve successfully dispatched the frogs back into nature, whisked away the other frogs still waiting to enter "Chez Lewis" and then with another bang, shut the window. Afterwhich, with more forethought than me, he poured bleach down all the drains, "Just in case of snakes", he called out. Too right, there! Then with me still perched in the middle of the bed, he yelled out, "Ok baby... I've done it! The coast is clear to the loo. Can I take my shower, now?".

@Sandie - Great idea about using a towel for capturing and releasing frogs. I’ve heard about places where there roads full of frogs… almost like they are in migration mode. I think that would freak me out a bit if I ever encountered such a sight! Thank you for the suggestion and taking time to comment.

Funny story, thanks for posting!

Just drinking my breakfast tea and reading your story.

eh yuk, poor you. My mother has the perfect technique for dealing with frogs - the amphibious kind - of course, she throws a tea-towel, or a table cloth or a towel over them, then sort of gently gathers them up inside and releases them in the wild.....seems to work everytime... Thought it might help, if you get more ribbet ribbet visitors.

Funnily enough, your story reminded me of a country park place that I stayed at one spring in Normandy a few years ago. There were these little picturesque log houses dotted on hills round a lake.

There were narrow roads that circled the lake for access and they wound their way up to each cabin. But at night it was a nightmare as these roads were covered with frogs.....but covered.....No shoo shoo and waving of arms or hooting of horns would move them. So the guests had no alternative but to drive over them to get home at night.....The roads were littered and stained with the corpses of the frogs. (I think they were frogs - could have been toads though). I could n't stand it and moved out.