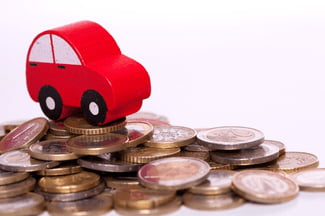 We would love to change our car, but at the moment we are very worried how our finances will pan out due to, guess what!
We would go for a hybrid and in UK there is a nine month waiting list for the model in which we are interested.
My good old Mercedes C class 220 estate is still going strong, cross fingers, and is comfortable and is a real workhouse.
We paid £13,000 for it at just over three years old in January 2007 and it has been a very good buy.
Unless we go to UK. or Germany, we do very little mileage, so we won’t be changing unless we have to.

I know someone who changed an old diesel for electric… last year… they were very pleased with the financial deal. It worked for them… but it is not for everyone… I just thought I would give the latest info to anyone who might be considering changing … to whatever…

Thanks Stella.
My throat is a weak spot for me.
Very useful information.
I cannot see the GJ’s being won over though.
Relying totally on an electric vehicle is very restrictive at the moment and I wouldn’t like to try a long journey in a totally electric car.
In UK they are having problems with new nuclear fuel plants, so where is the electricity coming from to charge all these new vehicles?

I had a trip back to the UK last year and had my hire car upgraded to a brand new Mitsubishi Outlander Hybrid. It took me most of the weekend to find out how the heck it was moving between electric and petrol and how I could control it but I was impressed by how often it was running on electric and how much petrol it has saved me. That was over a mix of local traffic and M25.

The Mitsubishi Outlander Hybrid does not get particularly good reviews in the media as fuel consumption is reviewed as poor. It is interesting that you liked it and thought fuel consumption was good.

It wasn’t so much the mpg when on petrol that impressed as the percentage of time it seemed to spend running on electric rather than petrol which made the overall petrol consumption reasonable for the weekends mileage. I don’t remember the figures but I think it used about the same amount of petrol that I would have used in total over the weekend in a Vauxhall Astra petrol model. I also found the change between petrol and electric very smooth whilst in motion.