Anyone crossing with P&O? 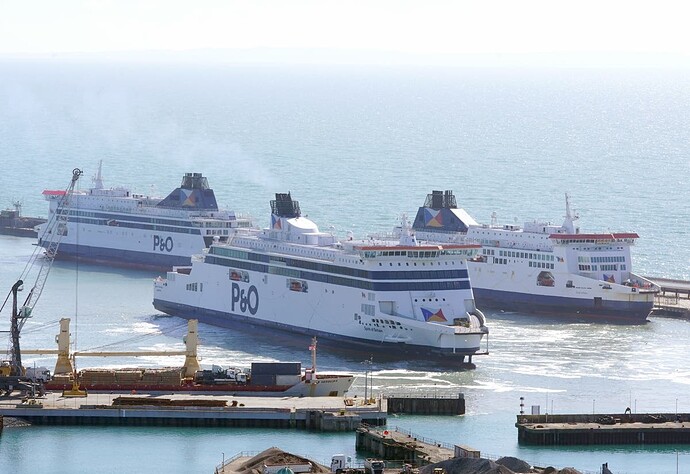 British ferry operator P&O Ferries is poised to sack all 800 staff members in a move condemned by unions as “a betrayal of British workers”.

I doubt it as no boats sailing!! 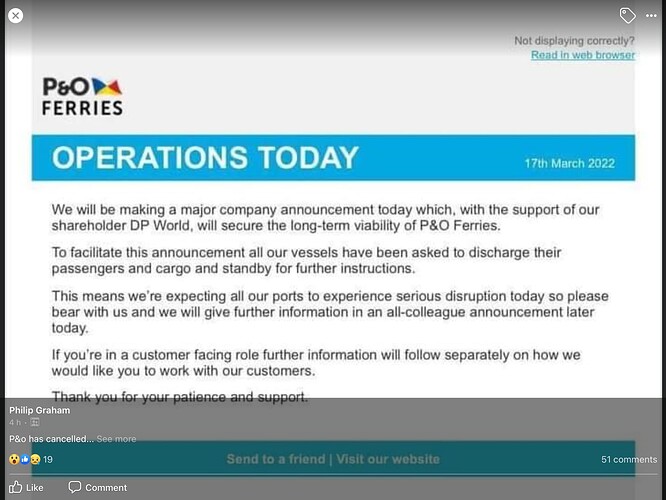 The company is now owned by a Dubai based business, says it all really.

Since 2006, so we probably can’t pin that one on the Tories.

Anyway, yet another brand to boycott - not hard as I never used them in the first place (as they only do the eastern crossing routes there would be little advantage over the tunnel). 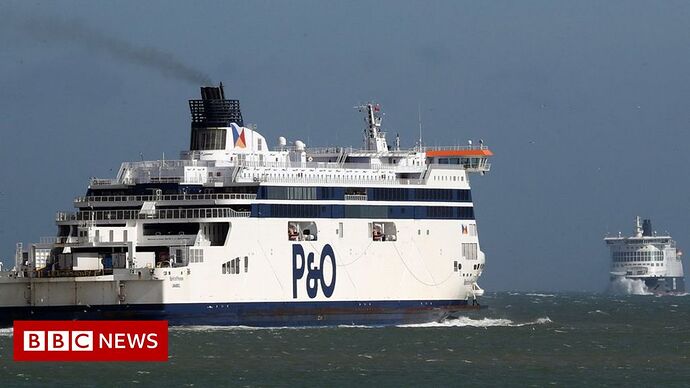 P&O cancels services and tells ships to stay in port

Well I’m sure the British Government will take immediate steps to help the workers and stop this (illegal?) fiasco…who’s the Transport Minister? Grant Shapps? So in good hands then…

Since 2006, so we probably can’t pin that one on the Tories.

Yes we can. Had the UK stayed in the EU then EU employment laws prevent this sort of activity - according to a UK Trade Union official friend of mine.

Yes we can. Had the UK stayed in the EU then EU employment laws prevent this sort of activity - according to a UK Trade Union official friend of mine.

I meant the take-over specifically.

Yes, I have seen the same comment. It was always obvious that the type of “red tape” they really wanted rid of was typified by EU employee protection legislation, but after 40 years of misdirection the public thought it was something to do with bananas.

Which is fitting as we have now become a banana republic.

Interesting to note that the French P&O Ferries staff are not affected. Perhaps someone should email Rees-Smogg about this “Brexit Bone-us”?

, I have closed my account with them and will not be travelling with them again, also the British Government had a chance to stop and outlaw this kind of treatment of employees by companies in their review of firing and rehiring in 2021 and choose not to, usual idiot decision

It’s such a shame when a company with a viable business has been hit by circumstances to come to this.

What I really hope we won’t be seeing is ferry boats contracted up or repurposed soon to carry troops.

INteresting to note that the French P&OFerries staff are not effective.

They’re probably just as ‘effective’ as their Brit counterparts, but unlike the latter they’re protected by EU employment legislation. However, given that many of those UK employees made redundant probably live in Brexit voting hotspots such as Dover and Hull, one has to wonder what percentage of them voted for Brexit…

Whoops! Many apologies. My phone’s keyboard changed ‘affected’ to ‘effective’. With not-terribly-hilarious results.

When I worked for a large multinational with offices across UK and Europe it was always the UK who had to make people redundant while Germany, who were comparatively overmanned, didn’t.

Same in another huge multinational German company that owned a household name in the UK.
With some internationally responsible business units also based here in the UK, doing a type of work the UK is particularly skilled at.

3 rounds of redundancies in all locations, because the German operations (with huge weight of legacy staff they no longer needed but they could not get rid of) were performing badly. But far more jobs were lost in the UK company, who were already running with no spare capacity.

On round 3 those UK based employees performing international functions were fired and the relaxed but protected Germans got the work given to them and did it less well. Because German employees couldn’t be touched even if the average cost of a German employee was considerably higher.

In 2012, I was very fortunate, that after being made redundant from a f/t university lectureship in the UK, to pick up a lot of teaching Continental European students with the Open University that had just made its Continental European staff redundant. The OU wanted to put all staff on the same contract, but my benefit was working online from home, or from our French house and working with some of the best students in my forty year teaching career. I’d still be working for the OU, were it not that one has to be tax resident in the UK

You have to wonder who thought this was a good way to go about this, it is a political, public and PR disaster for them

Parent company made £2.9 billion profit last year, I wonder if they thought this is how we would do it in the UAE, so it would be fine in the UK.

Just another example of ‘dancing with the devil’ business partnerships that many countries seem happy to going along with, until things go wrong of course.