Whan that Aprille... The miraculous month has delivered yet again. There's a riot of buds and new leaves going on. After the annual tour of inspection, I'm delighted to announce that the perennials have proved hardy once more and that the new gingko tree has survived its first (albeit disturbingly mild) winter. 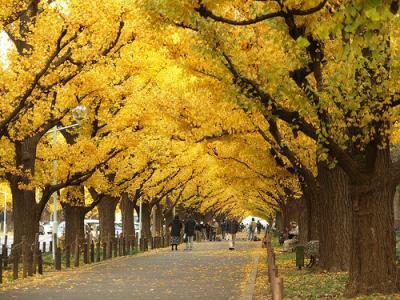 A present from our next door neighbours – to mark either our 20 years in France or 25 years of marriage, I’m not sure which (though the smart money’s on the latter) – I planted it personally in an exposed spot where the wind from the north howls around the corner of the ‘master bedroom’. I’ve been troubled by its perceived delicacy since the leaves yellowed and fell around late November.

I’d been under the misguided impression that it was an evergreen, but apparently not. The misunderstanding probably derives from my still limited comprehension of the French language. Just like the old days, in fact, when I used to invent news heard on the radio alarm clock from snippets of information that I did actually understand.

No, the gingko or maidenhair tree is definitely deciduous and the yellow leaves are a sight to behold in places like Tokyo, where it is the official tree. I guess the tree must have been on show at our local cinema during the screening of one of the more charming and delicate films we’ve gone to see this season. Les Délices de Tokyo is one of those lovely foodie films, like Babette’s Feast and the brilliant Big Night, that centres around our love of nutrition. 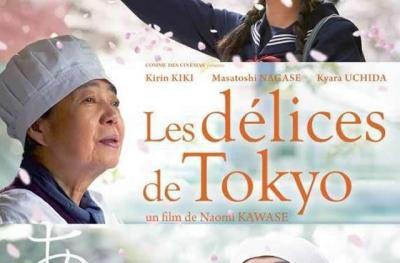 In this case, the subject is dorayaki. I learnt that they’re a kind of pancake sandwich filled with a frankly unappetising red bean sauce. The plot, such as it is, involves the poignant working relationship between a disaffected short-order dorayaki cook and an old woman with a winning way with sweet beans. Her deformed hands are the clue to her dark secret: that she has spent much of her life in a local leper colony.

Of course, when customers get wind of this, the sudden craze for dorayakis falls off as suddenly as it boomed. And the old woman must give up the part-time job that has brought her so much unexpected fulfilment at the end of her life. So… there were many dorayakis and many beautiful yellowing gingko trees in evidence. And really, there’s no reason why our new gingko shouldn’t have survived this perturbed winter, since it’s the last surviving relative of what fossils suggest are the oldest tree on earth.

The gingko is budding. And the grass is growing at a phenomenal rate thanks to the seasonal mix of sun and ferocious showers. My afternoons are mapped out for at least the next two months to come. Mowing and strimming, strowing and mimming. And weeding all those tenacious mauvaises herbes. The other weekend I even glued our fragile fruit trees in an attempt to ward off the annual attack of the kamikaze ants. But then came an April shower to wash away the glue, which I must now re-apply during a settled sunny spell.

April is the month when I also bring out the Honda strimmer from its long hibernation in the cave. Ah, my trusty tool! The ancient Japanese ceremony of the first ignition is always a tense affair. Will it, won’t it…? This year, in fact, it didn’t. Once I might have been inclined to kneel beside it and weep. Maybe even plunge a sharpened kitchen knife deep into my bowels. But during my 20-year relationship with this essential gadget, I have learnt a thing or two. I took out the spark plug, cleaned it off, gently pulled the string a few times, even added some choke. And hey presto!

Thanks to the precision of Japanese engineering, the grass around the house is looking shorn and tamed for a few days. Notwithstanding the unwelcome rain, the immature fruit trees are in blossom. The ants have not yet climbed over the corpses of their dead colleagues to get at the succulent petals or whatever it is that attracts them. The irises are resplendent, the rose is in leaf and climbing fit to flower and all, horticulturally speaking, is currently well.

It’s a good job that my age exempts me from the French comprehension test that my fluent wife had to sit in connection with our application for dual citizenship. Our daughter is also exempt, thanks to her baccalaureate. And not just any old bac, but vingt sur vingt. 20 out of 20 for her French oral. So I asked her to double-check that I hadn’t misunderstood the guidelines. Yes, she confirmed, it seems that sexagenarians and above are exempt. Presumably we don’t need to converse, we just sit and dribble. 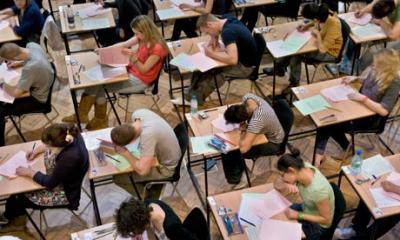 Thank the president, too, judging by my wife’s feedback. It was a glorious morning when I drove her to Limoges for her TCF at the CNAM. Her test de connaissance français at the… whatever CNAM stands for. There was just an early hint of indignation in the air. She was paying €115 for the privilege of sitting an exam to prove that she had a basic comprehension of the language in which she has been working for nearly 20 years. It’s not right; just not right. Shouldn’t the mere fact of having endured without the assistance of the state in the land of the bigoted bureaucrat be enough?

After hunting in vain for a Lidl in which to replenish our dwindling supply of Parmesan cheese and Greek yoghurt, I sat and read in the reception area of the CNAM, a grim building of dark airless corridors characterised by the click-click of high-heeled shoes. It was after midday. Our little fancy that the appointed time of the exam was test enough had been exposed as a gag. (If you phoned up to query that a French exam could possibly start at midday, you passed.)

My wife emerged grim-faced at around 12.30, the only obvious British expatriate among a clutch of Africans and West Indians. Well? She shook her head. The oral went well, as it would for someone with such a gift of the gab. She introduced herself for a couple of minutes, then prepared and delivered a kind of verbal role-play, all of which was recorded for some faceless examiner.

But the written test was a lot harder than expected. You listened to a conversation between two people talking quite rapidly about a subject as dry and as dull as industrial output, then answered 29 multiple choice questions in 25 minutes. One wag quipped that this contravened equal opportunities legislation. The po-faced adjudicator said she would pass on his comment.

Not knowing the pass mark, Debs thinks she might have failed. Which would be a travesty, since she is as fluent as fluent can be. We will know in two to three weeks. It’s true that industrial output doesn’t coche her boxes, but maybe she has done better than expected. If she does fail, however, she has determined not to sit it again. My fine upstanding spouse will not be paying another €115 to be humiliated. 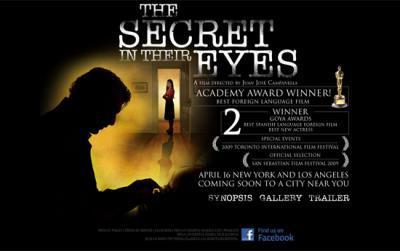 Let us now praise resolute women, the world over. But before we do so, I feel I must mention The Secret in Their Eyes. Every now and then you start watching a film and you know that it’s going to pass multiple tests of time. I watched with mounting excitement this Argentinean film about an unsolved murder and its repercussions on the lives of those involved in the case. Two hours or so later, I felt like I had been dragged through a car wash backwards. In the process of wringing out my emotions and hanging them out to dry, José Campanella’s film, which unbeknownst to me had won an Oscar for best Foreign Film after it came out in 2009, reminded me why cinema is probably still the greatest art form of the modern age.

In between those sweet showers of Aprille, while I await a dry spell for my next attack on the remaining wild grasslands behind the house, I should really be knuckling down to the business of writing a crime thriller to beguile audiences the world over. Or finishing the current e-learning project. Or gluing the fruit trees. Alas poor day-dreaming dilettante, I knew him well… 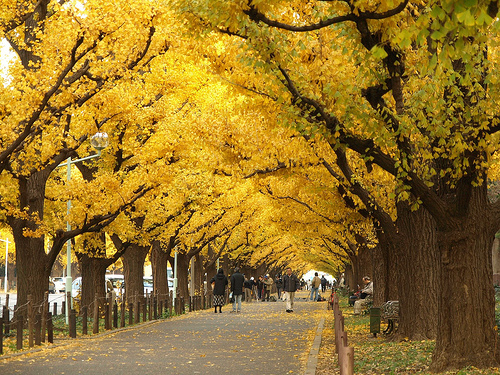 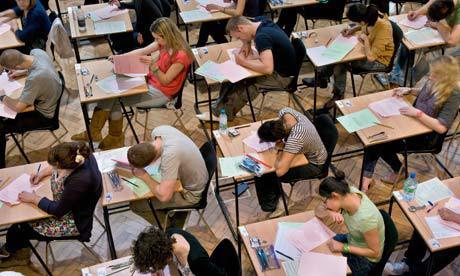 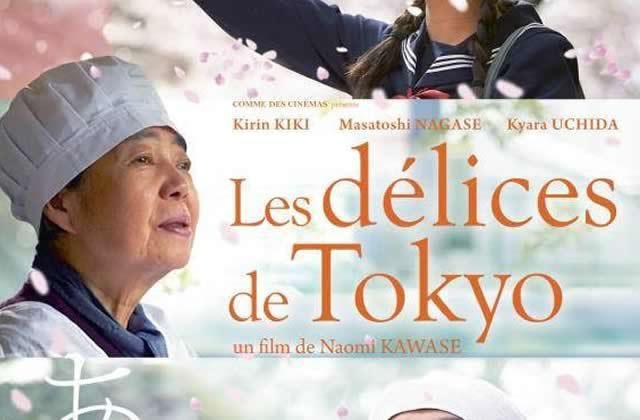 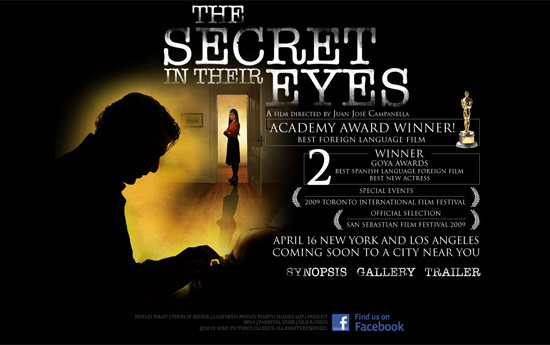 Loved reading g that, I've got a long way to go!