Bats in the belfry?

We had bats in the cellar and the attics when we moved here nigh on 20 years ago.

In the cellar were several large ones, which hung down from above with their wings wrapped tightly around their bodies.

In the attics we found small ones which clutched the walls and some slightly larger ones which kept them company.

No idea what the big-boys were and they seem to have moved away.

The smaller ones are still with us. Their numbers vary according to the seasons.

Currently we have about a dozen Pipistrelle and Horseshoe Bats lurking behind the large shutters of our bedroom - thus those shutters are never touched and the french-doors stay firmly shut during the night.

There are signs in the attics, but I have not located the bats themselves.

I love seeing them swirl overhead in the dusk - eating all those pesky insects and I like the idea that we amicably share our space with these creatures.

We have them in the attic (Pipistrelle) , I love watching them swoop down from the roof and from behind the shutters as it gets dusk. Given the recent extreme temperatures I found one only last week under the window, completely dried out like a leaf, poor little thing. I’ve also in the past rescued them from the pool cover and also watering cans. I have a screen on the bedroom window at the moment and I watch them flying ever closer to the screen catching the bugs… like you Stella, I like sharing my home with them.

We had one flew into the bedroom yesterday and stunned itself. If you find one remember to use gloves (they carry rabies) and leave them on a towel on a window cill so they can re-launch.

Happily our flew off after a few moments.

I think I may be an instinctive bat-handler

Each time we’ve found bats in “our” part of the house it’s been in daylight. I have surrounded them gently with a soft old towel and encouraged them to clamber aboard and snuggle therein. Then, it is a simple step either to the attic or the cellar or wherever and I leave them to wander off as they wish.

. If you find one remember to use gloves (they carry rabies)

They don’t carry rabies as a matter of course, it is just a possibility, wear gloves anyway, obviously. This is what the Min of Ag has to say:

My summer visitors are back. I’ve just seen this one as I walked up the stairs. 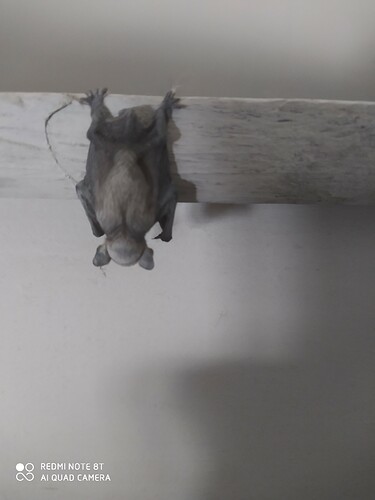 They live in the roof and I quite often find them clinging to the stairs or my black clothes.
I find bats very beautiful especially when you see how tiny they are and how perfectly formed.
So now I’m tiptoeing downstairs so as not to wake my epileptic dog who just had a fit and tiptoeing upstairs so as not to disturb the bat.

@DeTolkTW - I am SO envious! I love bats - we used to have lots flying around the house. Since Mr Agribusiness took over the farm behind us, they have all disappeared so I assume he has cleared them out of his barns

We have a nice loft at the end of the house near where they used to swirl and it would, I think, be ideal but so far no luck…

Can you not move into a tent in the garden? Priorities!

Our last dog was epileptic, and life revolved around her in a similar way.

@JaneJones well I do have a barn with no windows but the roof is sound and the door closes, so I think I’ll move in there for now

@AngelaR that’s a shame but hopefully they will come back. Fingers crossed

I do hope so, I really do! I’ve just shown my partner your photo and he absolutely loved it too. Shame we couldn’t be a great deal farther away while still being in the same country…

@AngelaR yes I seem to be a long way from mostly everyone I interact with on here. I have an idea for a road trip on my way up to the Netherlands next year so maybe I’ll see who wants me to pop in for a coffee

When we lived in the Cotswolds one flew into our house and got tangled up in our daughter’s hair. You can imagine the screams.

@Jane_Williamson I used to live in Cheltenham so we didn’t get many in the house, but my then partner had a business in Bouton on the Water and I know they always had a fair few around.

We lived in Claycombe, Burleigh near Stroud, just below Minchinhampton common.

I know Stroud well. It’s been a very long time since I’ve been back in that neck of the woods. Over 10 years in fact.

So mum has presumably gone off hunting and I just found a baby on the living room floor.

So he’s on a towel, (coaxed into it with due care and attention), and I’ve put the whole thing next to the whole under the stairs, as I’m pretty sure that’s where she’s nesting. 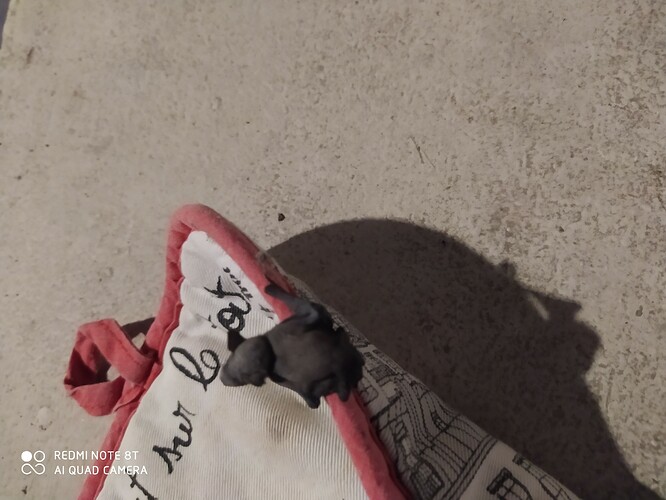 I hope he’s been picked up…

No still there this morning, half way across the kitchen floor actually. I’ve put him in a box on a blanket with some water in a jam jar lid. If he’s still there tonight I’ll call the rescue as they are a protected species. Mum isn’t anywhere that I can see but then she doesn’t usually sleep on the stairs