When in France I’ve seen if I buy something from the UK (that’s the newest 3rd world country!!) which is then posted to my French address, I’ve been warned I’ll pay TVA and a tariff. OK, the TVA is no real problem as it should no longer have been charged by the UK supplier, yet it will still be a shock to be told to pay for your parcel or else you can’t have it.
I’ve read that across the EU there is a minimum purchase value excl postage etc before this charge is made. The EU website says is between 10€ and 22€ but depends on the country

Has anyone been stung with this (new) charge and does anyone know the minimum product value before the charges apply?

I think it’s supposed to be 22€ MAXIMUM here, after which charges apply. Not minimum I think. Be aware that courrier companies are also slapping on an administrative fee and sometimes customs duty.

I received a book from the Uk that came through via the post with no extra charges, but some horror stories in the press.

A UK friend & her husband have a mail order business.
Her stock comes 100% from India.She told me yesterday that they have lost 80% of their European business…one example was a lady in France having to pay a £17 charge on a £33 pair of trousers…as a result the parcel was returned…& was not the only one.
Ironically, maybe, covid has had a “positive effect”, as she puts it, on their domestic sales.

You may be charged or you may not. A couple of days ago I received through the poste a record player cartridge that I had had re-built/re-needled. Total cost £560, no extra charges. Be lucky.

We have a package coming from the UK. Ordered 10 days ago. UPS say it is held up due to ‘Brexit related disruption’

I got a similar message but when I checked, the package hadn’t even been dropped off at the UPS drop off point!

I posted the info from Glasses Direct [see the thread re specs, scrips and reimbursement] international mail order charges thus:

“Her stock comes 100% from India.” This is indeed a point which gives the lie to Bojo’s claim that The Deal is tariff free.

As in the case where he did not mention that tens of millions of GBP were rebated, against the claim on the side of his but about ‘£350m to the EU - Spend it on the NHS’, so too it has not been made clear that tariff free only applies to items ‘made in UK’

And the list of processes which can exclude a product from being ‘made in UK’ is enormous and amazing.

My pal in UK is trying to make some items in my next and final ex-UK ‘care package’ look used. He’s going to do a bit of soldering with the soldering iron. He’s going to use the 17mm sockets and tommy bar on his wheeel nuts, to justify ‘personal belongings’ on the Customs form. He’s going to cut off any labels or tags which say ‘Made in [not uk]’ I doubt whether pyjama bottoms at £6 pr off eBay were made in UK, considering they were bought from an Asian seller in Manchester.

Sadly, no getting round that the Cheddar cheese and the Oxford Fine Cut marmalade would never make it thru’

I think this will change.

One change the UK has made is to require vendors of low valued items (under the previous UK threshold for VAT of £15) to charge and collect UK VAT.

Basically they are fed up with orders from China being marked as “gift” and “£10” on the CN22 but don’t want the hassle of processing millions of small VAT claims. How successfully they can police that remains to be seen.

I believe the EU are going to make the same change from July, for much the same reasons.

Not sure how vendors of higher value items will be affected - hitherto you’d export it without VAT, for local sales taxes to be collected in the receiving country - usually handled by the courier at an exorbitant fee paid by the purchaser if they actually want to get their goods.

I suspect some of the problems at the moment are double charging of VAT by both the retailer and the courier, but have no actual proof as things stand.

handled by the courier at an exorbitant fee

This is a biggie. There’s going to be a right kerfuffle when people start getting bills which are loaded with handling charges - themselves suject to VAT.

It may be that UK goes back to how it was when VAT was first introduced and how prices in the US are shown to this day - sans tax. I remember that prices were either posted as nett or nett and gross. I agree that there will be a lot of double VAting going on.

All very well folk saying that the VAT element on the goods is not a problem because the trader should remove it before charging the customer - but what if, like me, that trader is NOT VAT registered in teh UK and doesnt charge VAT in the first place?

I cannot just knock 20% off the asking price of my model ship kits - I would be bankrupt in a week!!!

Thanks UK Govt - thanks a lot…

Do you sell more in the UK or in the EU?

Article on the BBc website today. The UK is feeling it too. 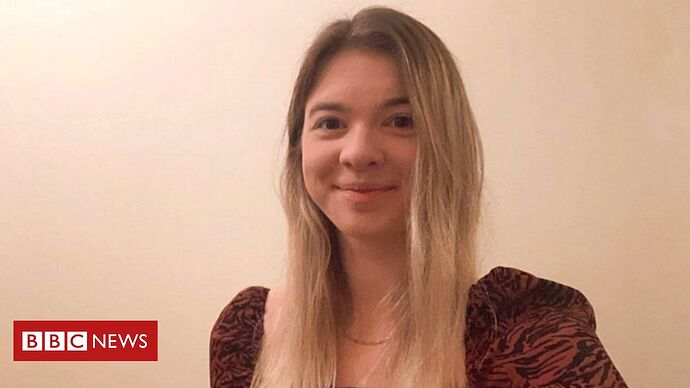 Shoppers buying items from Europe now have to pay customs or VAT charges on those above a certain value.

It is a B&O cartridge, a MMC1. £560 is a bargain, a new one is the wrong side of a grand, but still very cheap compared to the one in my main deck, a Gold Note Mediterraneo.

We have bought lots of things up to now on UK Amazon for delivery to France , because prices are often lower and delivery, if charged, is invariably cheaper and swifter than from Amazon France. Now, however, Amazon is adding a “customs deposit”, regardless of the value of the item purchased. OK, we will only buy from Amazon France going forward, and from M&S France and so on. I gather that UK companies now have to register with French taxman, German taxman, etc.etc., while Europeans have to register with HMRC - what a nightmare that must be for smaller traders. I do recall travelling with a Jersey-resident friend who bought from department stores which gave her an export cert and didn’t charge her VAT, and then she could argue about customs duty when she got to the airport. I’m sure, like the other inconveniences, once the amount of admin is recognised and costed things will settle down and ordinary people will be less affected, but for now we’ll do no UK shopping. I’ll also postpone clearing late mother’s property and bringing equipment over here, I don’t want to pay customs duty on items we took over to use in the UK having used them in France but bought them in England in the first place, far too difficult to explain.

Whats really annoying is that I was given an amazon voucher for Xmas, but its only for the UK ffs.

double charging of VAT by both the retailer and the courier, but have no actual proof as things stand.

I looked for something on Amazon france and the cost was double that of the same item on Amazon.uk and delivery was also dearer. Ordered from UK. I use Hagglezon - a site that compares Amazon prices across all the European amazon sites. Useful.

Can you spend it on digital downloads ( box sets?) or do those no longer work here now?

Hadn’t thought of that, thanks. Might give it a go for kindle books. Anything else, music, films I prefer a hard copy (CD, DVD).