Hello please could anyone advise if there is a biro broyeur service available local to 33220 Saint-Avit-Saint-Nazaire to cut the grass on our land.
Thank you
Imtiaz

“Girobroyeur” try leboncoin in your area

All it needs are blades 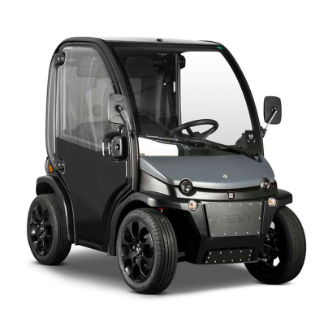 Thank you. Maybe a bit too large to have in our very small barn

One or two holiday homes owners in our area do this. Have you tried asking at the mairie?

A giro broyeur doesn’t make hay, imtiaz, it’s just for clearing and mashes everything up that gets in it’s way. Did you click on the link, there are people offering their services in the Gironde

Yes for sure. Perhaps I didn’t say it right. But was looking for someone who would clear it and then perhaps may a hay bale as we see in the fields these days. My first year here so still learning.

Thank you Lily will give that a go. Hadn’t thought of it. Thank you

I may be wrong here, but isn’t there something in rural French law which gives ongoing rights to farmers who are granted the use of land for their own purposes?

As I say, I may be wrong, but if it was me I would be wary of going there without first obtaining professional advice. You don’t want to make it difficult to break the agreement if your circumstances change at some future date.

On a different, but slightly related issue of little known rural practice, a young friend of mine who lives with his Mum in a rural hamlet, wanted to buy with his girl friend the abandoned house opposite (owner long since dead, no heirs, reverted to commune ownership) when it came up for a sealed auction. They made their bid, were successful, and set about completing the sale. Then, at the last minute, a rural organisation whose acronym escapes me at the moment, called a halt under some ancient law to see if there were any agriculturists in the commune who might want to buy because there was a small bit of land attached to it. If there had been, despite the auction, they would have had first claim to it. Despite living in this commune almost the whole of his life (30 years or so) neither he nor anyone he knew had ever heard of this ancient right.

They got their house in the end because no farmers wanted it, but it took months before they were clear to go ahead with their renovation, and after much extra cost.

called a halt under some ancient law to see if there were any agriculturists in the commune who might want to buy because there was a small bit of land attached to it. If there had been, despite the auction, they would have had first claim to it. Despite living in this commune almost the whole of his life (30 years or so) neither he nor anyone he knew had ever heard of this ancient right.

Completely routine - I can’t believe no-one knew about it.

When we bought our house, we were sitting in the UK not understanding why our sale was not progressing when we and the sellers had both agreed, signed and were happy to go-ahead. That was when we learnt about the dreaded SAFER. So we waited several weeks, itching to get on with our new life, while our land was offered first to all the local farmers.

I think it only applies if part of the land is agricultural or outside the PLU anyway. Wasn’t a problem when we bought - but I was aware of the possibility in the general case as we did look at some rural places.

SAFER is “consulted” (certainly around here anyway) about anything over something like 1000m2, but if anyone is interested, they have to buy the whole property at the full asking price

Pretty certain that they weren’t involved on our 2880m2 purchase - but we’re in the village centre and the whole plot is “constructible” as far as I know.

Yep, something like that Mark. Our property and its land is surrounded by farmland. There were at least three farmers at the time who were approached. Fortunately none were interested - I suspect the price (aimed at the English) was much more than they were willing to pay. We thought it was wonderfully cheap!

We were the same, the farm has 23 acres and had been sitting empty for two years but was still offered to the local farmers even though they had plenty time to buy it.

That is the organisation I couldn’t remember, and it was certainly unheard of by Hannes and his girlfriend before this intervention. This is in a hamlet of around 10 to 15 dwellings, half of a commune which is split in two, the other half only contains the old church as far as I know, so you would have thought that someone would have been aware.

I read the link and am more than puzzled though. It says a reference to SAFER is made if areas of agricultural land of more than a hectare are involved. The land connected to this house is nowhere near that size, no more than a large garden of around 5,000 sq.m. Even including the footprint of the house it would not be more than a hectare.

As far as the asking price was concerned @SuePJ , there was no asking price, it was an auction and Hannes’ sealed bid of € 18,000 was the highest. According to him, any farmers who wanted to buy did not have to pay that much. He was furious, involving as it did several 100 km round trips to Perigueux in a bid to get things moving. He was also told that the 3 months allowed for a decision could be reduced to 1 month if he and his girlfriend paid a fee. They did, but the final confirmation took many months to arrive. Not surprisingly he called them ‘The Mafia’.

I could understand it if it was designed to deter outsiders buying in and firstly offered to established locals, perhaps to avoid the sort of ghost villages created by high paying 2nd home owners, but to deny a local couple seems outrageous to me.

Anyway, a warning to @imtiazhasan that there may be dangers in getting into bed, however innocently, with farmers in the countryside. They, their traditions and rights are highly prized in rural France.