I frankly don’t care if it breaks the party. Somebody or something must stop this bizarre idea. The more time passes the more it becomes evident that Brexit will ruin the country. A party can be replaced with politicians who do not lie to the people. I am sick of listening to the politicians who lie through their teeth all the time to cover up their ineptness and lack of direction for the people of the country to frankly save face. It’s enough already.

The old Tory Party has gone and been replaced by the ERG Group and a huge new intake of MP’s who are afraid to say boo to a goose.
My new MP is a solicitor, but she has gone and voted for her country to break International Law, some respect for the law!

Over the years I have read similar threads. What intrigues me is the energy that people not resident in the UK put into these exchanges. I suggest that there are few UK residents who are subscribers to Survive France. Do those sharing their opinion think that they are an influential force?
There was mis-information ( though from all sides there was a sparcity of verifiable information) from pro, anti Brexiters and the EU in the build up to the referendum. Three years later there was an election and for a platform of reasons the voters made their choice.
I agree with those who state the UK is where it is. Which ever party gained the most seats would have to demonstrate to the voters in the subsequent election that their “management” of the UK delivered a better, more equal, more affluent Britain.
Those of us in receipt of UK pensions need a speedy, lasting UK economic recovery. Otherwise there will be pressure on our pensions. Over the 35+ years that I have visited France the cost of living has increased relative to the UK. (For example carrots in the UK 50p/kg 1.70 euros in France. . A recent thread describes the diagnostique they obtained for their property. Is this a solitary experience? Some subscribers can “celebrate” the standard of work they have experienced from their artisan. Others can describe a very different experience.
The pandemic globally exposes societal weaknesses. I identify lack of real,effective democracy as a major weakness. Are the voices in this thread identifying the same weakness?

Just FYI, about 50% of the readership is UK based. Posters mainly tend to be based in France though.

A recent thread describes the diagnostique they obtained for their property. Is this a solitary experience? Some subscribers can “celebrate” the standard of work they have experienced from their artisan. Others can describe a very different experience.

Is that not the case the world over? There are good and bad practitioners in every field, and anecdote will never tell you what the actual ratios are. Not wishing to tempt the devil but in the 20 years of having a home in France and hundreds of small and large work contracts the only poor work we have had was that arranged by the insurance company after a flood, and more recently work done by a supposed professional translator who happened to be English.

Frankly I hope it does.
The Tories were “banging on about Europe for years”.
Now it is the turn of Europeans to bang on about the Tories…

Echo that comment…love nothing more than to see the Tory Party break up…the right wing to be consigned to Brexit Party style rhetoric and a new center ground party emerge to do battle with a re-energised Labour led by a credible left of center person…aka Sir Keir S.
…but big question is what will happen here in 2022?

I think that any thread concerning BoJo and Trump would satisfy your curiosity.

How did brits living in France do before 1993 with pensions and health care ?

Brexit: VAT on boats outside the UK – Urgent Update | CA

Pre the EU didn’t you just do the old fashioned thing of applying for a resident card and living on your own resources? I believe you could still access your pension, but no other benefits were exportable. People who couldn’t afford it didn’t retire to the sun that often. And working age people worked…

Revisiting the subject of pensions …

When I first worked in the NHS it was for just under five year & the the pension rules at the time meant that I was repaid my contributions on my departure (current rules are two years). This was 1983 & I was under 30. At the time it seemed like a nice windfall of about £800 however I would be much better off today if it had stayed in my pension. I had definitely been paying lower NI contributions as along with my contribution refund I was put back into the same situation as if I had never contracted out & instead was retrospectively enrolled in SERPS for those years. When I was nearing state pension age I confirmed this both with NHS Pensions & DWP.

I must admit I did the same with the contributions that I made when I left the NHS after my “house jobs” - and it did seem like a nice windfall at the time.

I’m not sure how much difference it would make to my NHS pension now having only been 18 months contributions. But the previous conversation made me feel that I really should look at the impact of the NHS scheme being contracted out (it has just taken me a little while to do so).

Looking at my forecasts and assuming I work for the NHS until retirement the “contracted out” part of state pension payments (i.e the bit the government won’t give me because it expects the NHS scheme to pay it) is only about 5% of my overall pension - so not the end of the world.

The pension I’ll probably get, it isn’t going to keep me in luxury but it will allow me (assuming that things do not change radically, sadly no guarantee of that though) to comfortably meet the income requirements to retire to France, the sticking point will be the almost certain (guaranteed?) demise of the S1 scheme and need to pay health insurance.

However I think we should be able to manage that and, personally, I am counting the seconds until I can leave and settle permanently in France.

Back to Brexit - lots of posturing by Gove & Johnson, clearly designed to persuade people that “no deal” is “no big deal” and to blame the EU for failure of the negotiations. The former seems disingenuous given that the full impact of no deal is less than three months away and I wonder how long the latter pretence will hold up when the supermarket shelves are empty?

John Allan, chairman of Britain’s largest supermarket, Tesco Plc, has warned there could be short-term shortages of some fresh food when the transition period for Britain’s departure from the European Union ends in January.

It is sad to see that Britain is going the same way like its colony United States.
Only because of the men at the top!

Trade between nations is important for the welfare of everybody and not the other way of thinking!

Industry sources said they expected shortages in supermarkets to force the UK back to the negotiating table in the event of no deal. Nick Macpherson, the Treasury’s top civil servant from 2005 to 2016, said the UK government would have little choice. “The deal on offer will cause economic damage since there will still be friction at the border which will discourage trade with our biggest market,” he said. “But no deal would do much more harm, in particular to manufacturing industries such as cars and chemicals and would make Britain’s return to the negotiating table at some point inevitable.” 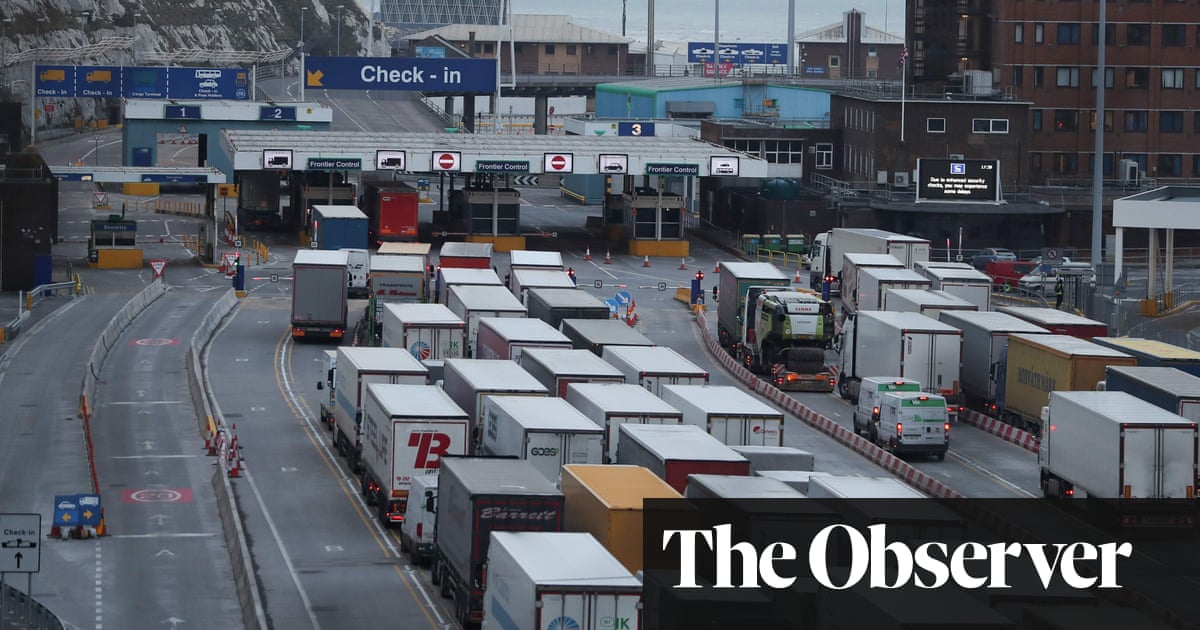