I would like to connect my stone built garden shed to the main house with a roof to create a covered area (car port) for the car - does this need planning consent and will it be subject to an increase in tax foncier?

If the surface area is over 5m2 but less than 20m2, and the roof height is under 12m then you just need to do a déclaration préalable at the Mairie - unless you are in a protected zone where everything needs a permit.

I think a car port would attract the one-off taxe d’amanagement but not increase your taxe foncière. Not sure, check with marie as if so this can be quite a lot as calculated around 750€ per sqm

(Edit…this article suggests it would be subject to all three taxes! I didn’t think that was the case…) 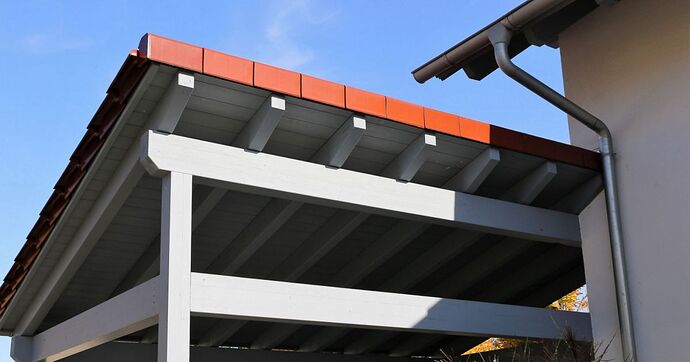 That would be a bizarre structure of just 5m2 but a roof height of 12m!

Some people are bizarre…

As is so often the case… the Mairie is the best place to go and discuss your plans/ideas.

They can help you to tailor the project to keep taxes etc to a minimum (if any at all)… and they will help/advise with any paperwork that might be necessary.

Hello Stella - the Mairie was my first advise to my (newly arrived in France) neighbour who was given some 20+ pieces of paper and told to learn to speak French.
When I have gathered enough info I will take him back to the Mairie with my passable French will try and resolve his problem.
If they insist on being racist I will take them to task and demand where they expect to get French lessons during the lock down.

In many situations (shops/Mairies/Tax/CPAM etc) I apologize for my “lack of languge skills” and ask for their understanding… which starts things of well, since more often than not the person comes back with "well you speak French much better than I can speak English… " and we move gently on.

If they insist on being racist

Xenophobic (and disagreeable and rude) surely. (That said I hope your neighbour didn’t just come in, not say bonjour and expect everyone to speak English, that doesn’t go down well).

I will take them to task and demand where they expect to get French lessons during the lock down.

Actually you can get them online and even ‘normal’ tuition is still happening. One just needs to look

told to learn to speak French.

Edited because it has also struck me that we don’t smile as much as you do, or sugarcoat things as much, especially in administrative roles - and actually learning to speak French is a very good idea and it may well have been said in an ironic tone as the 20+ bits of paper were handed over. Many of us like deadpan humour.
Of course if your neighbour doesn’t speak French none of that will have come over.
Or obviously it could be the secrétaire de mairie isn’t very nice, that can happen too.

thinking a little more about this…
Most Mairies are stretched at the moment… and many on short opening hours.

Might be an idea to ask at the Mairie for an Appointment to discuss a Planning matter.

Then you can go along, with your neighbour and discuss the planning bit with whomever (the correct person) … everyone will be relaxed… and hopefully things will go well.

Edit: You’ll probably find the person will cross through most of the sections on the documents… as they cover virtually every eventuality… so much of what’s written/asked for… is nothing to do with a Car Port…

who was given some 20+ pieces of paper and told to learn to speak French.

Mind you, wading through the 20 pages is a good way of starting to learn French. Put into google translate, it’s a start. And the vocabulary will be so useful. I know more building terms in French than I do in English!
In our third year here when I was still trying to dredge up the French I’d learnt in the 50s up to O level, we renovated our house and used a project manager. He got 3 devis (I don’t even think of the English for that now) for every single separate part of the build and he and I had weekly meetings going through the paperwork. At the end of his visits I would have to lie in a darkened room to recover. Somehow the house got renovated and my French improved.

Hi Stella - I agree, it was not my own experience with Mairies and anyone can have a bad day - I just want to be well prepared to avoid a possible problem with authorities that could ruin the whole French experience for a new incoming family.

I had a similar experience when we first arrived.
Importing a car… we needed to go through the extra inspections at DRIRE.
I was trying to find out what needed to be done/appointment/whatever.
The lady was working way across the office and I couldn’t really hear properly what she was saying (she was hammering away on a typewriter at the same time…)

Several times I had to ask her to repeat something… and she finally snapped… she was very rude and dismissive.

A man arrived… (another member of the public or so I thought).
He saw I was upset and asked what was going on.
I explained I couldn’t quite catch what the lady was saying…
Turned out he was The Boss and he was charming… he spoke clearly and we had no trouble understanding one another.

and, yes… there was a very successful outcome for the car…

Stella and I have different experiences of Marie’s as ours is downright useless (or rather the secretary is). So it is as well to do as much homework as you can just in case. So you are asking focused questions, as in “is a déclaration préalable the right thing to submit for a car port” which can generate a simple yes or no answer no matter how bad a day someone is having, rather than the open ended “what do I do”.

I do have some sympathy for the person who thrust documents and wished people would learn french. It is certainly not racist (many races don’t speak French), but probably pure exasperation. Imagine the same in a small, overstretched town hall in the UK!

I think your experience with mairies depends on the size of the commune, my experince has been the smaller the commune the worse the interpretation of the rules and that includes self important maires and secretaries.The larger communes have dedicated planning departments and someone who knows what they are talking about.

your experience with mairies depends on the size of the commune,

Our commune is tiny and the mayors (we’re now on our third) and the secretaries (now on our second) could not have been more helpful. It’s because they know us, personally.

Frankly, it’s a mixed bag… and Mairies are manned by human-beings.

I have had to visit Mairies in big towns and small villages in various Departments … and 99% have been polite and helpful.

The smaller ones often had the Secretaire/Receptionist, who knew the essentials and dealt with most things personally or sent me elsewhere…

I find that a polite bonjour and a carefully prepared blurb… gets things moving nicely.

the smaller the commune the worse the interpretation of the rules and that includes self important maires and secretaries.

This is where it really does come down to personal experience as you say though. My commune is tiny, there are 260 of us, spread out over quite an area as this is a farming community, and with I’d estimate a fifth of them Brits. She speaks no English but has been an absolute godsend to me over the years.

She’s not overly versed in the intricacies of planning no, but planning decisions are made at the prefecture so she is not particularly involved, but she has what I call the batphone like I suspect many secretaries do, and is always happy to do whatever is necessary to get your issue sorted or question answered, right down to one planning application which turned out to have been very poorly done by the chap who did the drawings (and associated paperwork) for us and bounced back and forth to various departments with a delay each time, and when she heard they were going to send it back to us literally came round with a tape measure, calculator and paper and stood in a dirty cowshed with us to get the measurements needed and then phoned them through to the prefecture to put on so they could then send to the historic buildings people.

I have no interactions with her outside of the mairie (aside from that one time) so it’s not as if she did it because of a personal relationship or such. The (new as of last year) Maire has also been just as helpful. He’s a neighbour and again speaks not a single word of English, but is one of the ‘anchor families’ of the village, but has popped round a few times when we’ve had planning/ building reg related queries with versions printouts of what is needed, and English translations and is always happy to do his best to help.

Imagine the same in a small, overstretched town hall in the UK!

Well there is the rub, most documents are translated into lots of different languages. Not the same in France, you learn our language or go without!
Thats one reason why I get fed up with people moaning about racism in the UK which is way more adapted to multi culturalism

It’s because they know us, personally.

And maybe also because they are good at their jobs! Ours isn’t, and with her son on the conseil she gets away with endless sick leave, poor performance and makes no effort to keep up to date with changing regulations etc,