For anyone who feels the need… 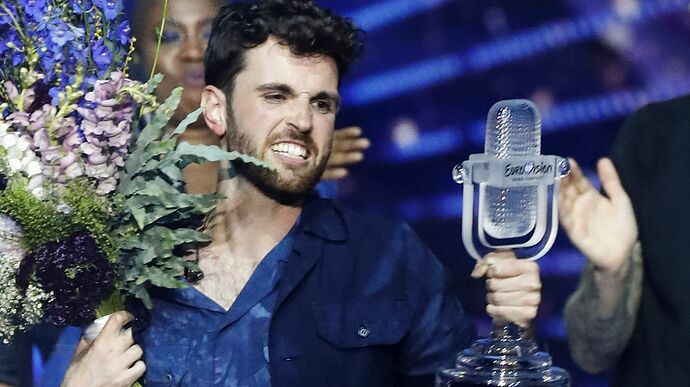 I was half watching last night and suddenly thought the song I could hear was pretty bad. I looked up from my iPad and it was the UK. Perfectly good singer but rubbish song. I’m not surprised the UK came last. France had a plus size ballet dancer who seemed to have nothing to do with the singer and Australia had flying on wires.

If he had his way, we (british) wouldn’t have to subject ourselves to this humiliation every year

Ah, i see now where all the confusion has arisen - it was all about leaving Eurovision, not the EU!!!

Easy to confuse the two after all, what with the annual humiliation that is Eurovision.

Come back Sir Cliff, all is forgiven !

Nahhhhh crappy song, badly presented. Pigs ear and silk purse spring to mind. As do other things but I know they wouldn’t go down too well…

Visually the Australian on the high bendy pole was magnificent … certainly put Madonna to shame! I can’t remember any of the songs. It’s all image these days.

Go on Simon, spill the haricots.

I didn’t watch it live this year but I love Madonna and wanted to see her performance…my first thought was…she’s been sabotaged by the sound system…!

And here’s the link to her “Ray of Light Foundation”…

“My Revolution has nothing to do with bloodshed or violence.
It is a revolution where we support one another regardless of race, religion, or gender.
A revolution that promotes peace and demands equality.
I don’t accept injustice. And neither should you.
I invite you all to join my Revolution of Love!
–MADONNA”

We were watching a horror film…when it finished Madonna was just starting to murder “Like a Prayer”. Think the twitter version has been pitch corrected. Take a lot more than that to make my voice sound anything other than flat mind you!