The chateau is charged with adding sugar to the wine… ooops 53,000 bottles could be going down the plughole…

Almost 400 hectolitres of wine from Margaux third growth Château Giscours has reportedly been seized under suspicion that part of it was illegally chaptalised.

Sure heaps of ‘fiddles’ go on in the wine trade, first I heard of, years ago, was the antifreeze ‘mixer’ I think, to sweeten it up a bit!

Yes, Bill… this same Chateau has been under investigation before… they really should know better by now.

I know of a few vignerons who do their own work from start to finish… hardworking families who produce a delicious product… and they deliberately keep it small… rather than risk losing control.

The reporting in Sud Ouest is a little over dramatic to say the least - sells papers after all.
Those with a little knowledge in the affair maintain that this is largely an error of speed of communication from the governing bodies. When it was clarified Giscours say they immediately isolated the cuvée and did not use it.

Mmmm… not sure what is over-dramatic about reporting that the Fraud Squad have seized nearly 400 hectolitres of wine…which has been found NOT to conform with the strict guidelines for a Grand Cru Margaux.

Chateau Giscours is No 3 in the Grand Cru classification and the bottles do not sell for peanuts.

Innocent until proven guilty mean anything to you ? … I believe Giscours will be presenting their defense in this case . Presumably you will be able to read the full story and then be able to make a better judgement when you have all the facts.

Are you saying that this is NOT the case… ???

While wine may have been siezed it is just an investigation atm and nothing is proved I think is the point people are trying to make.

As far as I can see, through reading everything I can get my hands on… the results of the wine-testing (by the “fraud squad”) are not being denied by the Chateau.

The wine has been “seized”.

The case will be heard in the courts in June (?)…when the why’s and wherefore’s will be presented …

I’m saying that the initial story in the papers did not present both sides, so rather sensationalized . It is not my place to outline their defense here, but I have read some communiqués on the affair and have an idea of the other side of the story. And it makes it seem a lot less dramatic than deliberate fraud and much more like a communication cock up from the governing bodies!

Whatever the outcome, your reaction shows that even if found not guilty, the damage is done to the reputation of the chateau and to wine producers in general.

According to the Press… Chateau Giscours has denied that it deliberately broke the rules… that is the case being heard in June (?). Let us hope that the Chateau can prove its point…

I really cannot see how this one case will damage wine producers in general.

Ah, now I see what you mean…not what I said, but another…

Personally, I see this sort of “upset”… as an opportunity for Producers to show the Public (or whoever) that , no matter what one reads or hears …Their Dealings are spotless…and beyond reproach.

There will be Châteaux Open Days in early April … you will know more about this than I do… but this might be a good time to speak face to face and get the point across.

See the article on Decanter’s website which quotes the chateau’s DG … shame some of the other press didn’t do this, it would have given a more balanced story.

It was that Decanter article that I was referring to… as you say, at least they did speak with the Chateau…

Chateau Giscours has denied that it deliberately broke the rules 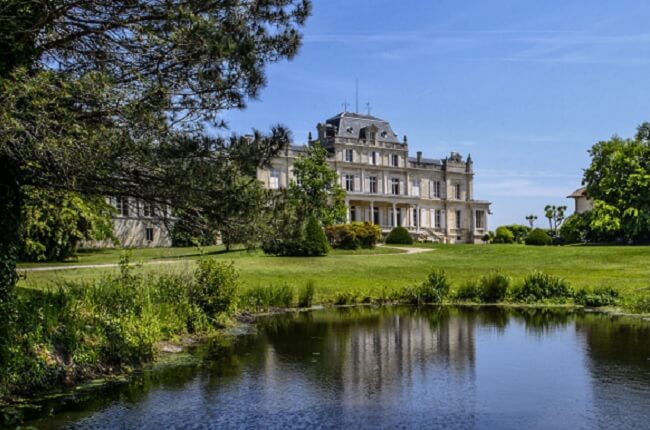 Château Giscours was fined for illegally chaptalising some of its wines, but the producer has said it will appeal and denies intentionally breaking rules...