Covid tests in the UK

I am exactly in the situation descibed here, please read: 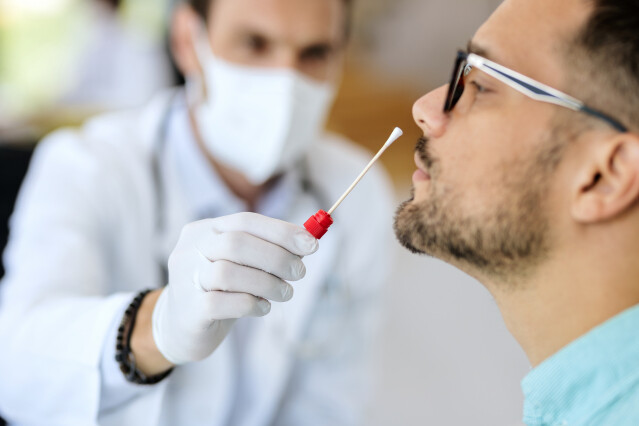 Any comment?
Anything that can be done about it?
This type of thing doesn’t make us regret leaving the UK!

Two of us paid just under £600 for a total of six tests, so cheaper options than those quoted are available. But even then, there was still huge profiteering - on booking with ExpressTests in Edinburgh Airport, the price list was £99 for ordinary punters like us, £80 for passengers and £60 for airport staff. So on the assumption that they were still making some profit from the staff testing, they were doing well out of us. Anyone charging more than £100 will be raking it in. Government licence to rip off.

Mat Hancock and his sister probably have shares in one or more testing lab.

It just seems so ridiculous now that covid levels are low in both countries (and people are vaccinated) that so many tests have to be done for travel into the UK. I can understand perhaps one test before leaving France, but 4 or 5 tests for this trip at extortionate prices, it makes no sense. And it’s the UK that has more strange variants going around, why do they feel the need to protect themselves so much from arrivals from France? I could understand if covid levels were much, much lower in the UK than in France.

but 4 or 5 tests for this trip at extortionate prices,

Mat Hancock and his sister probably have shares in one or more testing lab.

Cases in France are now about half the UK level.

Antigen Flow Tests appear to be the cheaper and most convenient testing procedure for entry into both UK & France.
As I understand it the two & eight day PCR tests after arrival into the UK are required to detect different variants.
However, this could be a political deterrent/money making scheme to claw back some of the £billions lost in revenues!

I just returned on Friday 11th June to France after a 10 day visit to Wales. The French guidance changed several times (for the better) after I made my bookings. I booked a french antigen test at a local pharmacy the day before I travelled back. I had the certificate in about 15 minutes and it contained all the info required by UK border control. They took my carte vitale so essentially free.
I ended up paying just over £400 for tests in the UK.
For the UK passenger locator form I had to put the Code generated by a Day2 / Day8 test booking. I could be cynical and suggest now that one might buy the absolute cheapest one, since all you require is the Code… the tests are another matter… more below.
To return to France before the 10 days were up, I needed an antigen test (until the rules changed again on 9th June). I booked one from Boots, costing about £60., certificate sent to me by email less than an hour later. For belt and braces I had previously booked a PCR test with Vivo Clinic, since the day 8 results would have been too late to be of use for my return to France. This cost me £125 for a single test with supposedly guaranteed results next day. I received the results as a pdf attachment to an email before 5:30 pm on the following day. I was very happy with the service provided by both Boots and Vivo Clinic.

The expensive company that messed me about massively was the Day 2/Day 8 company I booked some weeks before at the time I booked my travel, London Medical Labs, also trading as Private Coronvirus Tests. This is the company promoted by Eurostar. For the two tests they charged £219, including the reliability of a courier service the same day back to their labs.
(When I checked the companies and their reviews, they all seemed to suggest that Royal Mail could not be relied upon for a timely delivery or return to the lab. Hence my decision at that time to go with a company using a courier service.)
The performance of London Medical Labs was in breach of contract, since they failed to provide the services they offered. They are also required to communicate the results of the tests to Track and Trace. They did not, so I have been chased twice by local track and trace to forward the test certificates to them.
The outcome was that I spent some time on the phone with the NHS advice services. Apparently it is now common to not receive the tests on the due date from these private companies. I was advised to wait till the evening on the due date, then ring NHS again, who would then send out a next day test kit for me to use and send back.
If these companies do not provide a reliable service despite the massive fees I would now pay the cheapest one, however badly reviewed, that is listed on the UK Govt test providers list, and if the tests do not arrive contact the NHS for their fall back service.
There is apparently no appropriate feedback mechanism for the UK Govt to review these private providers and their performance. This seems to me to be on a par with all the reports about dodgy contracts let by the Government without due diligence.

try a s.75 claim if you paid on a uk credit card as breach of contract, timing being clearly of the essence.

Thanks John for your detailed description of this ridiculous “entering the UK situation”. I am preparing my trip for next Wednesday.
I will get an antigen test at a pharmacie on Monday (free with carte vitale I believe) and immediate results.
I will order the cheapest day 2 + day 8 tests (I think it’s Randox- £96 for the 2), you do the tests yourself and send them back!
For return to France, I think I’m right in saying I don’t need to do a test if I’m fully vaccinated ??
Does this plan seem reasonable ?
And as covid levels are very low in France now, do you think France might become a “green” country soon?
And does anyone know if flights are being cancelled at last minute because of lack of demand ?
If there’s any way of protesting to the UK government about these ridiculous controls, please advise. I sent an email via the government website and got a reply saying they can’t do anything.
Thank you in advance.

I will find and post a code or two for Randox this evening since it appears there’s an interest.

I sent an email via the government website and got a reply saying they can’t do anything.

That’s the first honest reply I’ve seen this government give.

For return to France, I think I’m right in saying I don’t need to do a test if I’m fully vaccinated ??

With the very rapid increase of the 𝛿 variant in the UK, I would not be surprised if the rules for travel from UK into France were to change again in the near future.

Your results will be emailed out to you post analysis.

Your Passenger Locator Reference Number will be issued at the checkout confirmation page. It will also be sent to you by email.
Please check your spam folder if you haven’t received it.

Orders may take between 24- 48 hours to be dispatched. Wherever practical we will aim to deliver all orders received before 9am for the following day.
Please note weekends and holidays may affect delivery times.

For return to France, I think I’m right in saying I don’t need to do a test if I’m fully vaccinated ??

That’s my understanding at present - but a daily check of the relevant government website will let you know if anything changes.

If it’s the same as UK residents arriving in France then a negative test is still required just at the moment even if double vaccinated. Do you think it might be different for French residents returning home @_Brian ?

Fully vaccinated travellers will need to present the following documents:

** a negative PCR test result taken within 72 hours of departure, or a negative antigen test result taken within 48 hours of departure*
** a completed ‘sworn statement’ (déclaration sur l’honneur) form self-certifying they are not suffering from symptoms associated with coronavirus and have not been in contact with confirmed cases in the preceding fortnight. This can be found on the French government’s website*
** proof of vaccination status*

I booked a test online in France on Saturday 12th June 2021. Arrived in London on Sunday 13th and the 2/8 day kit arrived through post to my UK address on Monday 14th June. I took the swap for the 2nd day on Tuesday 15th and send it back immediately.

I took the swap for the 2nd day on Tuesday 15th and send it back immediately.

I’m not suggesting you would think of this for a minute.

But I wonder how many of the home test D2+8 swabs are actually  run round people’s noses and throats given that it is a) unpleasant and b) there is a distinct benefit to returning a “negative” test.

Do you think it might be different for French residents returning home @Brian_House ?

My apologies, Angela. It looks as if I had misread a chart on the French government website. It looks as if fully vaccinated French residents leaving the UK do require a negative Covid test within 72 hours of UK departure.

So hard to keep track of all this - it seems to change every five minutes!