Hi everyone, first of all I hope everyone is safe and nicely tucked in inside your homes? After that first ‘panic week’ things are starting to settle down and we see the near future with more clarity.

But the question of ‘who will pay’ remains quite important and I wanted to share a couple information I’ve received from both the insurer’s union(s) and the entrepeneur’s union (Medef) that I’m part of.

In regard to small businesses that are insured for loss of income (perte d’exploitation in French), that kind of event is related to war (as Macron like to remind us) and therefore is automatically excluded BUT the union and some big insurers (MMA, AXA, etc.) have already started to consider paying out even though it’s supposed to be excluded. So for those insured they should be roughly okay.

But what about the micro entreprise, self-employed and small businesses that can no longer work because they’re on house arrest? The line is not crystal right now when it comes to insurers but there are active discussions to consider everyone on a ‘sick leave’ and payout the individual loss of income cover (if they have any). For those without private cover they’ll still have the CPAM’s cover but I won’t lie this won’t be huge in that case.

Anyway, that’s what we know right now and I thought this might be useful to some in these dire times.

But what about the micro entreprise, self-employed and small businesses that can no longer work because they’re on house arrest?

There was a government announcement about this on the radio yesterday. A scheme is already in place. I posted a link on another thread yesterday, will try to find it for you.

Edit - rats, this has been updated of course so the relevant interview is right down the list now. It was with Bruno Le Maire.

Hi Anna, yes there has been some announcements but they were all in regard to the national insurance scheme (the CPAM basically). I wanted to share so ‘off the counter’ discussions that are currently ongoing with private insurers which (for once) want to help and extend the national cover to the private sector

I thought it was solidarity funds rather than CPAM. Either way, it’s something for MEs to be aware of and look into if it becomes necessary👍

You’re partially right (as the loss of income scheme will also be triggered like CPAM, CIPAV, former RSI, etc.) but I’m mostly simplifying this as best as possible… my point is that this is the fact funded bit

Thank you very much for posting this. I live in the UK and own a property in France rented to a France based holiday lets company. I am registered under the regime micro entreprise for tax purposes and have a SIREN number. As you can imagine, due to covid-19, income has vanished. Can anyone confirm if the government is giving any assistance, and if so, how to apply? Thank you in advance

Hi Iona, for now the only assistance they provide is if you’ve lost more than 70% income compared to last year (in March and same for the following month(s)).

The state has created tons of other measures which are mostly in relation to the bank but you can postpone the payment of your social taxes, ask for a loan to the bank up to 25% of last year’s turnover (an almost interest free loan without guarantee), etc. The list of what you can do is there. 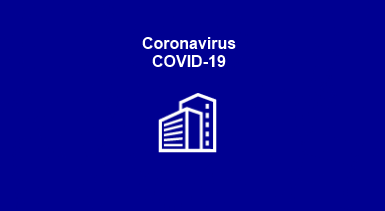 The income loss has been reduced to 50% now.