my wife and i live in france ( since nov 2020) we have applied for the brexit CDS and still waiting to hear.
we both still work in the uk - when we can get there !!
we are paying a rather large amount for private health insurance, and are wondering what needs to be done to reduce this…

If you are frontier workers then that will be the answer! I know there are some people on here who have this status, so perhaps they’ll pop up and tell you. Shame you didn’t do this last year as I think could more complex now as no longer european. Presumably you’ve seem this… 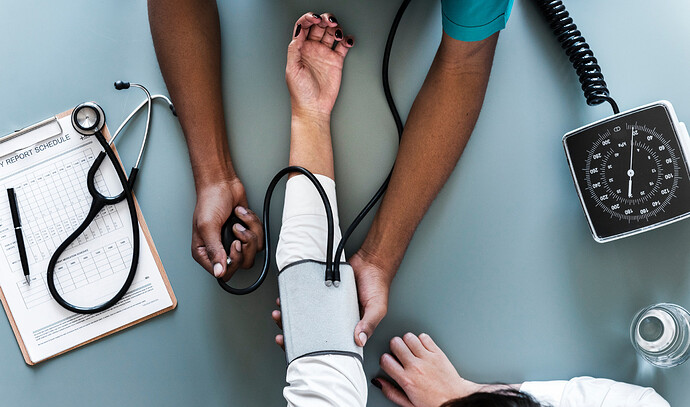 Workers Entitled to an S1 | RIFT

Where do you currently pay tax? And are you employed in the UK paying NI?

However, if you don’t get your S1 as a frontier worker then the other option is just to join the French Health Service (PUMA) like any other resident. You will have to pay approximately 8% of your income over 10,000€. But straightforward to do and as you have now been resident for over three months you can apply as an inactif.

Us frontaliers should stick together - check thread ‘my duck is not quacking’ - on reflection perhaps I could have made the title more informative!

maybe we need a thread bringing all the different aspects together - e.g. declaring the foreign earnings to France tax.

When you apply for your S1 - ps DO NOT under any circumstances even hint on the form that you might possibly do any work in France in any of the boxes - it will be misconstrued and a letter (not) sent asking to check with France who is responsible for your healthcare!

PS when it arrived, mine is for a year - need to do the whole thing again in september…

So having a specific thread might be good - this one?!

maybe the tax part can be a different one …

As you were here in 2020 you should still be able to apply for your frontier worker S1 under WA rules rather than if you had arrived this year. Give them a call.
For S1 Overseas Healthcare Service on +44 191 218 1999
Have a cup of tea with you, you can wait a while!

Thanks for the help - very informative.

yes I pay tax in the uk, and obviously NI to suit.
as an application for CDS and a home owner for over 3 years, its easy to establish all rights under the WA…so it doesnt matter about dealing with this all after 31/12/20.

when I looked into the S1 from the uk…it said apply via the government gateway…and the helpline told me that the CA8454 was the first route, and then when I successfully have that, apply for the via S1…so being a newbie im not sure if thats a change post WA…

however, ill check out the other article’s mentioned, and thank you all for your help…

Just call the number I gave you, they are the ones who issue the S1s and will tell you exactly what you need to do.

yes I pay tax in the uk, and obviously NI to suit.

You do realise that as a resident you are obliged to do tax returns in France as well?

I will call them first thing tomorrow.
yes, I did hear that I need to make a tax return in france too; im just not sure when yet…I was going to get a local accountant to help with the first few, until I learn the system and process.

Just called that number.
It’s ONLY if your retired.
If your a frontier worker you apply to HMRC via the form I’ve applied by.

Will have my fingers crossed for you there Rob. Advice from my partner who had difficulty getting his a few years back is to follow it up with phone calls once you are confident it will have arrived. If you insist on speaking to a “technician” it should get sorted. However, they may be more on the ball these days as there must be quite a rush of people applying for one at the moment.

I know what frontaliers are, but not sure about criteria for cross-border workers? Since working in the UK and having somewhere to stay there are considered as ties for residency then how does one avoid ending up be classed as UK resident rather than French resident? Thinking back, in my first proper year here I couldn’t work in UK for more than 45 days without being considered resident there… (I never enquired about getting cross border status, but just joined PUMA…)

its not an issue when it comes to being a British passport holder, and working in the UK; but being a French resident.
im self employed in the UK; I submit my tax returns in the UK, but im resident in france and have applied for my CDS under the WA - ive owned a house in france for 3 years…but made the jump to residency as a bi product of Brexit of course.

How many days do you spend in the UK in normal times? As that seems to be the kick in the tail. I was told no more than 45… It seems there’s a big blurry area between French residents who just work in UK from time to time, and are entitled to nothing despite paying NI, and French residents who work in the UK and are considered cross border workers. Irrelevant to me now as I have since retired, just curious.

as an official " frontier worker" im allowed to spend 5 days a week in the uk, and return to france at weekends…obviously thats post covid !!!..

im a British passport holder, born there, with the right to work etc…
so theres no tape to deal with on that…
I pay tax and NI for healthcare etc in the UK…
hence my original questions about how to reduce private health insurance…

my French isnt that good, but improving, so its hard to find info on French government websites…
uk gov website says 5 days working and returning to main residence in france…
I would have said ( but not 100%)…if you only work occasionally in the UK…say a week every few months, then you wouldnt qualify under the frontier worker criteria…but im certainly no expert at any of this…just muddling my way through, as quick as I can, but trying not to get anything wrong…

Yes that’s the frontalier pattern…weekly trips. I thought you were talking about something slightly different when you referred to cross-border working, in that you returned to the UK less frequently/regularly.

And as a fully NI paid-up frontalier then you should surely get an worker’s S1 and thus entry to French Health system. Hope your private health insurance is one you can cancel before the year’s up.

You should apply for S1 online as you still pay NI and Tax …easy process and definitely worth a try.

Just had a call from HMRC.
they are issuing the S1 to france today…that was very quick…
online I filled in the CA8454 form as a frontier worker…

Brilliant! You are possibly one of the last UK:France frontaliers as I gather post-Brexit this is now extremely difficult… frame your S1 when you get it. (But scan it and take copies first…)

Am nervously waiting for my S1 on exactly the same basis.

Trying to get registered in the French health system has been my first encounter with French officialdom.

Wish me luck - the CPAM I handed my application to has already lost some of my documents. I will be copying that S1 before it goes anywhere when it arrives.

Will also be contacting Fabien for mutuelle cover as soon as I get my temp social security number Jane - I’ve taken very seriously your warnings about hospitalisation costs.

Multiple copies of all documents are essential - scanned to several computers or one and several backups etc etc . Can’t have too many documents