Difficult to top this as a bad day!

New Lambo, breaks down in the outside lane, gets totalled by van. 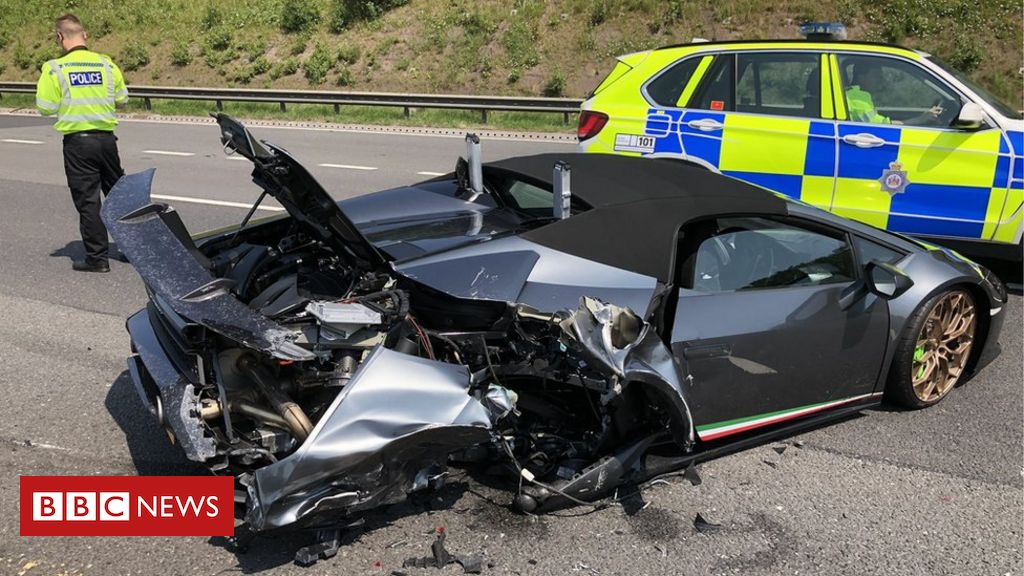 Lamborghini wrecked after 20 minutes on roads

Police said the sports car was hit after stopping on the M1 because of "mechanical failure".

Ouch !! Lucky that no-one was killed.
I bet someone’s insurance premium just went up a notch or two though.
I wonder why the car stopped in Lane 3 instead of the driver being able to let it roll to the hard shoulder. Coming to a stop in Lane 3 really is something to be avoided if at all possible.

Not the best publicity for Lamborghini.
Luckily no one was seriously hurt.
Thinking of my own experience of vans on the motorway, I wonder how close the van was to the car.

I bet someone’s insurance premium just went up a notch or two though.

If it was genuinely mechanical failure with the van failing to stop before impact then the van driver is going to be deemed to be at fault. The report said he was hurt, though not seriously, so I hope that he makes a full recovery.

My car once failed in lane 2, I was lucky to be able to coast across the lanes onto the hard shoulder. Phew.

Often, this type of accident is caused by someone following too closely to the vehicle in front.
Imagine 3 vehicles traveling at speed in line astern with vehicle 3 much too close to vehicle 2.
Something happens to bring vehicle 1 to a stop. Vehicle 2 just manages to swerve to one side in order to avoid vehicle 1. Vehicle 3, which has been following vehicle 2 much too closely, simply has no time to do very much at all, and so strikes the back of vehicle 1, often before the driver’s reaction time has even elapsed.
The only way to prevent such accidents is for everyone to space their vehicles out a lot more than is usually the case.
Hence the autoroute signs here in France that refer to the white lines separating the main carriageway from the hard shoulder and tell us; 1 Traite = Danger, 2 Traites = Securité.

Only a fool breaks the two second rule

That dates you Ray (and me, since I remember the campaign

it does and having just seen that it was from 1975 clearly I wasn’t as young as I’d thought I was when it was going round. 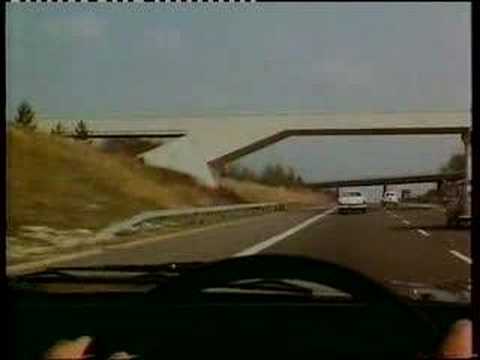 This was also very useful when I took my licence and I got asked about braking distances at xx speed. I didn’t know the measurement but I quoted the rule and got through

Only a fool breaks the two second rule

Trouble is that there are so many vehicles on the road that if everyone observed a safe braking distance, some would never be able to leave home!

The thing which hacks me off is when you are following the vehicle in front at a safe distance and some plonker pulls into the gap (especially when you fall back to maintain safety and another plonker does the same).

It is more than a hack-off if the vehicle you are driving is a 16-seater coach, all-up. Or any sort of coach/bus. The behaviour of many car drivers towards passenger-carrying vehicles is appalling.

The same applies to goods vehicles. So many car drivers, who have no experience of a goods vehicle, from a 3.5 tonne upwards, take liberties with these vehicles that defy belief.

On tour in a 16-seater with the military history society [sic] of New Scotland Yard - all senior police officers with scrambled egg on their hats - some prat in a car cut in front of me by inches. I was impressed by the fact that every policeman in the bus saw this. There was a simultaneous hisss of breath being sucked thru’ 16 sets of teeth.