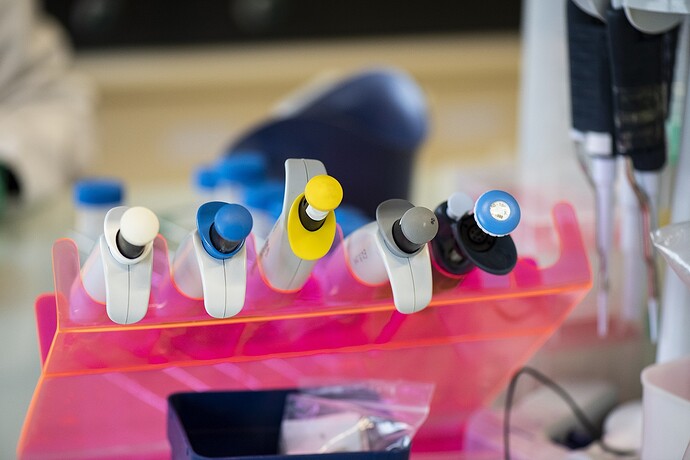 Questions and answers on COVID-19 vaccination in the EU

Questions and answers on COVID-19 vaccination in the EU

at least one dose

That’s the Achilles heel. Looks good in the headlines but is not based on any science.

That’s the Achilles heel. Looks good in the headlines but is not based on any science.

Ah but the latest study seems to show a larger gap between doses increases efficacy. So maybe given as many people first doses as possible is the way to go after all!?
Izzy x 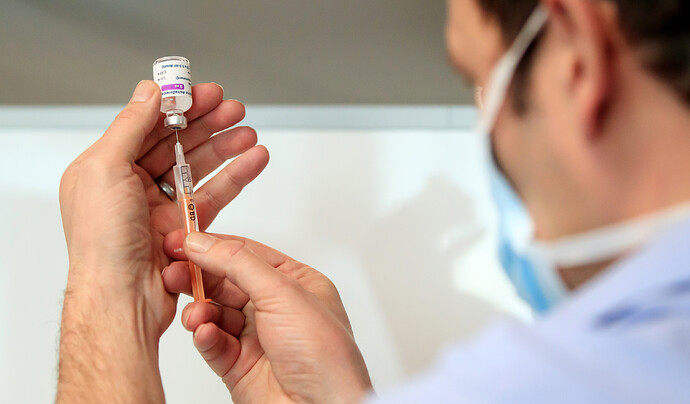 Efficacy of the vaccine increased to 81% when the second dose was given after three months compared to 55% after a six-week interval.

I saw that @IzzyM and had been looking for it to post here ,but couldn’t remember where it was Thanks

Only for the AZ vaccine.

Sky news also carry the report, I would post the link but I’m rubbish at it!

This is encouraging too. 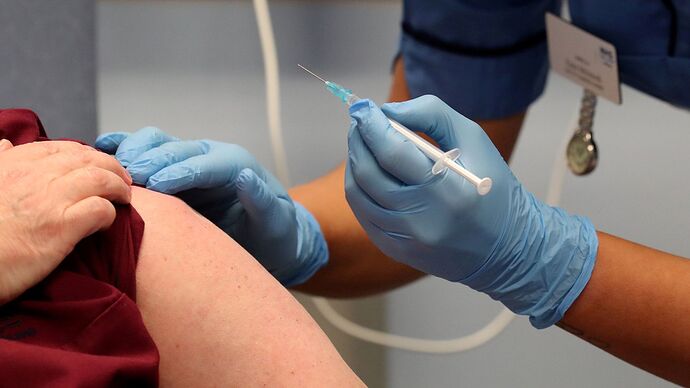 The lead researcher says the results are "very encouraging and have given us great reasons to be optimistic for the future".

Johnson has just declared (again) that he’ll be driven by the data not the dates and then come out with a whole bunch of dates stretching into June.

I think one has to just decide who one trusts.

I think one has to just decide who one trusts.

Let me see, any politician… Nope I will pass on that one…

You know Izzy, nobody has a clue.

Of course they have a clue! These are results of bona fide scientific studies not just some blokes with their thumbs up their arses taking a guess.
I’m taking the view that any protection against the virus is better than none and whether that’s 80% or 95%, or whatever, it’s pretty much going to prevent most people from dying/getting seriously ill from it even if they happen to be in the unlucky percentage who happen to get it after having the vaccine.
After the shit year we’ve all just had, nobody should be complaining about that. And the fact we have not just one but several effective vaccines in less than a year is little short of miraculous.
Let’s all stop with France is best and UK is rubbish and trying every which way to make the incredible vaccination numbers in the UK look bad. It’s becoming very tedious now.
Sorry, John, I know I’m responding to your post but my little rant isn’t aimed entirely at you.
OK, I’m done now. As you were!!!
Izzy xx

And the fact we have not just one but several effective vaccines in less than a year is little short of miraculous.

Couldn’t agree more Izzy. Well said - and the rest of your posting too. Not a rant, but a very valid comment.

Well said @IzzyM it sounds like a school playground sometimes 80 % plus social distancing,hand washing masks etc will provide fairly decent protection,better than no vaccine at all

The WHO have supported the UK’s way of doing it. To be fair I’d rather my at risk husband had 80% protection as he would in the UK rather than 0% as he has here.

absolutely, “a small amount of something is better than a large amount of nothing”

will be written on my tombstone!

all stop with France is best and UK is rubbish and trying every which way to make the incredible vaccination numbers in the UK look bad. It’s becoming very tedious now.

I really agree with you, of course the efficacy studies are based on fact and study, there are vested interests in rubbishing them !
Unfortunately there are a few people who seem to take delight in rubbishing every thing coming out of the UK and France can do no wrong, when in fact both countries have good and bad points. Objectivity is sadly missing.
In THIS particular case France and EU got it wrong and UK right…any body here really think life will be back to normal by mid-summer as is quite possible over the channel. On current daily roll out volumes French campaign will not finish until August 2023. Undoubtedly it will be earlier but not by summer end 2021.
Call it how it is for once…and I’m getting really cheesed off at living a "pedestrian " life of doing little than walks and gardening !

any protection against the virus is better than none

Of course it is izzy, but that doesn’t mean that the experts (with the notable exception of Devi Sridhar IMHO

) don’t have their thumbs up their arses. Many of them have their heads up there too.

In fact Sue’s point proves it, few of them had a clue about how fast a traditional, let alone a new technology mRNA vaccine, could be produced. Now few of them have a clue about how long protection lasts nor whether it’s effective against new variants nor whether a half dose, delayed roll out gives better protection to the population or stimulates mutations. But far too many of them are willing to grab their five minutes of fame and bullshit about it.

Nobody is saying France is best (far from it) but the British Government has presented all of their measures (including the AZ effectiveness) with an unfortunate “mine is bigger than yours” attitude. I suppose this was driven by a desire to deflect from their own failure but it’s annoying. It’s hard to commend boasting, even when a good job is done.

I laud the efforts of the NHS and the volunteers that have done such an excellent first dose rollout. However, I do not yet believe that the science behind it was sound nor that the political motivation was honest.

It has been a dreadful year and I can totally appreciate your desire for reasons to be cheerful.
But when I see the same old rubbish being scrubbed down, tarted up and trotted out again I find it difficult not to call it out.

35,000 vaccinations today, seems to be slowing down, now projected to be 19th August 2023 before all done! And weekend lockdown in certain coastal areas of southern France, let’s hope its not a portent for other areas.

France and EU got it wrong and UK right

The families of the 130,000+ UK people who have died of Covid might not agree with you John. Or are you also happy to sweep Johnson and his regime’s failures under the carpet?

Personally I lament the short memory of the electorate and despise the politicians who cynically manipulate same. As I have said, I laud the speed (though not the science) of the UK rollout, I just dislike politicions who had little to do with it claiming credit. 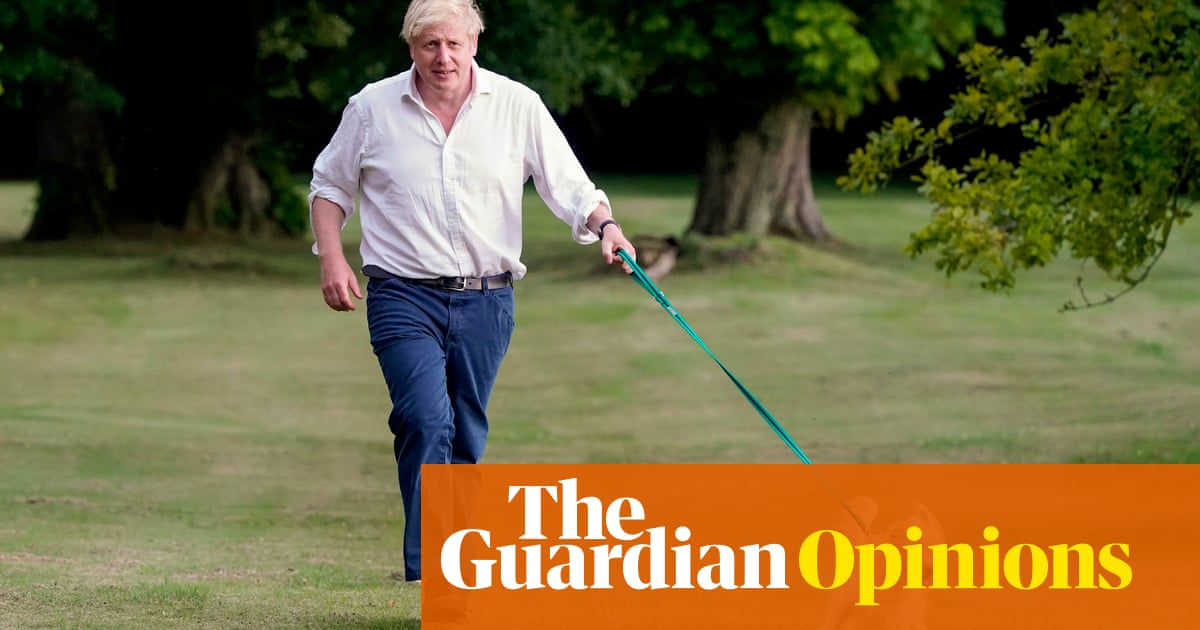 Johnson is subdued but his dog is causing havoc. Are you thinking what I'm...

Forget the spad wars at No 10 – the real drama is over the prime minister’s sexually incontinent canine, says Guardian columnist Marina Hyde

Thank you for posting that! Probably her best yet!

Do you think France under EM’s leadership got it right?