Does this sound OK?

I hope you are all having a pleasant Sunday afternoon.

I’m composing an e-mail with the help of Google Translate and I want to finish with ‘I look forward to your reply’. Google tells me that the French of this is ‘J’attends avec impatience votre réponse’. I’m a bit worried about the word ‘impatience’ - is this translation OK? I want something that is not overly formal but definitely not ‘familiar’.

Supplementary question re. Google Translate: is there a better (free) translation program?

Many thanks in advance

Partly it’s a bit like “demander” meaning to ask - “impatience” just sounds a bit too strong to English ears - though it doesn’t help that it *can* be translated as impatience and impatienter means to irritate or annoy. 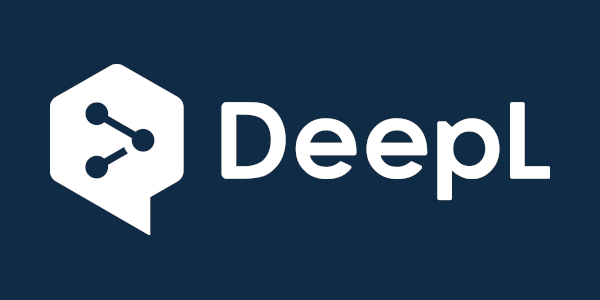 My vote would be for ‘J’attends votre réponse’ , without impatience, followed by ‘Bien cordialement….’

I think the formula is “En attendant de vous lire, je vous prie d’accepter mes sentiments distingués” or whatever your preferred formula is after the “lire”

I wouldn’t go any stronger than that, IMV it would look Anglo-aggressive.

a bit too strong to English ears -

I was in a situation in which a waitress, being pestered by my client *****, who was very drunk, reckoned, “Ce n’est pas grave”

I replied in English, “I think this is very grave…”

I now know there’s a world of difference between the FR and ENG meanings of ‘grave’.

But I do amend sentences which translate with ‘impatience’. I just don’t trust that it’s not as strong as the ENG version.

I was taking him and his pal, both Aussies, on a private battlefield tour of the British & Commonwealth sector. Natuarally we went to Fromelles, a small village which was the site of a particularly dreadful bloodbath involving, principally, Aussie troops.

The primary school at Fromelles is a memorial to the Australians 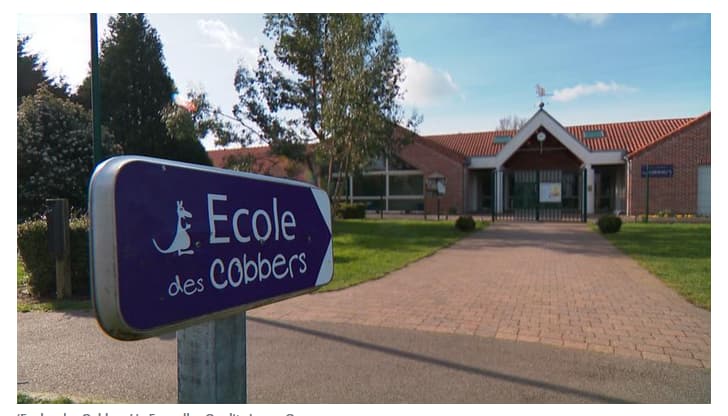 The weathervane on the porch roof is a kangaroo with a joey in its pouch.

There is another school with Australian connections at the village of Villers-Bretonneux, École Victoria, 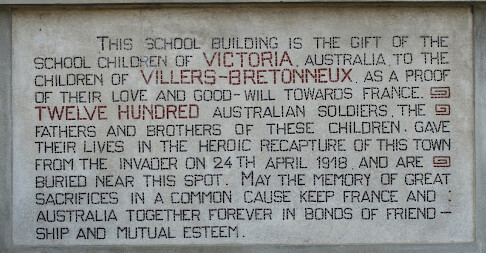 @toryroo should be very proud of her namesake State and her country for the generosity of those who helped to rebuild the village and lives of the French at V-B.

The National Memorial of Australia in France is on the downs just outside the village. ANZAC Day Dawn Ceremony was a memory never to be forgotten. 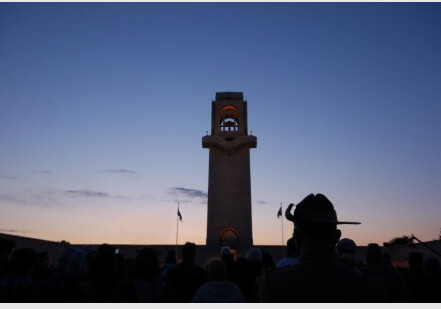 I also recommend DeepL, much better than Google.

Though it is one which fits the “circumflex = add s after the vowel and you’ll probably find the English equivalent” rule.

That”s what I would use unless a horribly formal email.

But not if one is writing to a French person

Oh that is lovely, I’m actually in tears at the plaque. And the Cobbers school, just gorgeous, there is even a big gum tree out the front!

With the hâte/hate thing I blanched a little the first time that came up in a translation. I also twitched at the idea of being desolate when something went wrong.

Yes ‘hate’ with a circumflex means haste, not hate as in English.

What an interesting array of replies. Thanks all

Never fails to get me teary, too, Tory. There’s a charming little ‘museum’ of ‘Ozalia’ over the school room at V-B.

You really must go to the Dawn Ceremony on ANZAC Day. People - lots -come from OZ and NZ. You have no excuse.

Your Ambassador to FR and the Aus Cultural Attache attended and gave speeches. The whole thing was broadcast live, down under.

The assemblage moved on to the village of Bullecourt, where there is an Aussie memorial - The Slouch Hat - 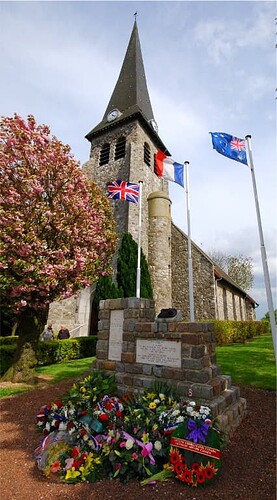 and another memorial ceremony took place. 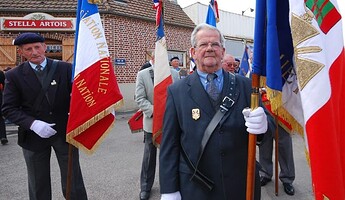 Then I took my clients to the most famous of Aussie memorials, other than the National Memorial, at VC Corner, the statue “Don’t Forget Me, Cobber!” 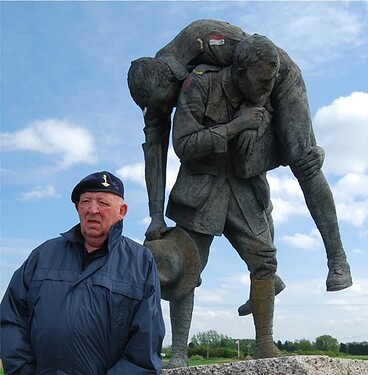 My client pulled out his beret and there, his cap badge [the winged figure of Mercury, messanger of The Gods], the Aussie equivalent of my father’s regiment, The Corps of Signals.

I’ll leave you to look up " … Cobber!" Get the paper hankies ready…

Again in tears. Thank you x

Or use both - these days they are both AI “deep learning” based - though I agree deepl has an edge generally.

the idea of being desolate

I’m more nervous about being deranged. Those hotel door knob hangers asking the chambermaids not to derange one - I tend to image Jack Nicholson with his axe “Heeerrre’s Johnny!” 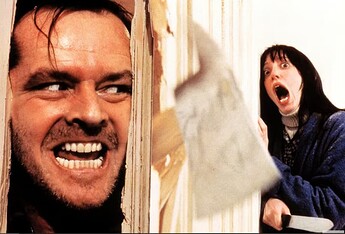 Was that from Psycho?

Like ‘Psycho’ set in a hotel but it’s ‘The Shining’

As for desolate, I’m OK on account of a phrase I got used to saying throughout my French lessons’ schooling, "Je suis désolé d’être en retard … "

That’s less of a challenge for me because it’s not unusual to talk about systems being deranged in my line of work. Was that from Psycho? Never seen the film, but it strikes me that a number of people were going to have a seriously ‘not good’ time.

Generally referred to as a DND (Not TNT)