Does your car suffer 'vampire drain'?!

To confirm… The 12V battery in an EV is kept topped by the vehicle traction battery, even when the vehicle is at rest. I witness this quite often when walking past mine & there’s a clunk & one of the charging lights on the dash blinks for short while.

As an EV traction battery capacity is MASSIVE in comparison to the 12V one the chances of it draining whilst parked for long periods is a lot less than that of an ICE vehicle, even if the traction battery is a fair way discharged.

I’ve got a variation - ghostly rear wash/wipe using up the washer tank for no good reason.

Every now and then, for no reason I can fathom, my rear wash/wipe goes into action, water jetting down the screen, wiper swishing away.

The switch on the stalk being ‘off’ the only thing I can do is run the switch thru’ its 3 positions and hope it stops. After a cheeky two or three more wipes, Inc water spray. It does.

But then, it’s a Peugeot.

Hmmm… I thought you’d got rid of your Peugeot? Did you buy another one?

We had 3 Peugeots: 2 X 406s and a 307SW. Electrics were of the standard I should expect on an Italian car, and I would not buy another.

I thought Peugeots were French, or are you making a subtle point there?

Possibly not so subtle.

Hopefully your experience will be much better than mine!

I certainly hope so…

Hmmm… I thought you’d got rid of your Peugeot? Did you buy another one?

I would not buy another.

Remember the Top Gear prog where they reckoned that Peugeot had decided to make The Best Worst Cars Of All Time, and then proceeded to drive about, running off the road into ditches because Peugeots don’t have steering that works and all sorts of other japes.

They have regularly featured in the very bottom 10 of [is it?] the J.D. Power car reliabilty survey, all makes, thousands of respondees.

Exactly what the woman said who sold me a Poang chair down near Mt St. Michel when I mentioned problems. Guess what? Mine broke down - just completely died - 20 mins from her house, at around 8pm. It was 2am before we got home in the recovery co taxi.

But I guess it’s a numbers game. Every once in a while a good one escapes and someone gets lucky. Let that be you, Angela!

And if you don’t have a fave indy garage that you really can trust to do the job for a fair price, there’s one here in Vire. They fixed a prob that the Peugeot agent in Torigni had already charged €900 to fix and didn’t and were now punting a new turbo for €1200.

The lads in Vire fixed the problem for €250. And it has stayed fixed. Diamond geezers. My neighbour had recommended them months earlier and when the first occasion of sudden death occured the recovery truck took it to Alain Garage by default. Spot on.

Worse than those involving the products of The Prince Of Darkness, Joseph Lucas?

must say… this is the first time I’ve heard peugeot given a bad name… but as always, i suppose it depends on many variables.

We had a 406 diesel for years, its 5-places made it handy as a village taxi on market day… OH eventually replaced it for a 4-place rcz… which goes like a dream

I haven’t noticed any loss from my Hyundai Ioniq, even though it does sometimes stand unused for several days at a time.

It doesn’t happen when you’re reversing, does it?

Either you have damage to the rear wiper section of wiring loom somewhere causing power to be supplied to both rear wiper motor and rear washer pump (unlikely) or you have a bad column switch (likely).

The thing with Lucas stuff is that it was simple and mostly mechanical, where as the Pug stuff is all controlled from a black box that even the dealerships can’t fix other than by replacement (£750 10 years ago). I could replace a set of points, a starter solenoid or an alternator on an older bike or car…

It wasn’t just the electrics of the 307 though, but loose & clunking suspension parts, warped brake discs and various other ailments I no longer specifically remember. It was a fantastically frugal car, often doing 65-70mpg on a run (1.6 diesel) but having a decent engine isn’t enough.

What is the implication of bad column switch? is it part of the main electrics comtroller?

In all the years I’ve been driving - Mini, Renault 12, Renault 17, Morris Minor, Morris Traveller, Citroen 2CV, Rover Coupé, and 3 Renault Clio’s - I’ve not had a battery drainage problem except once when my current Clio’s battery suddenly went flat from old age.

All my cars were not hyper cool with extras. Modern cars with so much in the way of comfort features frighten me!

I remember that the Renault 17 had a steering column gear shift lever which I considered superb, but just had a look at Renault Megane’s E-Tech driving column features – need a diploma to understand how to use all that, or maybe I’m getting old!

Do we really need so many electrical comfort features? 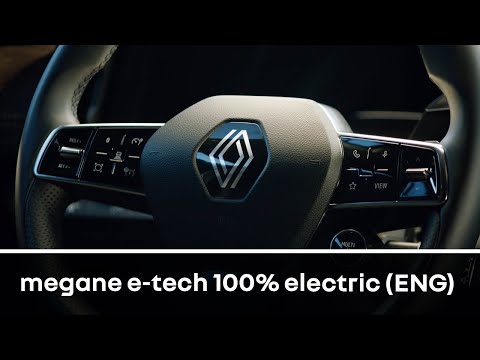 Do we really need so many electrical comfort features?

Of course we do, they wouldn’t put them in if we didnt! Gadgets are good, all those new buttons to play with​:wink: