I’ve written about French dentistry before. Still, a visit to the local surgery this week for part 2 of some pre-crown root-canal work prompts me to add some further observations on this delicate subject.

Having recently completed my field study on tartar build-up on native teeth, I’m led to conclude that the state of the national dental health leaves a lot to be desired. This is surprising given that – in my opinion, anyway – dentists here are generally more professional and less expensive than their British counterparts.

Of course, there are always exceptions to the rule. The Butcher of Brive, for example, who performed root-canal work on my poor wife without the aid of anaesthetic. Cursed as I am with a vivid imagination and having seen Marathon Man twice, it pains me to think of the agony she must have suffered at this sadist’s hands. She dare not tell me his name – she knows I’d take my Lidl pliers from my Lidl toolbox and I’d go find that goddamn tooth-butcher and extract every goddamn tooth in his head.

Anyway, soft words butter no parsnips and I come not to bury Caesar but to praise him. My fine local dentist, that is. Painless though it was, the visit on Tuesday morning was not without its ‘issues’. 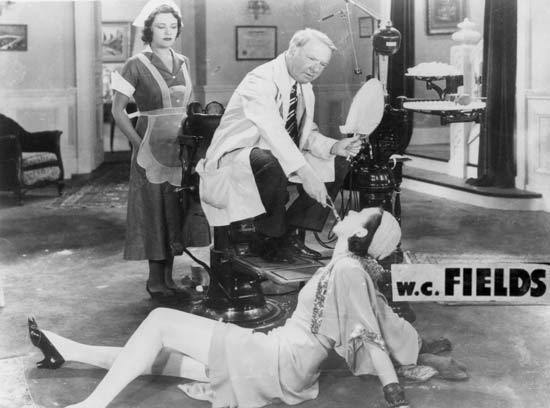 There is the continuing saga of how to address my dentist. Since I have met Docteur Garcia at a couple of social events, I was torn between ‘Docteur’, ‘Docteur Garcia’, ‘Philippe’ or an indistinct mumble. Well, last week – for part 1 of the root-canal work – I took a deep breath and blurted out ‘Philippe’. It didn’t seem to faze him, so I concluded that it wasn’t such a capital breech of social etiquette as my brother once committed (as a tip-happy waiter, who stored his spare coins in a pair of stack-heeled shoes) by tipping his dentist.

This week, though, I worried about whether I should use the second person singular or polite plural. After all, if I was bold enough to address him by his first name, it kind of implied that I should tutoye him. To tutoye or not to tutoye, that is always the bloody question in France. Fortunately, I was sufficiently awake at 8.15 in the morning to catch a second person singular tripping casually off his tongue. Which makes it much easier. If he can tutoye me, the cheeky monkey, I can damn well tutoye him.

So good is mon cher Philippe that I didn’t even feel the needle push up into my gum. I lay there in the chair tapping away at the acupuncture points on my fingertips, as my good wife has shown me, trying to deflect my thoughts from terrible images of dentistry throughout the ages and experimentation on terrified animals, and there was really no need for such anguish, because the man was gentleness and consideration itself.

Nevertheless, the business of trying to decipher his constant masked and mumbled commentary kept me on my toes. I managed to catch enough single words to work out that the reason why the preliminaries were taking so long was the dogleg that one of my three root canals took, making it very difficult for him to insert the Lilliputian metal file to prepare the passage for the paste that would block it up, hopefully, for good.

These difficulties generated a new source of anxiety: namely the number of ‘radios’ he had to take. Over the two weeks I have counted something like six X-rays. I know all about the tragic fate that befell Marie Curie. I’m hoping that six tiny doses of radiation do not equal a Chernobyl proportion. One shouldn’t be flippant about such matters, but I’m trying to shunt it to the back of my mind. I try to live my life by my wife’s credo – that we have nothing to fear but fear itself.

Anyway, I made it out of Philippe’s surgery and I’m still here to tell the tale. There was, however, one further unwelcome issue to address. On proudly handing the secretary my new Carte Vitale, I discovered that the estimate I’d received for the crown – the one I’d thought to be so reasonable – was not the end of the story. Oh no. It didn’t include the actual treatments. That is, four sessions at however much they are a pop. I couldn’t pay, didn’t pay, because I hadn’t brought my chequebook with me, expecting to settle up at the end of the course. And yes, it’s all very well that your Mutuelle pays the difference, but I have no Mutuelle. So that goddamn dogleg in my root canal is going to cost me.

Voilà! You have been warned, gentle readers. Dentists may generally be the business here in France, but you can never be too careful. May your root canals be less complex than mine.

Heavens, Frank. What a performance. Must cost a fortune. Thanks, by the way, for the 2003 mortality stat. I knew it was several million.

I will print this out to remind me never to have dental work performed in France.

Living as I do in the howling wilderness of rural Texas I didn’t realize just how different the standards of Dental care are. I’ve spent enough time in France to appreciate the good standard of medical care but dentistry I have no experience with.

Here in Texas I begin every dental session with a generous application of Nitrous Oxide sufficient to make me positively cheerful. My dentist explains in soothing language every aspect of the procedure he is about to perform while applying a numbing gel to my gums. Only then then does he actually begin injecting Novocaine and does so not in one big push but in literally a dozen tiny pinpricks calculated to be all but painless. The process of preparation for the procedure thus takes up to half an hour or more. During the procedure even the slightest indication of discomfort brings immediate concern and addition painkillers if requested and when I leave the chair I am loaded down with enough narcotics to tranquilize a small herd of elephants.

No doubt this means that dental work costs vastly more in the USA but, frankly, I’d rather pay the money.

Good grief! What a can of worms I’ve opened. I never dreamed that so many of you would be having fillings or root canal work. How tactless of me. Please accept my apologies and condolences - and bon courage! (You’ll be fine…)

I’m ashamed to say I haven’t visited a dentist for more than six years (b4 Raphie to be exact when it was free) and hold dear the thought that if it’s not broken, don’t fix it

Anyone who does go is vv brave.

My other half found a dentist that was not only able to sort her problems out but was sufficiently reassuring and patient that he managed to get me to overcome my fear of dentists that had kept me away from them for 20 years. I still don’t enjoy the visits but now go regularly.

Reminds me of my favourite on-screen dentist......

Sorry missed off the SONG....