Good grief.... I agree with Gavin Williamson and the Telegraph

When I lived in the M/E I respected and played by their rules. I find attempts by the Muslim community to restrict free speech very worrying. I’m not going to live by their rules. Maybe the community here is more tolerant that I am? Inshallah. 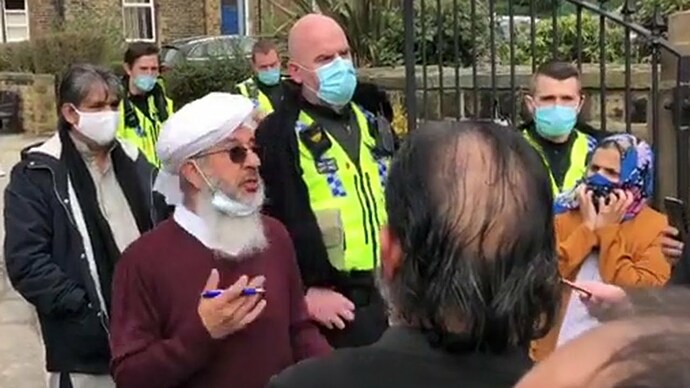 I do find their capacity to be offended quite remarkable even laughable were it not for the loonies that live among them.

I find the fact that the school caved in immediately and -in effect - threw the teacher under a bus - the most disturbing aspect. If schools don’t back teachers trying to inform their pupils but only support teaching things the parents approve of - what’s the point of education ?

I would like to see the focus/terminology moved away from ‘islam’ to ‘religion’ in general. There is a long and bloody history of religious intolerance in christianity - and in most other religions.
The media presentation of the problem as unique to islam sets up a - literally! - ‘holier than thou’ ranking of religions with white people at the top, and plays straight into the propaganda of the extreme right that would return us all to lives circumscribed by tradition and superstition.

When was the last time you saw crowds of parents outside a school baying for blood because a teacher had shown a cartoon or ‘blasphemed’ about Christ or the Christian God, or a Hindu God ?

Actually Sue this - and worse - is happening now in some countries.

I agree Geof. I’m not a fan of religions in general but Islam seems to be the only one that wants non members to play by its rules too. I don’t care what Muslims worship or do, live and let live, but if I, living in a secular state by choice, want is say the Qur’an is a load of bunkum I should be able to do so without fear of reprisals.

So, the strictness of Isam regarding “non believers” has changed my attitude towards it from benign ambivalence to active dislike.

I agree Susan, it was watching the craven behaviour of the headmaster, Gary Kibble, on television that prompted me to post the topic. 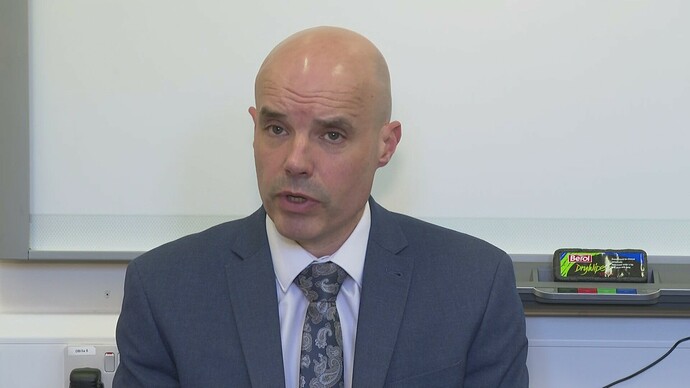 A teacher in West Yorkshire has been suspended after reportedly showing an "offensive" caricature of the Prophet Mohammed during a religious studies lesson, sparking a protest outside the school. In a statement, Batley Grammar School headteacher Gary...

In the Central African Republic christian militias have destroyed every mosque, and the UN reports that muslims are being ethnically cleansed - there are even reports of christians cannibalising muslims. The Lords Resistance Army in Uganda is very similar to ISIS - it has carried on a 20 year terror campaign to establish a region of ‘biblical law’ - the UN estimates that it has maimed, raped or killed over 100,000 people.

In Europe and America too there are cases like the christian extremist that assassinated the abortion doctor George Tiller in America in 2009, or the ‘christain terrorist’ Anders Breivik who killed 76 Norwegians in 2011. Yes these are individuals, not crowds, but there are networks behind them and their actions. Active religious belief is extremely low in our immediate neighbourhood - western Europe - christain church-goers are - what? - around 1% of the population? - so mustering much of a crowd might be difficult, but that doesn’t mean the same danger is not there across religions, and our own past testifies to this.

Dawkins in his book The God Delusion explores some of the long history of christianity trying to dissociate itself from christian atrocities - going right back to Joshua - well worth a read.

To me, there is an obvious problem at the heart of most religions: that they site their moral sanction outside of the human world - explicitly beyond rationality or dialogue - and therefore, ultimately, closed to the reasoning and feelings and standards of other people. Better - in my view - to focus on this problem - which is the real issue - than single out one religion - especially one with billions of believers all over the world.

But as the examples in my post above show, John, extreme intolerance is a feature of most religions, not a feature of islam. What protects our freedom of speech here is not any inherent difference between religions, but the simple fact that they are all weak in terms of true believers. When christianity was strong in Europe it was violently intolerant of any kind of blasphemy.

It’s only 60 years since the famous Lady Chatterley blasphemy trail in the English courts!

Do you not remember the crowds of “Christians” outside BBC television centre just 15 years ago burning their television licences because the beeb dared to screen Jerry Springer The Opera claiming it was blasphemous? In fact Christian Voice still picket regularly when it goes on tour around the country to this day. I personally saw one of those Christian extremist groups out picketing one of the awards ceremonies for an LGBTQ magazine, Gay Times, Pink News, one of those I forget which, that a client was getting an award at, shouting slurs, reading the bible out loud, placards with hateful slogans, it was only one step away from the Westboro Baptist Church in America it was so vile. It may not be a school but there are religious nutcases of all denominations alive and well in Britain…

I can’t fix the World Geof, but I can try to defend my tiny corner of it. I can watch and deplore religious intolerance elsewhere but extreme Islam is on our doorstep and it’s not in retreat.

I don’t think a few old bats protesting á la Father Ted “down with this sort of thing” is threatening. But beheading a teacher is.

I assume those people who chose to be offended by the Batley school incident must have been aware of what happened here, yet instead of making quiet representations to the School management they thundered off for an inflammatory standoff outside the school.

This is totally disgusting.
This is a Grammar School, that should be a beacon of education in the country and instead it is turning itself into a lap dog for a certain section of the population that does not want to abide by the values of the UK.

I sent Mr. Kibble a polite email suggesting that his allegiance should be to his staff and not to people who have chosen to be offended and create a fuss.

I too wrote to Mr Kibble saying that Grammar Schools should be beacons of education and wondering if the Muslim parents were given any undertaking that their children would be treated differently from the other pupils, or was it tacitly accepted that by sending them to Batley Grammar they were accepting the curriculum as it stood.
I also told him that his action would be viewed worldwide and it would give a false impression of the values of the UK.
Also, the teacher involved should be re-instated immediately and given an apology.
I think the fact that we have reacted so strongly to the pandering of this Head Teacher shows just how much of a reaction there will be against his actions.

I love how everyone’s calling him “Mr Kibble” as we all know teachers should never be referred to by their first name or you may get 100 lines, a week of detention and sent to the headmaster’s office for a lecture on respecting teachers.

But if we talk about the problem of religious intolerance, the concept of blasphemy, etc, as if they are problems unique to islam we do two things:

I think it should be Mr Kibble who should be giving himself a lecture on respecting his staff.
I would like to see him suspended.