…and if so what are your thoughts on the views expressed here?

Got this a few days ago from a friend in W. Australia. Our connection is road transport and he is a retired road train owner driver who used to roam all over the continent, mainly north and west. Our normal discussions nearly always centre on road transport matters and I have never seen him so passionate about anything as he seems to be about this.

I’m guessing that he got it from the USA and that, as he isn’t asking my opinion, merely putting it before me (unlike me here) I assume that he believes it.

Before I reply to him, I wondered what others thought about it. Genuine facts?
Or a load of rubbish?

Right now the average wind farm is about 150 turbines. Each wind turbine needs 80 gallons of oil as lubricant and we’re not talking about vegetable oil, this is a PAO synthetic oil based on crude… 12,000 gallons of it. That oil needs to be replaced once a year.
It is estimated that a little over 3,800 turbines would be needed to power a city the size of New York… That’s 304,000 gallons of refined oil for just one city. Now you have to calculate every city across the nation, large and small, to find the grand total of yearly oil consumption from “clean” energy. Where do you think all that oil is going to come from, the fricken oil fairies?
Not to mention the fact that the large equipment needed to build these wind farms run on petroleum. As well as the equipment required for installation, service, maintenance, and eventual removal.
And just exactly how eco-friendly is wind energy anyway? Each turbine requires a footprint of 1.5 acres, so a wind farm of 150 turbines needs 225 acres; In order to power a city the size of NYC you’d need 57,000 acres; and who knows the astronomical amount of land you would need to power the entire US. All of which would have to be clear-cut land because trees create a barrier & turbulence that interferes with the 20mph sustained wind velocity necessary for the turbine to work properly (also keep in mind that not all states are suitable for such sustained winds). Boy, cutting down all those trees is gonna anger a lot of green-loving tree-huggers.
Let’s talk about disposal now. The lifespan of a modern, top quality, highly efficient wind turbine is 20 years.
After that, then what? What happens to those gigantic fiber composite blades? They cannot economically be reused, refurbished, reduced, repurposed, or recycled so guess what…? It’s off to special landfills they go.
And guess what else…? They’re already running out of these special landfill spaces for the blades that have already exceeded their usefulness. Seriously! Those blades are anywhere from 120 ft. to over 200 ft. long and there are 3 per turbine. And that’s with only 7% of the nation currently being supplied with wind energy. Just imagine if we had the other 93% of the nation on the wind grid… 20 years from now you’d have all those unusable blades with no place to put them… Then 20 years after that, and 20 years after that, and so on.
Golly gee, how green is that?
Oops, I almost forgot about the 500,000 birds that are killed each year from wind turbine blade collisions; most of which are endangered hawks, falcons, owls, geese, ducks, and eagles. Apparently smaller birds are more agile and able to dart and dodge out of the way of the spinning blades, whereas the larger soaring birds aren’t so lucky.
I’m sure the wildlife conservationist folks are just ecstatic about that.
I’m so glad the wind energy people are looking out for the world. Thank You John Kerry And this doesn’t take into account the need for each turbine to operate at 75% efficiency for a minimum of 60 years just to off-set the co2 emissions created in its manufacture; but hang on, each turbine only has a life expectancy of 20 years . . . oops!!! Now we should look at Solar panels . . . nah too much!!!

I was with them until they really started clutching at straws talking about birds being killed by the blades. These things can never keep measured and sensible, they always have to push it too far and cross the line. There are some serious concerns about the disposal of turbines when they reach the end of their life but there’s no need to state it with all the other hyped up nonsense when they could just present facts… but then I suppose it’s aim is to go viral on social media and social media doesn’t like facts but hysteria and reinforcing people’s own thoughts.

It’s a classic hysterial unthought through rant from someone who, for one reason or another, doesn’t like wind turbines &/or has a vested interest in damning them. A serious critique would give evidence for the claims made as well as balance; just how much energy & effort goes into building fossil fuel burning power plants? …& don’t even start me on the huge expense & energy required for building nuclear & the decommissioning thereof.
In a nutshell, it’s piece by someone who can’t cope with change & doesn’t understand why it’s necessary.

Oh, so everything isn’t perfect. Let’s just give up, like motor car pioneers did a hundred years ago

Vestas (and others) are now making the blades recyclable. 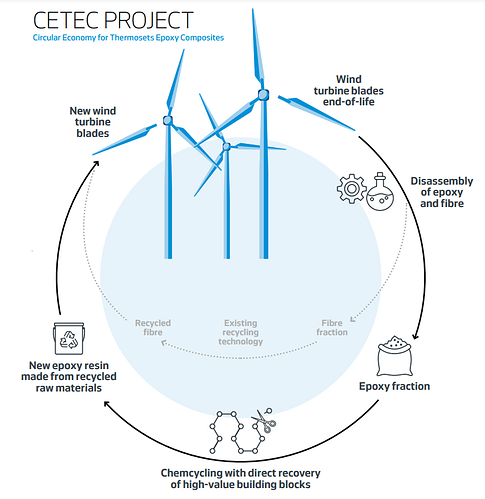 HS2 will use bits of retired blades to reinforce concrete sections 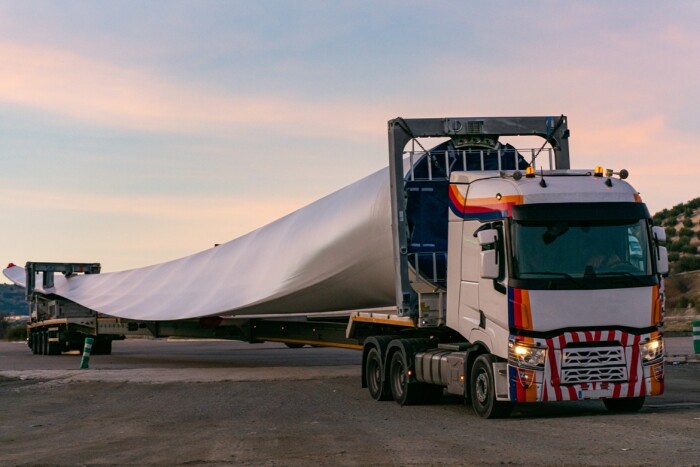 The Costain, Skanska, Strabag joint venture is to use worn-out wind turbine blades to reinforce concrete on HS2, in what is believed to be a world first. 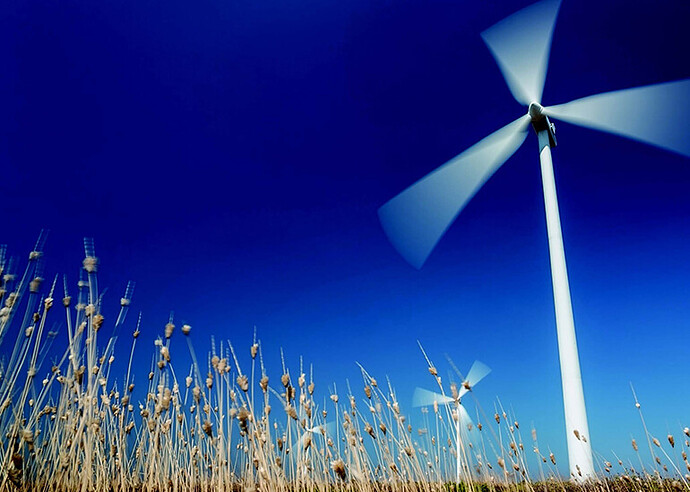 Written by Sushmita Dutta Project lead-energy at Kline Reprinted with permission of The Society of Tribologists and Lubrication Engineers Renewable sources of energy, which include wind power, have developed rapidly since the United...

Thank you all for those interesting and revealing facts. I will pass them on in due course, after seeing if any more info is forthcoming. Doesn’t sound like he is open to be convinced though, does it?

Sadly big powerful oil companies are flooding OZ with lies about anything that threatens their profits. They hate EV’s and are doing their best to discredit those as well, being rich and powerful they get away with for now.
Like Michael Moores utter BS film on green technology.

Can’t please everyone or sometimes anyone

I saw that. Utter click bait wasn’t it…I stopped following him right away.

I was with them until they really started clutching at straws talking about birds being killed by the blades.

I only lasted up to the ‘New York’ bit in the third sentence!
New York is one of the most wasteful cities on earth - up to a few years ago it was using more electricity than the whole of the continent of Africa. My immediate reaction was: this critique is upside down - it should be asking how to bring New York’s energy use down to a sustainable level, not how to sustain the current level of waste.

Any analysis that looks at one source of renewable energy without the necessary fundamental changes to energy use is not worth reading. Any realistic modelling or policy framework has to be based on multiple renewable sources and, moreover, the changes to our lifestyles and economies required to lower energy use.

My immediate reaction was: this critique is upside down - it should be asking how to bring New York’s energy use down to a sustainable level, not how to sustain the current level of waste.

And how to develop Africa (sustainably, of course).