Has anyone else enjoyed 'Carnage a trois' yet?

I know not everyone will appreciate it, but I’m really enjoying this episode, silly as it is.

I think that some people don’t realise that the presenters deliberately play the role of incompetent ignoramuses - they are, after all, actors.
I liked the american cars in Scotland episode & wondered whether to advise the person I bought the Buick from to watch it but then thought that he might not see the irony.
Nothing better than Brits playing the role of idiots pretending to be experts getting things wrong while thinking that they are getting it right.
Lovely & in fact very clever. You can tell those who miss the point because they find Clarkson’s on-screen persona annoying.
Clarkson’s Farm was enjoyable but quite an eye-opener about how difficult it is to make farming work.

I was intrigued, so took a look at the trailer… 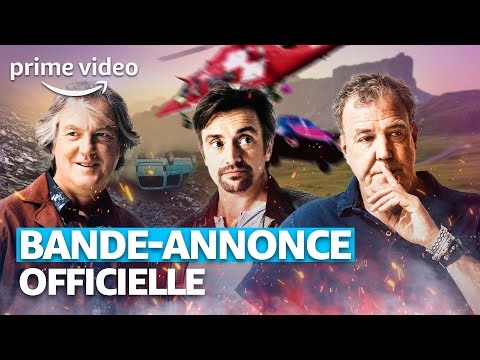 and found an interesting article… 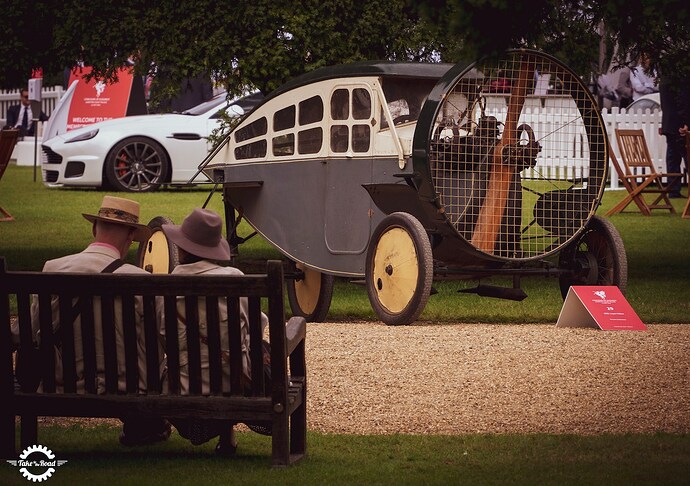 You can tell those who miss the point because they find Clarkson’s on-screen persona annoying.

No, I think it is quite possible to know it is all an act and *still* find Clarkson’s on screen persona annoying.

Have you watched his farming programme?

You can tell those who miss the point because they find Clarkson’s on-screen persona annoying.

No, I think it is quite possible to know it is all an act and still find Clarkson’s on screen persona annoying.

I could imagine that, in person, Clarkson is great company. It’s just the “overgrown schoolboy” presentation that grates, but I find most UK tv childish and crass - and the stuff from the US is even worse.

I think French tv is going that way too, but more slowly because of the need to include educative and patrimonial (if that’s the right word) material into almost everything except drama.

I might watch Carnage, though. Heck, I watch Affaire Conclue, I have no right to sneer

I find Ricky Gervais like that, although David Brent appears to draw directly from his own personality.

On screen the 3 balance well, but I suspect JC could be a bit too much on his own socially, even allowing for the acting.

It was slightly sad, but seeing them driving 2 types of car that I’ve owned previously, I actually found myself defending them to the screen. It was good to see the CX didn’t get destroyed, and the 2CV that was dropped was a rust bucket and not the lovely example they discussed.

I have a lot of affection for French cars, though not anything Renault produced in the last 30 years.

Hum Mark.
Could you also be describing the persona of the current Prime Minister?

Do you remember Antoine de Caunes doing similar voiceovers/thoughts speculations in that French parody skit-type program that used to be on in the UK?

Do you remember Antoine de Caunes doing similar voiceovers/thoughts speculations in that French parody skit-type program that used to be on in the UK?

Have you watched his farming programme?

I haven’t, except for short excerpts but my wife and son did and he comes across totally differently - in a way that suggests the experience was somewhat transformational for him.

I could imagine that, in person, Clarkson is great company.

He has a reputation as something of a bully.

Agreed but it seems to work for them - and they have much more on screen chemistry than the replacement set of TG presenters.

I watched “Carnage”, it was OK - not their best and, I suspect, somewhat spoiled by the apparent need to take the piss out of the French. Certainly the cars they presented were pretty, shall we say, idiosyncratic but I’m sure all nations have produced “odd” cars from time to time (and the UK car industry of the 60’s and 70’s was nothing to brag about either).

Eurotrash, I think. It was cringingly funny and some of it got very close to the censors at the time I suspect

I saw him necking with a lady not his wife in a car outside a restaurant in Kensington one day on my way back home from lunch at Sally Clarke’s restaurant.

He has a reputation as something of a bully.

I actually quite like Clarkson’s writings and performances, and GT, but it does feel rather like in all this ‘he’s playing a character and is probably a good bloke’ talk (which may well be true) people are forgetting that this is a man dismissed from his very important job at the BBC (very important in that TG was/is an anchor show that makes a lot of money globally) for verbally and physically assaulting a coworker because instead of steak he was offered soup and a cold meat platter for his evening meal. The shouting was so loud that guests in the hotel bedrooms could hear it floors up, and it ended when it did with only very minor physical injuries to the producer because other colleagues intervened. I’m not sure any of us have assaulted our colleagues over dinner options…

I’ve certainly been in the position of being cold and wet and the only thing keeping me going was the thought of a hot meal at the end of the day so I can empathise with the depth of disappointment he might have felt at only being offered a sandwich - but it did not excuse his behaviour. There are other examples as well.