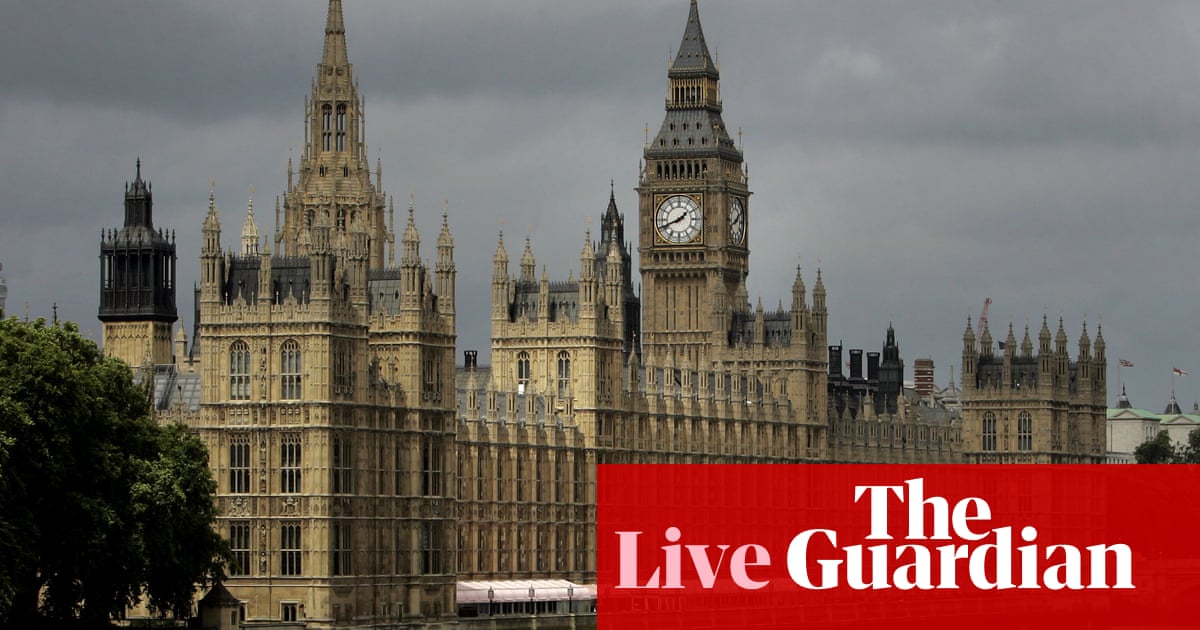 Rolling coverage of all the day’s political developments as they happen, including the high court ruling on whether parliament should get a vote on triggering article 50

If the government loses its appeal, will the commons have the balls to derail Brexit…unlikely…

will the commons have the balls to derail Brexit

I bet there are a few broken plates in the Downing Street kitchen this lunchtime…
but the plain fact is that prominent ‘remainer’ MPs (Kinnock Jnr and Benn Jnr) are already saying that if TM called a vote this afternoon they would vote for triggering Art 50 “because the people have spoken”.

Only proves one thing… never trust a politician.

The Brexiteers wanted our Parliament to be sovereign and now they don’t?
Parliament is not just the House of Commons, it is also the Lords.
I understood that the Referendum was ‘advisory’ and so the full Parliament should have its say and debate whether or not what was said during the Referendum was actually true or not, or were the British people being lied to by such as Michael Gove who said that we would be flooded with Turks and the battle bus with its false slogan about £300 million pounds for the NHS if we left the EU.
Both Scotland and Northern Ireland voted Remain and if there were to be a hard Brexit it would bring up extremely important constitutional matters.
All those who voted through their rose tinted glasses will have the chance to hear what each type of Brexit would really mean, and I can’t see that this can happen without a General election.

and I can’t see that this can happen without a General election.

I fear a GE would prove nothing. It would likely only deliver TM a bigger majority given the disarray of the other parties.

Well I won’t be voting for the Conservatives again, even though our Cotswold town voted Remain!
The MP, who is strongly Remain, is following the ‘Party’ Line.

Me neither Jane - and that from one who - in a former life - was a Constituency Conservative Party Vice Chairman!

Interesting to see what the pound has done in the light of that announcement!

We have just been talking to friends in Oxfordshire and they have been sent a letter from their localConservative Party Chairman asking if they would be available to stuff envelopes and do door to door canvassing. Perhaps he knows something we don’t, only suspect.
The extreme right wing of the Tory party has been wagging the tail of the dog for far too long.

The recent outbursts by the extreme right wing press and Brexiteer Ministers against the recent ruling by the High Court shows that they will do anything to “win”. Telling lies during their campaign and castigating the Rule of Law in the UK shows them up in their true light.
These are dangerous people and the UK population should be aware of that.
However, whether they will bother is yet another issue.
Hilary Benn has just given a very measured interview on the Today programme. Would that he had stood for the Leadership of the Labour Party, poisoned chalice though it may be.

The Supreme Court must overturn the Article 50 ruling. Otherwise, we face a...

In its ruling that the Government must seek the approval of Parliament before beginning the process of taking Britain out of the EU, the High Court states that “this is a justiciable question which it is for the courts to decide”.

Personally I believe that the closing paragraph sums up just how balanced that article is. Politics is not above the law!

Is there any sausage wrapper truly independent these days? The Torygraph less so than many others…

An article from the Telegraph saying that the Divisional Court ruling must be overturn is a media/political statement and not an analysis of the Judges decision.

The detail of the decision shows just how difficult it will be for the Government to succeed in overturning the ruling.

Don’t worry Brexit will happen and the biggest losers are the Germans and that’s why their advisers have told Merkel to keep Britain in at all costs. We would be so much better out that people would never believe we joined in the first place.
We will ask the EU to pay Britain 13 billion pounds for access to the UK market and we will have have to pay a smaller tariff to supply, but no charges for being in the the EU. Suits me.
This is the sort of deal we will have, OK we have a hiccup with the courts but that will be sorted. They say the only idea we have is Brexit Means Brexit. Don’t believe that Theresa May knows exactly what is required, she has a very sharp brain. The EU leaders are still in the 1950’s please somebody remind them we’re in the 21st century. Are we taken for idiots. The remain camp gave over sovereignty to the EU and now they want Britain to be sovereign, that’s great, let’s be sovereign and make some money from all the free markets and get out of dying Europe.

How are the Germans going to lose out so much?

What if they say “Nein danke, das wollen wir nicht”?

It’s up to the EU to pay, the Germans will pay a lot less. If the EU says no it’s not a problem, we just walk away. No cars no trade, EU will soon rush back as the whole EU would come crashing down along with the German banks.

Do you really believe that Germany needs the British marketplace. British customers want the quality goods that Germany produces. It’s that demand that will have Britain begging Germany to offer a good trade deal not the other way around. Germany has a solid manufacturing base, a good skill set and an excellent education system for those who want to work in industry. Britain does not. Britain has relied on the financial markets to balance its books as it cannot compete with other countries on manufacturing terms, has an economy that relies on imported food, raw materials and power and when the money markets move to Frankfurt…
What’s the weather like in Dreamland?

David please tell me what the weather is like in dreamland I’m busting to know. Yes the British will still want Mercedes and BMW cars and will be willing to pay the tariffs. So what’s the problem. Keep dreaming laddie.