This trip would put me off, nowadays though… 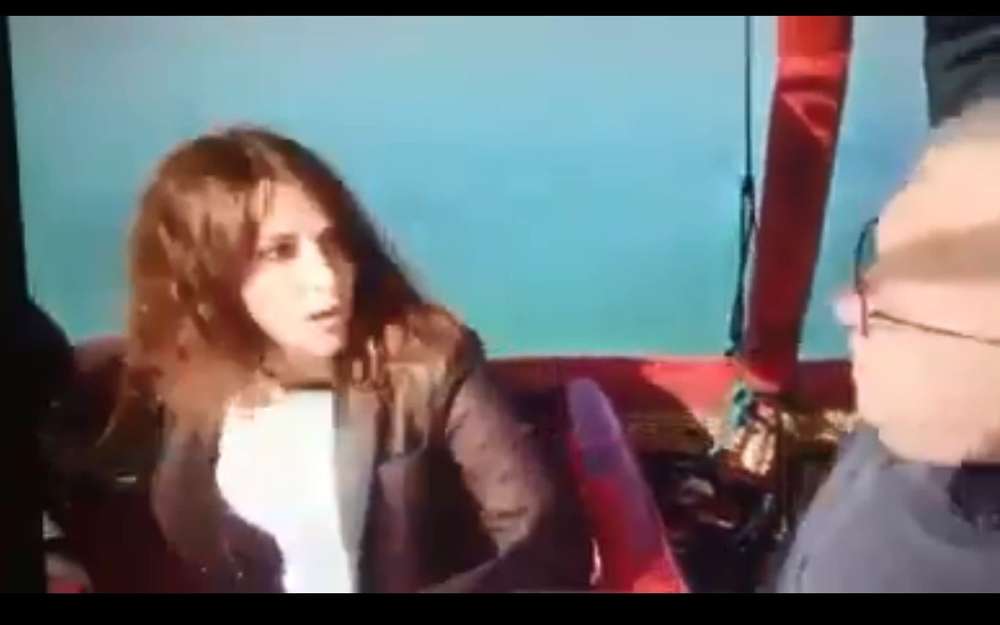 OH is in full agreement with you, Peter. He refused, point-blank.

Daughter wanted to do the trip and persuaded me to go with her… not my choice of travel, but the views were magnificent and it was well worth the anxiety I suffered at take-off/landing…

I was all for a trip in a hot air balloon, after witnessing the explosion of the propane cylinders and the resulting ball of flame and then the plummeting to their deaths of 6 people, i decided against it. The cause was a trailing rope catching in a high tension powerline shorting out with the reultant current running up the rope and igniting the gas bottles. I will stick to flying my aeroplane. Much safer imo.

I bought a hot air balloon ride for Lynda a few years back - a surprise birthday pressie. Having spent my much of my working life flying the friendly skies I never gave it a second thought - that was until we took off !!! I hated it - I just felt I was going to plummet through the basket - no idea why, it’s just how I felt - weird experience. Lynda loved it which was the whole point anyway

After the obligatory crash landing (pictured) - the champagne definitely helped but I’ll never fly without an engine again! 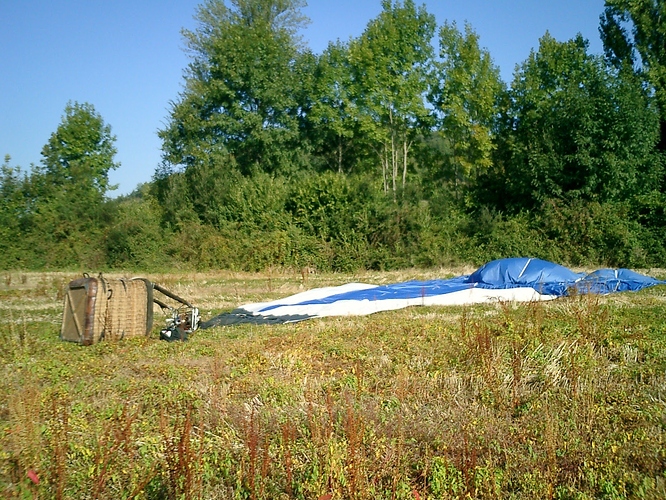 Do you have a link? Because, electrically, that makes no sense whatsoever - think why don’t birds standing on a power line get electrocuted despite 10’s or 100’s of thousands of volts tickling their toes - the answer is that there’s nowhere for the current to flow so they are perfectly safe and, on the face of it, a trailing rope from a balloon should fall into the same category.

Edit: There are videos online where the whole basket and/or canopy hits the power line shorting phases which certainly would present a fire and/or shock hazard but I remain a bit sceptical if the situation were just that a single trailing rope hit one phase. 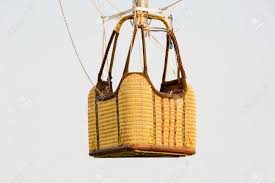 I used to work for a company which made the baskets. We would make about two per week depending on the size and capacity.
We made for two companies, one funded by Richard Branson and the other owned by the renowned Per Lindstrand which I believe sold out to that company after I left the scene.
I personally wouldn’t go up in one despite loads of invitations probably because i’ve seen how they are put together !

Paul, i saw the accident unfold. , i was only approx 1 km away and the trailing rope caught the HT lines , there was a flash and then a bang and the envelope whent up in flames, All your electrikery theory didnt quite work out that day. I lost my first wife in that accident and had to tell 2 kids their mother wasnt coming home. So please dont lecture or even try to lecture me on Ohm’s law.

All your electrikery theory didnt quite work out that day. I lost my first wife in that accident and had to tell 2 kids their mother wasnt coming home. So please dont lecture or even try to lecture me on Ohm’s law.

Oh my, whatever the mechanism that must have been a truly terrible day for you - I am very sorry for your loss, even if a while ago it must be a very painful memory.

Correction, there are indeed pathways for current t flow.

The Stroud Valley was a popular ballooning venue and we would often hear the burners and think that they were not going to make it and land on the road.

“The Stroud Valley was a popular ballooning venue”

I used to drive from Cirencester over the common to work in Stonehouse and loved seeing balloons rising from the valley in the mornings.

The “once in a lifetime” family holiday… 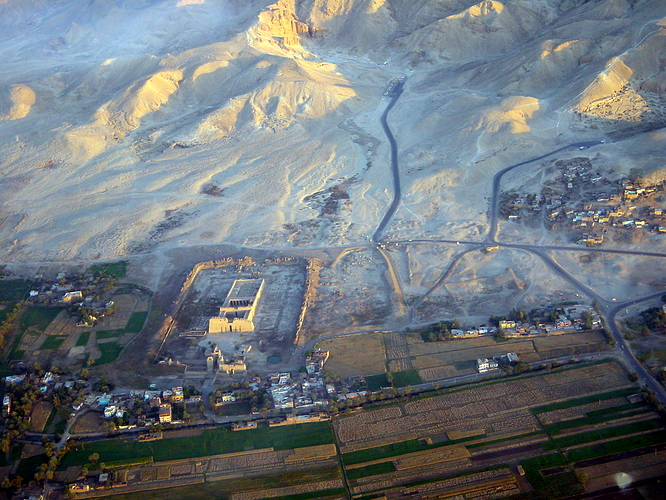 Did you teach at Wycliffe?

It changed it’s ethos and became a school for the children of the Russian and Chinese rich.