I have just found out that my MP has no legal requirement to represent me- Did you know this?

My MP is on maternity leave and her ‘Senior Parliamentary Assistant’ seems to construe anything critical of the Tory Government as abuse.
I contacted my old MP and he tells me that I am not alone being threatened that my e-mails could be seen as abusive . She writes 'Please be reminded that any emails that are construed as abusive, could lead to use being unable to respond to future emails as per our abuse policy.
So it seems that all constituents that want to say anything critical of the government are being vetted by this person.
I contacted the House of Commons Enquiry Service to see if there was anything they could do to help and they told me that my MP is not legally obliged to represent me at all. If I am not satisfied I can vote her out at the next election.
I have been advised to contact my Tory Constituency Association, or as my ex MP has said, go the Press.
Rotten Boroughs are alive and well and should I detect the hand of a certain D Cummings behind this?

If I am not satisfied I can vote her out at the next election.

Until you discover that you live in a safe seat with no chance of getting rid of the incumbent.

I think I did. After all if you live in an area with an MP that is not of your political persuasion you are not represented at all.

And even in free votes, where not tied to party whip, it is entirely up to them whether they vote according to majority view of constituents or not.

The correct response here (I’m afraid) is “of course it is - we send representatives to parliament, not delegates”.

Absolutely, I am not talking about how they vote, I am asking for my views to be represented to those making the decisions so that they can be heard and, possibly, be taken into consideration.
My concern was with the Trade Talks and how, if they went down the pan, it would affect the pound and the exchange rate and our annual income.
Not only ours, but all of you as well.
Apparently that is being abusive!

Absolutely, I am not talking about how they vote, I am asking for my views to be represented to those making the decisions so that they can be heard and, possibly, be taken into consideration.

In which case, frankly, you want a different political system as ours is actually never going to do that in its present form, unless your views happen to coincide with those of the government.

Adversarial, first past the post politics are not fit for the 21st century.

But no party in power is going to give them up - at least in the foreseeable future.

What exactly are you trying to achieve Jane?

I just want them to listen!
I always got a considered reply from my previous MP.

I really meant what do you want an MP in the UK to do for a French resident who left their mother country years ago.

I really meant what do you want an MP in the UK to do for a French resident who left their mother country years ago.

I am also a bit confused, I thought you lived here full time Jane? So I dont’ understand how they are ‘your’ MP? Sorry if I’m missing something!

Thatis very much the case. For those of us who are UK citizens but disenfranchised by the 15 year rule that is what we have to put up with,

If only the Labour party hadn’t idealogically opposed the rights of UK citizens living overseas we wouldn’t be in quite the same place.

Even then MPs ignoring their constituents in favour of protecting their jobs wouldn’t have changed.

I contacted the House of Commons Enquiry Service to see if there was anything they could do to help and they told me that my MP is not legally obliged to represent me at all.

Quite so.
See this
They are not delegates and there is no legal relationship between a constituent and an MP in any respect. They are not even under an obligation (apart from perhaps moral) to their sponsoring party.
So basically, you are pissing into the wind expecting them to do anything for you whether you continue to live in the constituency or live abroad and have a right to vote extended to no more than 15 years.

Here’s some insight into the state of UK democracy… 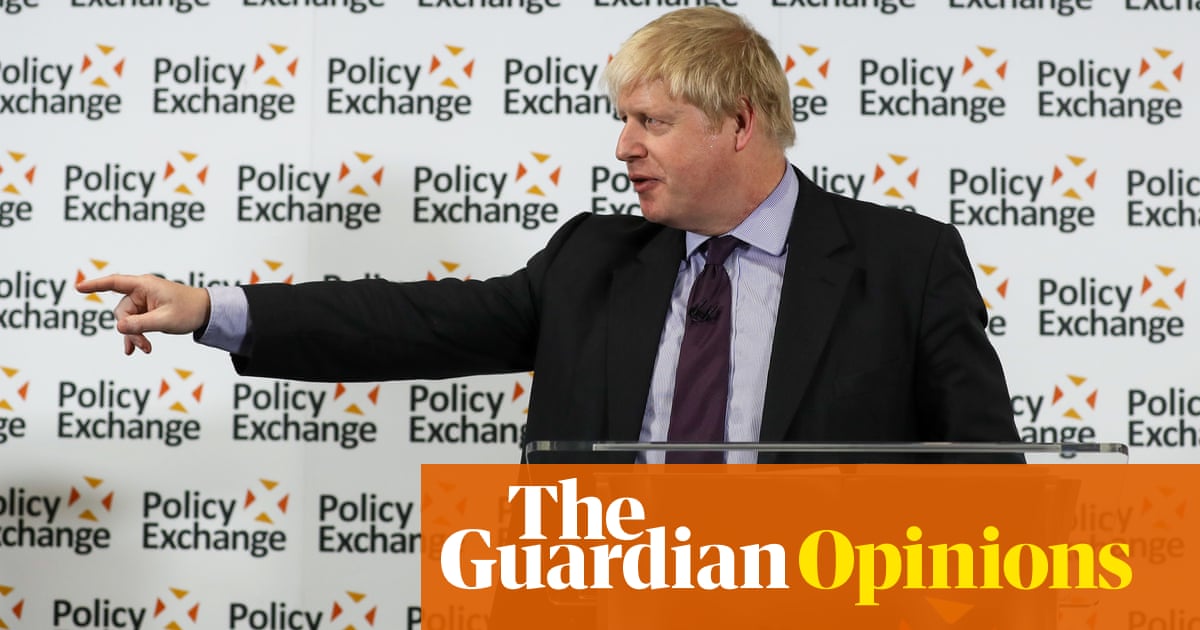 No 10 and the secretly funded lobby groups intent on undermining democracy |...

Thinktanks such as Policy Exchange are working to shift power away from state institutions – into the prime minister’s office, says Guardian columnist George Monbiot

Personally, I decided not to vote in the UK after I’d emigrated, and have not done so - with one exception - the brexit referendum, for obvious reasons.

If we have pensions earned and paid in the UK then we should have access to some form of representation or at least advice.

Some years ago, while we still had the vote, we had a serious question about how my wife’s pension lagged behind what it should have been. I wrote to everyone I could think of including Mr. A. Blair himself. Got nowhere and then wrote to the Labour MP of our old constituency, Nick Palmer.

He got on the case and very soon we had a personal letter from the head of the pension service who put one single person onto the case where previously we had been shunted from one to another. Eventually our case was won and we received back pension plus interest for the several years affected.

Next time we voted for the man who had truly represented us but sadly 2 elections later he lost out to Anna Soubry. I wrote to her on a matter of shared interest regarding Brexit. All I got was a reply from an assistant saying she wasn’t allowed to even talk to a non-constituent. Rubbish from rubbish.

Surely an MP is only elected to serve his or her current constituents and not someone who left the constituency 20 years ago?

Even if you lose your voting rights, they remain your MP, for all the good it might do you.

This is my problem. These assistants who make decisions on behalf of the MP .
Anyone who has their financial interests, pensions, investments governed by UK law, should have the right to be represented concerning decisions which affect their financial status. People who do not understand that, never mind that we live here full time, are behaving like ostriches.
You are a still a constituent of your last constituency and I can’t believe that Anna Soubry would not have been interested.
I have seen her constituency letters, which were amazing. She really cared.
I am noticing the extreme difference between my last MP, who always gave me a considered reply and I have even seen him sitting in the House when I sent an e-mail and then beginning to write and I got my reply straight away.
I was listening to the interview with Andy Burnham, Mayor of Greater Manchester,on the Today programme, who was saying that the Mayors of Boroughs affected by the lock-down have written to the relevant Departments and have not received any reply whatsoever.
Cummings is behind all of this, I am convinced. It is a ploy to keep us quiet, especially seeing that their poll ratings have taken such a hike south.
I can’t see the people in the previous red wall putting up with this, especially as they are there on the ground to doorstep their MP, which we can’t do.
I have put in an e-mail request to speak with someone with some clout in the Gloucestershire Conservative Association, which what I was advised to do by the House of Commons Enquiry Team.
I rang them up, but there is just an answerphone and no office hours listed on their website.
I really cannot see them bothering to ring back someone in France.
The difference between then and now is staggering.
I really cannot understand the mind set that decides not to vote when you have the right. Education also affects our grandchildren and so it goes on. You do not break all ties with the country of your birth even if you no longer live there and this is why you have an MP in your former constituency, even without voting rights.
I really think that there should be some form of campaign to make people realise that their MP has no legal right to represent them, as, like myself, it seems a total nonsense.

I agree with all you say Jane, British citizens should have the right to advice and representation wherever they live. What Anna Soubry said to me, via an assistant, was that ‘she was not allowed by law to speak to anyone who was not a constituent’.

I am sure this is complete nonsense as during my recent time in the LibDems, their MPs have been willing to speak to anyone. They even sponsored one candidate, in Cheltenham, tasked to not only represent Cheltenham, but also the disenfranchised citizens in France as well.

I really cannot understand the mind set that decides not to vote when you have the right. Education also affects our grandchildren and so it goes on. You do not break all ties with the country of your birth even if you no longer live there and this is why you have an MP in your former constituency, even without voting rights.

Again, totally agree. From the age of 21, when I first got the vote, wherever I have been in the world I have always made strenuous efforts to vote. Ironically, the Brexit referendum was the first time in almost 53 years that I was denied my democratic rights, merely on a postcode discrimination. And when it was most needed.

This is the problem, these assistants who deny you access to your MP, even when you have the right to speak to them.
They are probably are not aware that non-voting constituents even exist and are you denying access on your present address.