If you ever get to heaven... Our first feature film

Joe and I have just finished re-editing If you ever get to heaven, our first feature film with our French based independent film company 43 Pictures... and we're very excited! 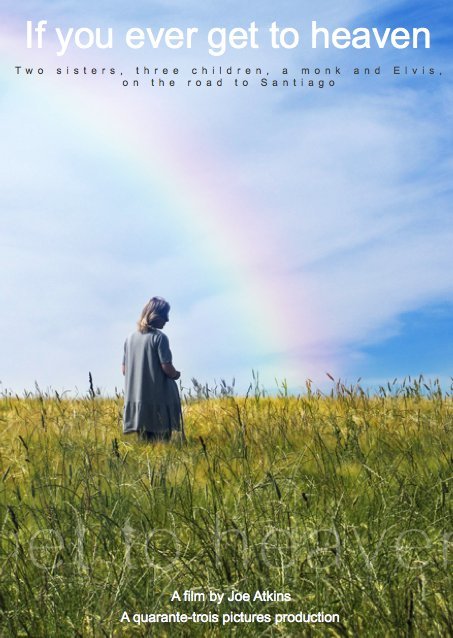 If you ever get to heaven is a feel-good family road movie. Beautifully shot on location in France and Spain by cinematographer Kyle Heslop, with a quirky and original screenplay by screenwriter Claire Jephcott.

The film follows the fortunes and misfortunes of Jen Belstaff and her family as they find themselves travelling along the Chemin de St-Jacques - the old medieval pilgrim route from Le Puy en Velay to Santiago de Compostela in Spain... in a VW campervan. 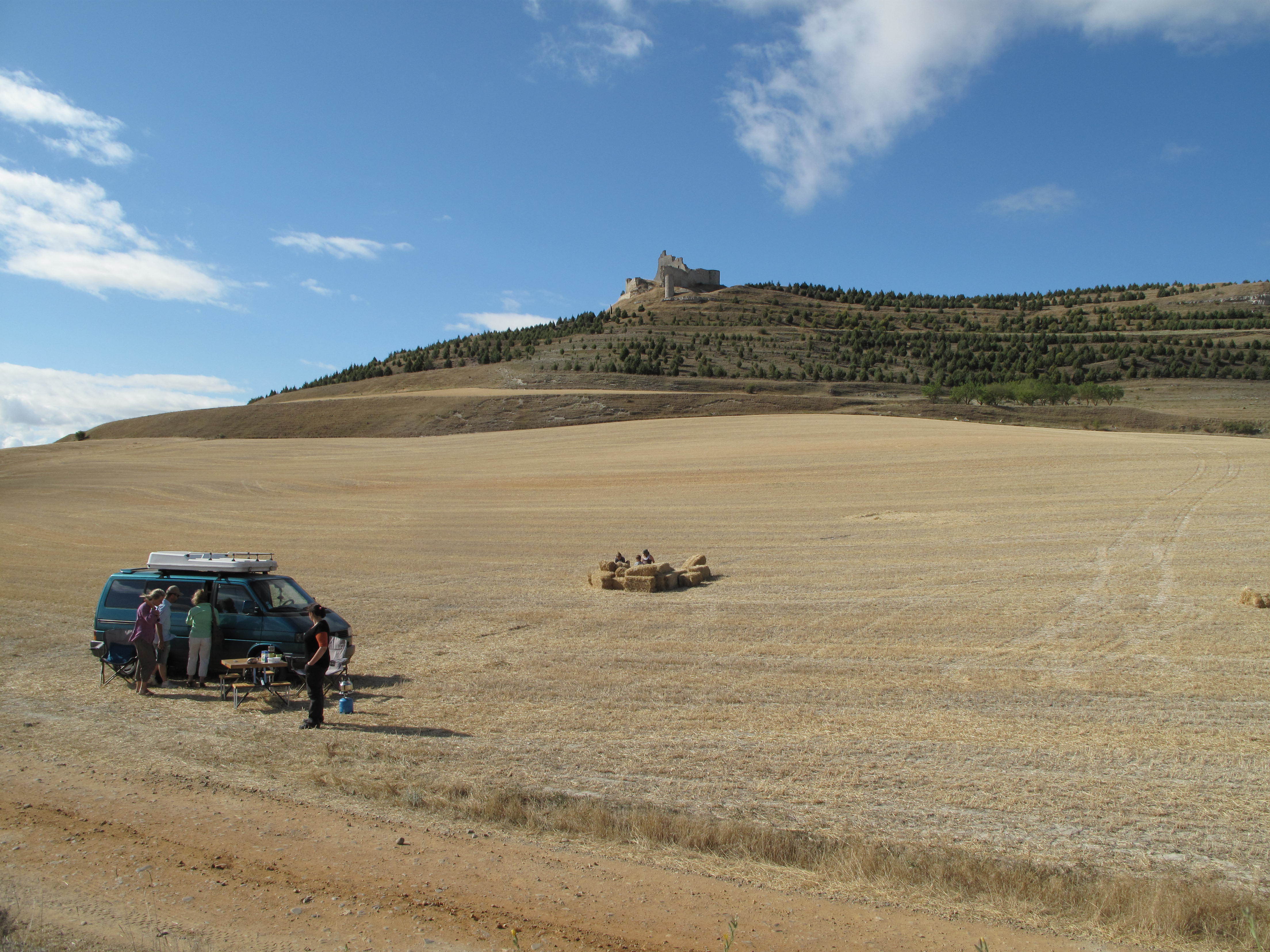 Joe and I and our four children, Luke, Harry, Beth and Arthur sold up and left the UK in July 2007 and travelled Europe for a year and a half in an old schoolbus we converted ourselves. After the most wonderful adventures, a series of chance encounters led us to settle in the small mountain town of Tence in Dept 43. With the children all happily installed in école/college/lycee, Joe and I decided that it was time to realize another long-held dream and make a movie… and so we set up 43 Pictures in 2009 under the umbrella of Joe’s newly formed E.U.R.L 43 Media. As with the bus renovations and our travels, the whole family were involved in the making of If you ever get to heaven from the moment we offered it up to the children on a snowy walk in Dec.2008; through the pre-production and the shoot in 2009; the post-production and screenings in 2010; to the imminent distribution launch - they have been deeply involved at every step of the way.

Joe directed and edited it.

...and play the lead, Jen Belstaff. (My stage name is Amanda Garwood)

Luke, our eldest son, composed, arranged and played the final song in the film (If you ever get to heaven ends with a great finale concert!); and worked as a camera assistant on the shoot. 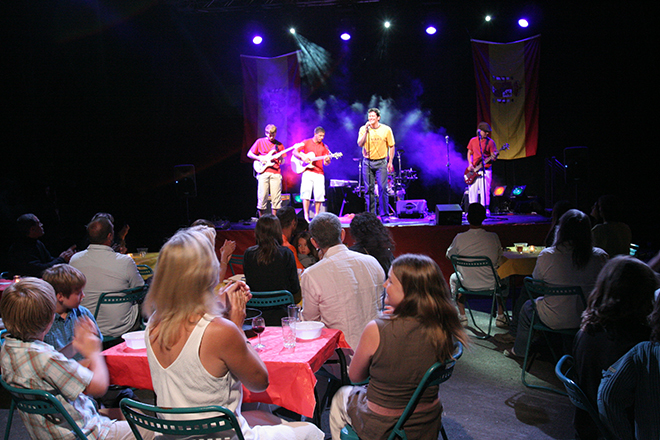 Harry, at only 14 at the time of the shoot, was the sound recordist and created the 43 pictures website and the If you ever get to heaven website… oh and played drums in the final concert!

Beth, 11 at the time of the shoot, plays Lucy Belstaff, my daughter in the film. She also helped with costumes during pre-production. She was a rock of discipline and organisation. 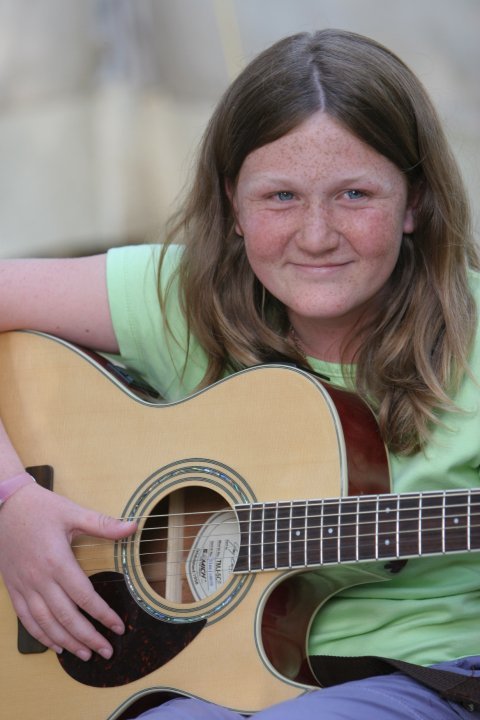 Arthur, our youngest, plays Jake Belstaff, my son. It was his first acting role of any kind, and he took to it like a duck to water.

Claire who wrote the script is also an actress, (Claire Parker) and she plays my sister Katie. Her son Rudi plays my son Wills Belstaff in the film.

The rest of the cast and crew were gathered from a pool of hugely talented friends, who worked for expenses only on deferred payment contracts.

It was the hardest most of us had ever worked, and the most rewarding six weeks of my life! For the children it really was “heaven” - a summer of action, friends, travel and adventure.

For Joe and I we had our backs against the wall - it was a monumental undertaking with unforeseen problems presenting themselves daily (of course!- we were making a feature film on a shoestring and on the road!) -

but to wake up every morning knowing I was going to be on set all day playing this fantastically strong woman... and spend the whole day with my husband, my children and surrounded by talented friends who had chosen to join us on this great adventure... well really - you could ask for more? 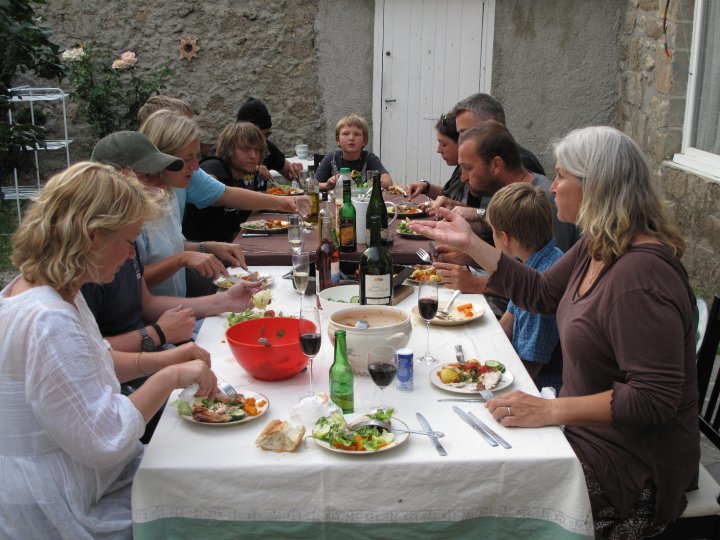 We finished post production on our first cut in May 2010, and had our two UK screenings in July. After our Windsor Cast and Crew Screening, at the Firestation Arts Centre, Joe was interviewed by the wonderful Beat Magazine - here’s the interview, it gives a really good account of Joe’s take on the whole experience:

After the screenings there were one or two small but significant changes we wanted to make. We teamed up with David Coburn, an American actor, singer, composer...artist (talk about versatile!) and good friend. He lives in Paris but has family connections in Tence. Together he and Joe re-worked the score, then Joe and I worked our way through the entire film, tweaking and trimming... and now we're done!

Next step is to find a distributor, and to that end we are applying to independent film festivals worldwide, and planning a London press preview - probably in October. We may try to synchronise a Paris screening at the same time to encourage media attention.

So if anyone has any media contacts, or info on Film Festivals near you, or French TV contacts or would like to get involved in any way... please get in touch. As we all know, and we are certainly discovering...personal contact is a powerful tool!

Thank you for reading this far - I realise this is a long old blog! Lots to say!

If you'd like to know more about us our life here in France and the film (in smaller chunks), here's a link to my regular blog.

That’s just wonderful, and I love how your family was so involved in the whole project! I’m afraid I don’t have any contacts to pass on, but wish you lots of luck finding the right people. Off to check out your blog…

Catharine, it was a little beach by a town called vilagarcia just west of Santiago - a really lovely spot when the weathers good but a formidable challenge when the Atlantic wants to rumble.

Just amazing - what an achievement and what a family! Do you recall where the picture of Harry was taken?