Everything is relative, would a couple with a gross monthly income of 4K and a net wealth of say a million be classed as comfortable, rich or average?

Could be - the article just popped up on a Google search & seemed roughly what Stella asked for.

1102 euros per month is about £250 higher than the sum officially stated by various charities and interest groups as the “level of decency” minimum salary in the UK.

Pre the very recent outbreak of inflation this was stated as just under £11k in the UK; the French figure of 1102 eur pm equates to approx £11,226 at current rates

. One of the most powerful bits of the Catholic Church….catholic mafia! The Sally Army is evangelical protestant, or maybe anglican - I forget which.

a protestant organisation per Wikipedia.

“We believe in diversity equity and inclusion for all… old white men. Some may be called Jacques, some may be called Didier, we are so inclusive we will even allow some called Laurent, and even wearers of a moustache. Assuming they’re old and white enough of course. Somehow it seems like two old white ladies sneaked in, but don’t worry, we won’t allow any more, and at least they’re old and white, and hopefully do what the old white men in their lives tell them.” 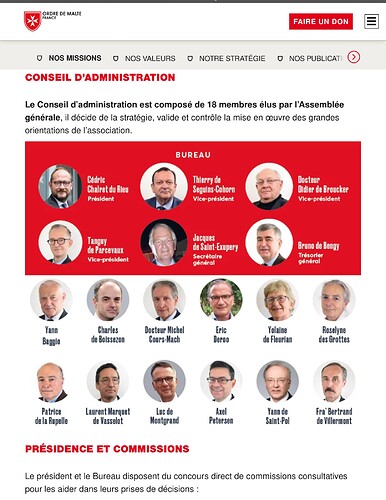 Their diversity policy is clear, we’ll have none of that, thank you very much

Thank you @kirsteastevenson and Others, for making me sufficiently interested to actually look-up and read about l’Ordre de Malte France.

Seems they do a lot of good work and are always looking for more volunteers and supporters. 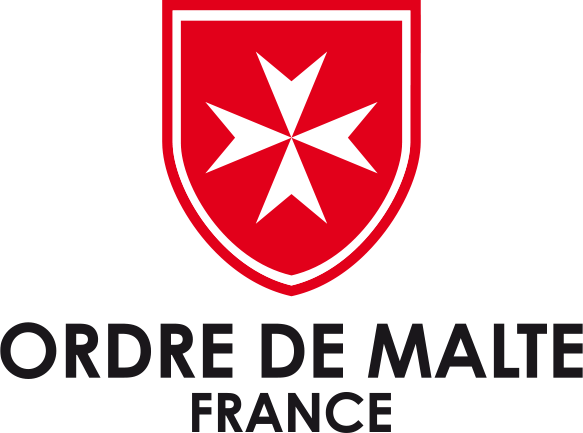 Surprised you don’t know about them Stella, as I thought well known in UK because of Order of St John, and St John’s Ambulance.

They are amazingly powerful, including having a seat at the UN!

Of course, I’ve heard the name vaguely over the years (though not that specific to France) but, for no particular reason, simply not delved deeper…
It’s a bit like discovering old TV programmes and wondering why one had never watched them all those years ago… ('cos something else clashed with the airing, presumably).

I saw what the MP said in its entirety in Parliament, and his words have been wilfully misinterpreted and spun by the media. What he actually did was describe what is on offer at the foodbank he works/volunteers with in his constituency. He said that they don’t just hand out the food but, on the principle of the saying “give a man a fish and you feed him for a day, but teach him how to fish and you feed him for life” they run cookery courses, in which they are able to produce low-budget but nutritious meals for around 30p per person. Strange how things can be twisted when one wants to make political points…

I’m not convinced the reporting is unfair - the suggestion was that the cookery and budgeting courses were compulsory - which is pretty insulting as most foodbank users, I am sure, will know how to budget and how to make good use of food. It is redolent of the attitude that Tories have towards those worse off than themselves - echoed by the comments of Rachel Maclean that the poor should simply get a better job (I might ask her who she thinks will do the jobs left behind and how they magically won’t be poor doing them).

As discussed above, yes you can cook for 30p a portion - doing so for every meal week in week out is deleterious to mental health to the extent that some faced with the prospect have taken, or attempted to take their own lives.

Anderson seems to be no stranger to controversy either.

Thick sh*ts. (I have covered the i so as not to offend).

they run cookery courses, in which they are able to produce low-budget but nutritious meals for around 30p per person. Strange how things can be twisted when one wants to make political points…

Fair enough… good to hear the other side of things…

I 'm grateful for your restraint

I think Coviditis must be getting to me… or it could be the 4th Jab I got this morning… but I actually said “blo_dy” today in front of some friends who were initially gobsmacked then roaring with laughter to find I’m human after all.

I’m shocked to the core that you could drive your Mother to such low depths… you naughty, naughty boy.

I think the MP misses a key point about the need for food banks, many people use them for the simple reason they cannot afford to buy food.