So next bit to battle with!
Why can’t, UK and NI in particular understand that as UK is now third country having decided to leave customs union and single market there has to be a border with controls!
Having one between NI and the Republic on the Island of Ireland is against GFA and would probably cause trouble. Having one in Irish Sea means NI has issues trading too and fro with mainland.
Home coming ckickens roost to…rearrange to get reality, one party is going to be unhappy when trying to square this circle

Ultimately I suspect it will be a) but just for NI as it reunites with the South.

Scottish independence - and possible EU membership - is a fascinating joker in this pack.
Although NI protestants identify as ‘British’, their geographic, cultural and family links are much more ‘Scottish’.

The problem for the Scots is that they would have to meet the membership requirements which might be less than straightforward as an independent nation. Doubtless the EU would want quite a lengthy application process for fiscal stability to be established.

Irish reunification has an easier path (at least theoretically) given that the South is already in the EU. Reunification just leads to the whole of Ireland being an EU member and could, indeed I think would be enacted as soon as the ink was dry on reunification.

I think this was the last poll I saw in the Sunday Times.

But I wonder if the issues for Scotland around EU membership would matter in this context?
Independence has to come first, and however lengthy or convoluted the path to Scotland’s EU membership would be (and I don’t think this is predictable*) the direction would be - indeed is clear from the start.
I’m therefore inclined to think that seeing this, and experiencing the actual break-up of the UK, will change at least some minds in NI on reunification (and it won’t take many).

I honestly don’t know which will go first - but I suspect that you are right - if one does the other will. Neither will have an easy journey.

I also agree the EU will be willing to bend the rules for Scotland.

I also agree the EU will be willing to bend the rules for Scotland.

So do I, but what if an independent Scotland was to first join the grouping of Norway etc. ? That might be an easier entry and would give them some sort of instant connection with the EU.

But why on earth did politicians not see this coming? It was obvious from the start that Brexit of a still united UK would require a border, somewhere, and if not between NI and Eire then it must be somewhere else, and between NI and GB was the only place.

Theresa May famously dismissed such a thing saying ‘no British PM could ever countenance such a thing’. Then along came the totally incompetent clown who either did not understand or did not read what he was triumphantly signing up to.

And now there is a danger of violence as the extreme wing of Unionism realises what has happened - the first step to re-unification.

It is not beyond the bounds of possibility that B. Johnson will go down in history as the man who brought about Scottish independence, Irish re-unification and the rebirth of Ulster para-militarism. A bit like Neville Chamberlain, forever a pariah, but with more justification. (If I had been a thinking being in the '30s, I would have applauded NC’s pragmatism rather than Churchill’s adventurism, a bit like condemning Chinese treatment of Uighurs without actually invading China today)

So do I, but what if an independent Scotland was to first join the grouping of Norway etc. ? That might be an easier entry and would give them some sort of instant connection with the EU.

Yes, come to think of it EFTA membership might be attractive to a newly-independent Scotland. Lots of shared interest & culture.

Agreed - I’d forgotten that too - but it is an obvious step, even if only as a step towards full EU membership.

Your point about Chamberlain is interesting David. There is a tendency to think that because somebody turns out to be right they knew what they were doing - whereas often, in fact, they are just lucky. Churchill had, after all, already been wrong about lots of things. Given my inclination to see war as almost always the worst option, I might well have backed Chamberlain.

Then again, what would have happened if the UK and France had not declared war following the Poland ultimatum? Up to that point German aggression and - I believe - policy - had been focused on countries/areas historically linked with Germany - as was Poland (some of which was actually in the proto-German state Prussia). Would there have been a ‘world’ war had Britain and France taken a different course? Or just German domination of a Lebensraum - a Germanic continental empire? And could Germany in fact have maintained control of such an empire anyway - when the UK and other empires were themselves already eroding? Would the policy (at that time) of more-or-less forced Jewish emigration have taken the turn to holocaust?

Ah yes, the ‘what ifs’. Perhaps left alone to conquer, however temporarily, eastwards, Hitler might not have felt the need of the ‘final solution’ if, there were plenty of countries available to receive his forcibly encouraged Jewish emigration.

He would of course, still have had Alsace on his wish list which the French would have resisted, but it is by no means certain that he would have wanted to occupy Britain.

In any case, if this thinking was wrong, there certainly would have been more time for Britain to better prepare. Intervening on others’ behalf is laudable but if it means possibly causing your own destruction, not good sense. Hence my mention of the Uighurs, but also of Tibet, Kashmir, Myanmar ??

BTW, how did you get your post Geof directed to me? I pressed the reply button next to it and initially it showed the arrow pointing to you, but as you can see, it didn’t come out like that.

David, if it is the post just above it doesn’t show, only if it is an earlier post that your reply is referring to. Also when you are typing in the reply box just the the top left there is an arrow icon and a name if you have replyed to someone, if you realised you want it to be a general ‘reply’ you can change it there by clicking on the arrow.

Thank you, let’s see if this works then. What puzzled me was that my reply to Geof did have the arrow and his name in it.

Normally I prefer to quote so there is no doubt as to whom I am referring but his reply was rather long and we were a little off topic so I didn’t.

No, it still didn’t work.

Sorry, got that the wrong way round.

It is not beyond the bounds of possibility that B. Johnson will go down in history as the man who brought about Scottish independence, Irish re-unification and the rebirth of Ulster para-militarism

Odds on are more that this will be his epitaph…doesn’t really matter as he would go back to the DT and make his England readers very happy that he had got rid if those high spending dependent Northerners who cost England so dear!! 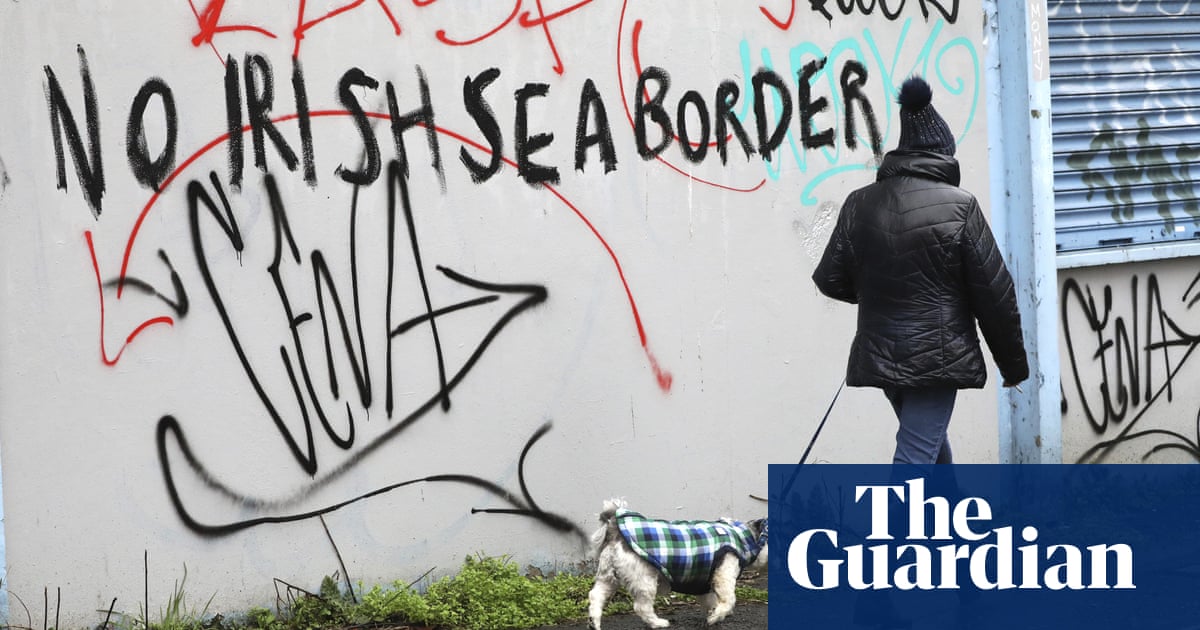 ‘Febrile’ atmosphere in region after supplies of goods from Britain disrupted