How do the tories value the work of these people who play Russian roulette with their own lives. Is this the way they are rewarded

The country is bankrupt. All the money has been given to Matt Hancock’s drinking buddies!

Go quickly and get it back

Conservative health minister Nadine Dorries said she was “pleasantly surprised” by the 1 per cent pay rise for NHSstaff in England which emerged from the Budget.
Asked on BBC Breakfast for her reaction to the news, Ms Dorries said: “I was actually surprised because I knew that we’d frozen public-sector pay, that no-one in the public sector was receiving a pay rise, so I was pleasantly surprised that we were making an offer.”

Poor government are strapped for cash though a lot of well connected folk are doing very well indeed. So how does this government and Johnson in particular retain his support?

There are nearly 300,000 nurses in the UK. The pay range is very broad… but average pay for a qualified nurse is around £30,000. I believe the nurses union are calling for a 12.5% pay rise. 1 percent may not be adequate reward… but life is going to be harder financially for many workers as the country tries to recover pandemic expenditure. What about the Police, Care workers, Shop assistants, public facing Transport workers et al? Where should the line be drawn?

And all the other front line workers ? What about them ? The shopworkers, the bus drivers,the careworkers, the Military, the Police. Where’s their reward. And while the nurses on ICU and HD units have really worked above and beyond - there have been areas of the NHS were they haven’t been under as much strain.

When did you last work in the NHS Sue? Perhaps before you start saying that it hasn’t all been under pressure you should actually try it
I will run this scenario by you, you are caring for blue patients, this means have had contact with positive patients but not that close and are asymptomatic. You wear a level of PPE to deal with them but not as much as a positive patient,after caring for them for a while you then get a phone call to say they are in fact positive , imagine that stress Try this one ,your department is one that C19 doesn’t particularly affect,but because other wards are dealing with C19 patients their patients come to your ward. Try having a good friend die. Try all that and then tell me only a small part of the NHS was affected

The important thing is that the UK government have realised that £22 billion is an insufficient investment for a non-functional track and trace system so are prepared to invest a further £15 billion.

Just think, they could have used the same sum to give (for example) a £10k per annum pay rise for every nurse in the NHS for 30 years…

should have given everything hospital worker €1000 tax free bonus then a normal pay increase…treat them all as equals a cleaner took as much risk as a surgeon, but a £1000 means a lot more to them… pay for it by cancelling HS2

pay for it by cancelling HS2

and sticking 2 fingers up to Boris’ burrow Scotland to NI 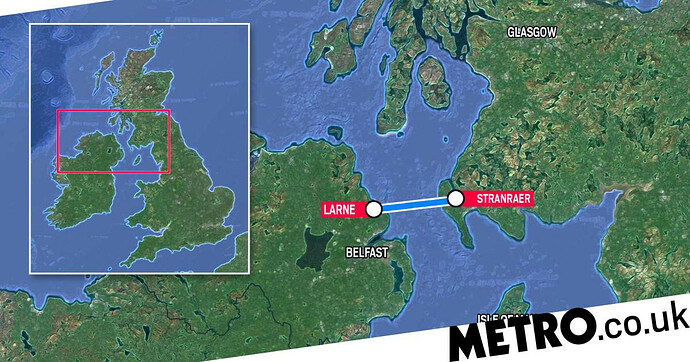 'Boris's Burrow' tunnel to Northern Ireland could be approved within weeks

The 25-mile tunnel would run from Stranraer in Scotland to Larne in Northern Ireland. 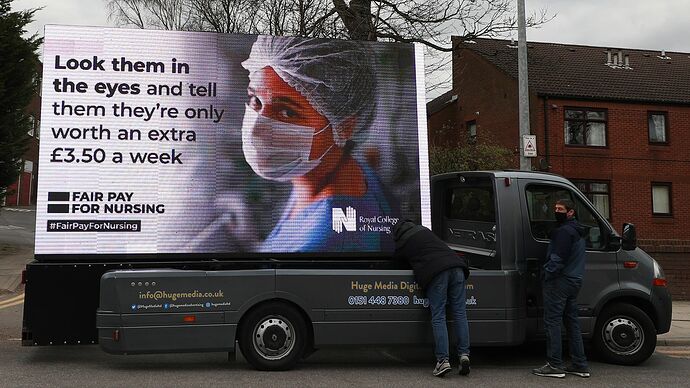 The deputy chief executive of NHS Providers says the pandemic has "strengthened the case for a larger pay rise for NHS staff".

b ut they can find the money for this vanity project… 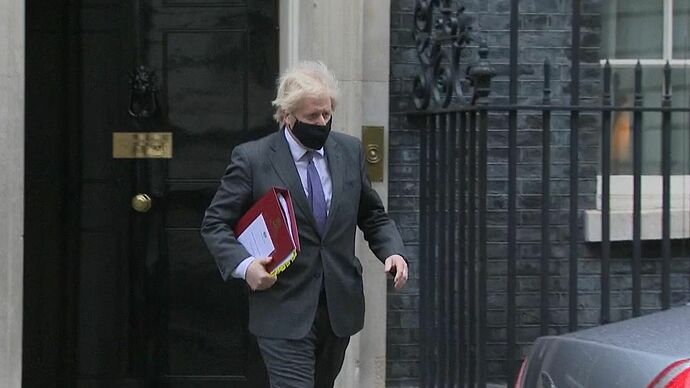 The PM's press secretary Allegra Stratton is due to front the Downing Street briefings when they begin.

<deity> only knows why - apart from the fact that Beaufort’s Dyke presents a natural obstacle pepped up by the fact that it is full of dumped munitions, and Gallway and the Rhins peninsula do not have good communications links to the UK there is the fact that it would be a similar scale project to the Channel Tunnel which was 30 years from conception to fruition and, much more important, it is not the lack of a road link which is the main problem with the Northern Ireland Protocol.

Typical Johnson grandiose but woolly thinking. File under “junk” along with “Garden Bridge” or “Bridge to France”.

File under “junk” along with “Garden Bridge” or “Bridge to France”.

and the Thames Estuary Airport which to be fair, at the time I was flying from London Southend Airport, I thought was a good idea.

For the first time I heard someone mention the war the other day, something I mentioned not long after this pandemic got underway in Europe.

I did a bit of googling half way through (last summer) and discovered that at that point it was estimated that roughly a quarter had been spent than on the cost of the war at the same point.

True or not I don’t know, but it took around 60 years to pay for that war and I didn’t notice it a bit. Why can’t a similar long view be taken? It isn’t necessary to claw back every cent in the life of one parliament, anymore than it is necessary to only buy houses for cash on the barrel.

Spread it out, pay people what they are really worth now, and don’t start any more wars. 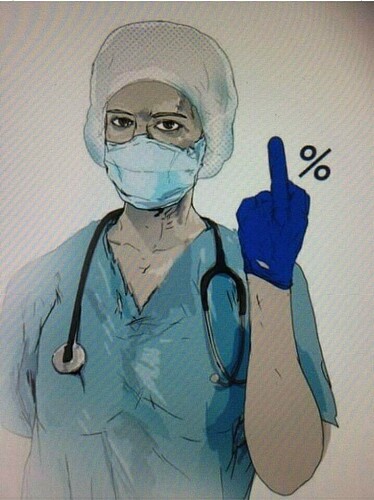 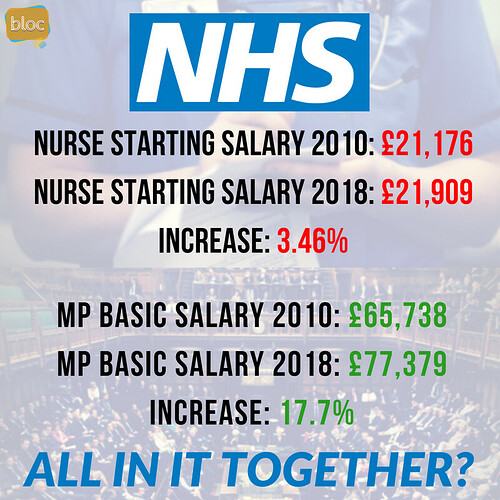 Just appalling. My sister in law actually had tears in her eyes when I showed her the Aussie nurses payscale compared to what she earns in Wales. 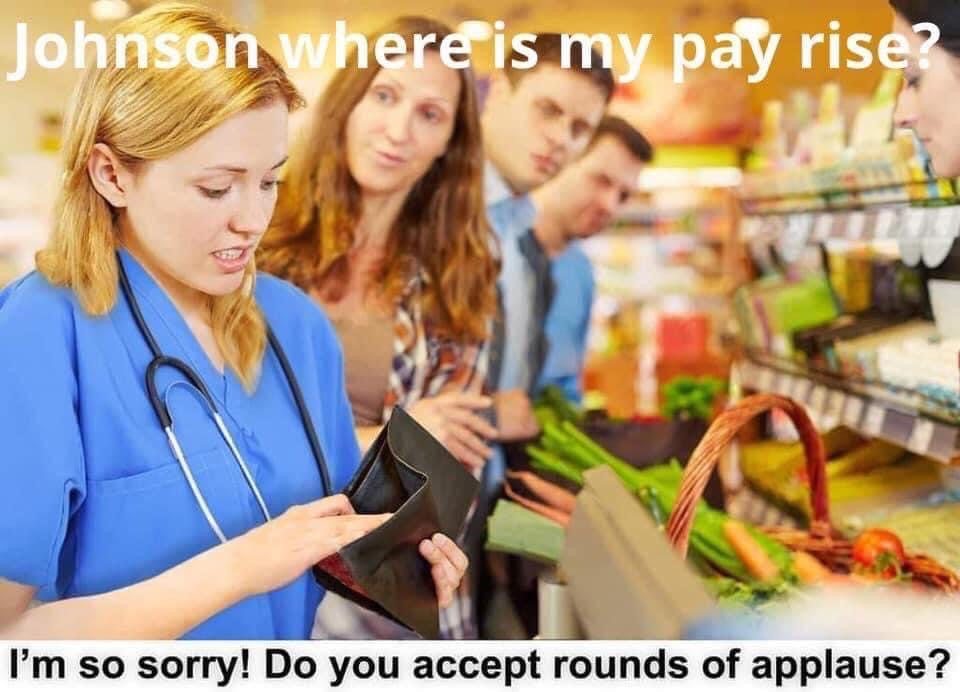