Is the Eiffel Tower an intimidating Phallic Image? 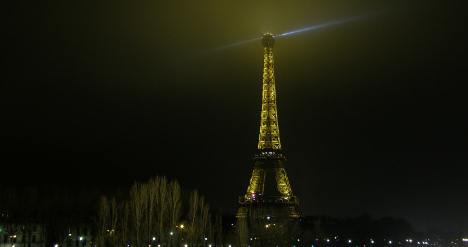 
Several feminist groups in France have united to launch a campaign to have the country’s iconic Eiffel Tower torn down, saying the 124-year-old monument was a 'phallic' symbol of France's outdated male-dominated culture. One feminist group called 'Tour pour Tous' wants it replaced by a Tour 'Eiffelle'.

Marianne Castor, leader of the campaign which has unified several feminist groups under one umbrella, told The Local on Monday that bringing the tower down to earth would set French women free.

“For too long we have lived under the shadow of this patriarchal monstrosity," she said. "Every day, women in this city are forced to glare up at the giant metal penis in the sky. It may be good for tourism but as long as it stands there, France will never have 'egalité'."

“Since 1889, women have been forced to gaze up at this example of French industrial machismo and colonial arrogance,” said Castor.

The movement led by Castor has been dubbed 'Occoupez Le Tour', a French play on words meaning both ‘Occupy’ and ‘Cut off’ the Tower.

A study last year estimated that the iconic structure is worth €434 billion to the French economy, the equivalent of 25 percent of the country’s GDP.

At a time when France's economy is spluttering to a halt, city authorities in Paris would no doubt be loathe to see it pulled down, but Occoupez Le Tour believe there is more at stake than just revenue for France.

“Climbed by millions of oblivious tourists every year, this phallic symbol has enchanted the world with its false romance,” the Occoupez le Tour movement said in an open letter addressed to Paris mayor Bertrand Delanöe and French Culture Minister Aurélie Filippetti.

“It is a delusional vision of Paris as the city of love, one which is directly responsible for the behaviour of men like Dominique Strauss Kahn”, added the statement.

The group have demanded a meeting with President François Hollande on the top level of the famous tower to explain their demands.

Although feminist groups all agree that the tower is an outdated symbol of male dominance, not all are calling for it to be torn down. A rival movement under the banner "Tour pour Tous" (Tower for all) are calling for major renovations to change the design of the tower to make it more female friendly.

'Tour pour Tous' have already drafted in architects to design a new tower which would see the base altered to become rounder and a cross bar built between level and and level three of the tower. (See photo below)

Reaction to the campaign has been swift. Speaking on RTL radio, National Front deputy Alain Bourge said “It’s an outrage. The Eiffel Tower is among the proudest achievements of the French race, and one of the greatest testaments to man’s ingenuity.”

The movement has also been greeted with ridicule in some quarters, and Socialist party deputy Franck Lomme assured his Twitter followers on Monday that the destruction of the tower was a non-starter.

“Absolutely impossible! Have they nothing better to do than think of ways to ruin my city," he tweeted.

Thierry Barmay from 'father's rights' advocacy group SOS Papa attacked the Occoupez movement on Sunday night. He told The Local "This is nonsense. If anything, 'The Iron Lady' [as the tower is known] should be renamed The Iron Man. What more can these feminists take from us?"

Speaking to TF1 television on Sunday night, ‘Occoupez le Tour’ spokeswoman Castor was not drawn on the practicalities of dismantling and removing the estimated 10,000 tonnes of wrought iron.

“The important thing is that this statue to oppression be severed from the body of France. We’ll probably leave the logistics and the engineering to the local authorities. It’s not really our forte,” added Castor.

I find domes on buildings, i.e. St Paul's, all a bit mammary if I come to think about it , maybe a reason to have another demolition?

Is this an attempt to make plonkers of us?

That's the trouble with Ithyphallophobia. ;-)

or is it date related?

Wouldn’t all high-rise buildings have to be demolished then too? That sounds expensive… How about, simply just stop viewing tall structures as dicks? Get your minds out of the gutter! (exclamation marks look phallic too ha).

This post was flagged by the community and is temporarily hidden.

Did you know that - while you can take your own photos if Eiffel’s famous tower during the day and distribute them howsoever you please - images of the tower lit up at night  are subject to copyright restrictions?

Maybe Madame Castor should have a conversation with the ultimate feminist, who was my landlady, Germaine Greer. She would put her on the straight and narrow.

Étant donné la prudence/la pruderie nouvelle is that not better rendered the straight and narrow ?

If they see any resemblance, these ladies are just showing their ignorance of the real thing. Or perhaps they flatter themselves!