Is the European Union a Country? Obviously not, but there is still a lot to learn from this short video 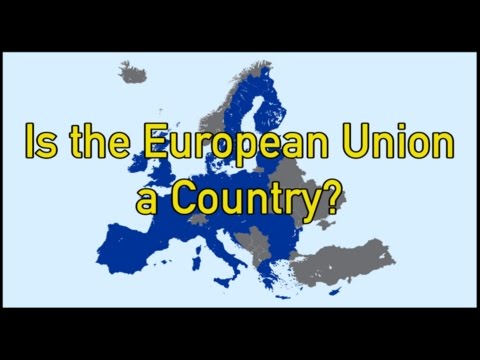 Is the European Union a Country?

Watch this video to find out more about the European Union and its countries.

The EU does have a parliament in Strasbourg, which is probably the most constituent element of any real democracy.

It does not habe an Executive, however, that role being played by the Commission in Berlaymont with an unelelected head (Junker at the moment). But the Commission cannot undertake any change or addition to EU law/reguations without the permission of the countries.

Which is why it takes forever to get anything done across the EU. The EU parliamfent does nott have sufficient authority, I think, to simply pass laws …

The ’ political unrest’ (Brexit, Trump, Hungary, Polen … ) reminds me of the situation after WWI.