Is this the most stupid person in cabinet? Nominate your own favourite

In a hotly contested field my vote is that Liz is the dimmest of the dim. She’s always been obsessed with the British cheese industry but now she’s promoting British car manufacturers, of which there are none, unless you count the handful of Aston Martins produced each year. 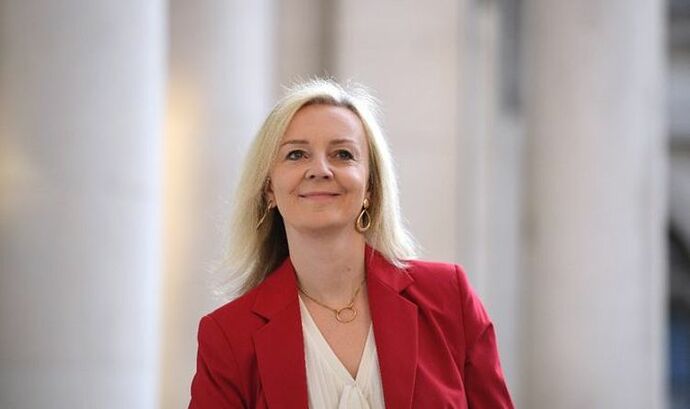 LIZ TRUSS has hailed the upcoming trade agreement with Australia, saying it will shape the next series of trade deals.

Shapps and Jenrick were also contenders, but that arse licking fireplace salesman for all seasons, Gavin Williamson, is probably the most deserving runner up. 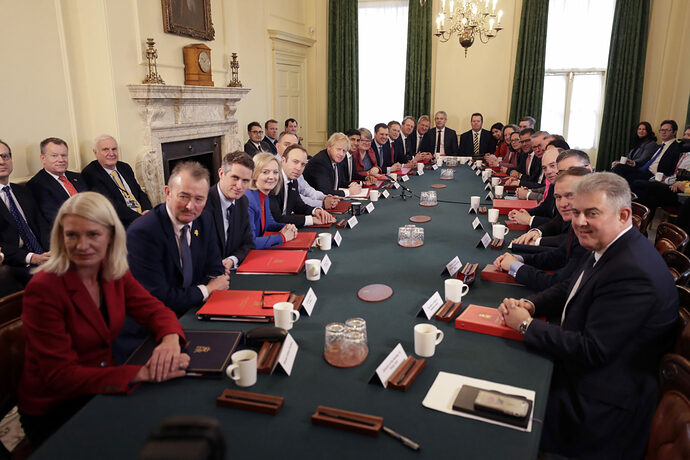 There’s a video doing the rounds currently from 2016 of her saying how it’s critical for the UK to remain in the single market. Will have to find it. They change their views to suit their political ambitions. Bunch of self-serving, narcissistic shitbags

Didn’t she also say that there would be no lowering of food standards from imports post Brexshit?

She \they will say anything, they have no shame. It seems the more deceitful and stupid they are the more likely they are to become cabinet ministers. The whole lot of them should be in prison!!
Izzy x

Raab has got to be up there too in that contest… (2018: Dominic Raab has come under fire for saying he “hadn’t quite understood” how reliant UK trade in goods is on the Dover-Calais crossing.

All this proudly-displayed stupidity could be an act of course, could be a calculated master plan. IMO, it’s a populist rhetoric they’ve espoused from Day 1 (from the beg. of the Brexit campaign) to maximise the appeal to their target electorate and Leavers.

The disdain for anyone resembling an “expert”, has long been foregrounded as a strategy by the Tories, makes them appear less “hors sol” (disconnected from the grassroots) as the French say, (eg Gove, 2017: “Who needs experts? The people of this country have had enough of experts.”) Appearing dumb has clearly been part of the plan for the Tories, pandering to the lowest common denominator is a successful tried and tested strategy.

Whoring out to ignorance and prejudice is popular the world over and is often a winner. As the late über-cynic politician Georges Frêche once said: “ Only 5 or 6% of French people are intelligent so I campaign for the idiots ." 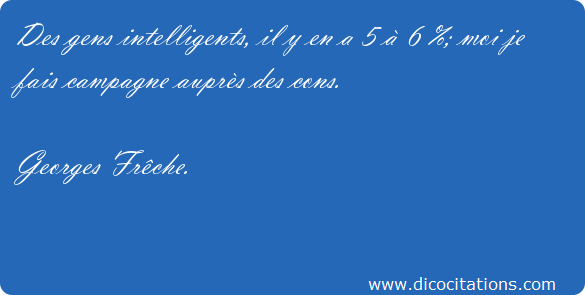 Or the US version, with Adlai Stevenson II, who, in a political rally, replied the following to a woman who said to him: “Governor Stevenson, you have the vote of every thinking American!”: 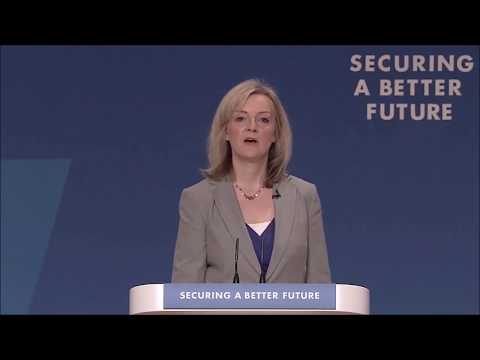 I sooner put my faith in Wallace and Gromit. Well Gromit really. 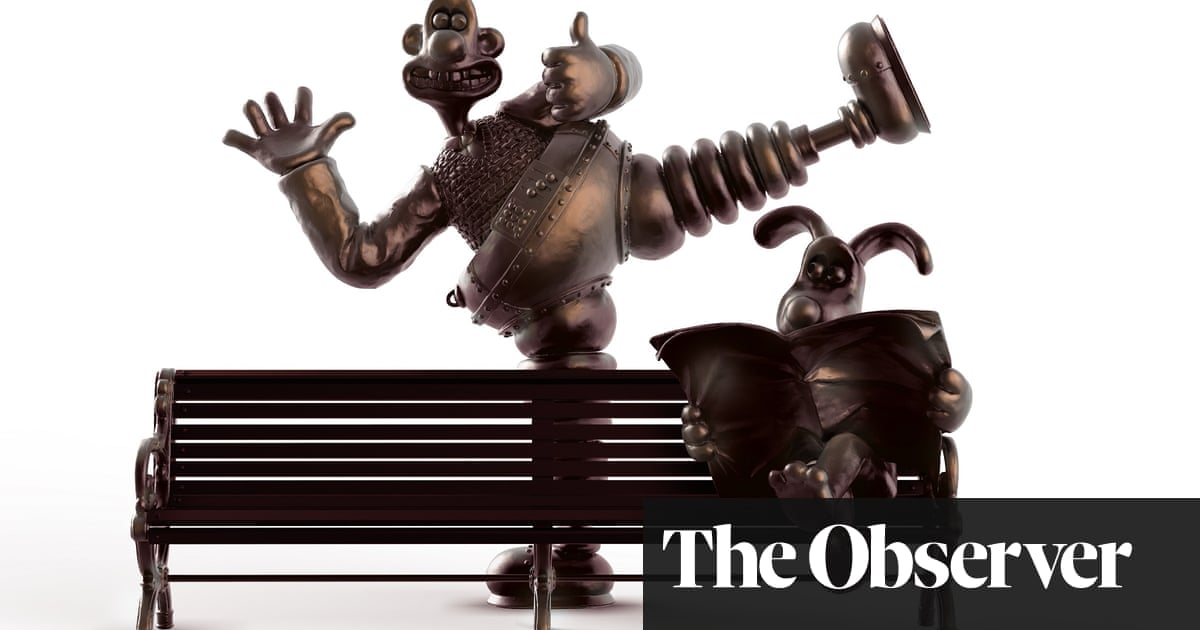 Here it is, from 3 minutes onwards. They all knew what Brexit would mean. 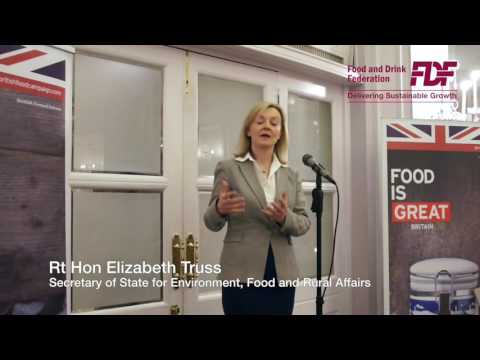 On the one hand, Mr Kipling cakes are bigged up and hailed as a key cog in this “gold standard” trade deal (cf the headline), thus inferring that the brand isn’t well-established in Australia and therefore that Global UK (unshackled by the EU’s bureaucracy, restrictions and what have you) is liberated and will be able to sell the brand there and make a success of it. But then, this:

“British made Mr Kipling and Cadbury cakes have fast become the number 1 and 2 cake brands in the Australian market respectively, and are purchased by 20 per cent of Australian households”.

Mr Kipling is already #1 in Australia! So while there might be a slight margin for sales growth the scope of it cannot be that massive either.

and in the meantime, they will royally fuck the welsh sheep farmers…
Once again, the nations with whom Truss negotiates gets the better end of the deal and the UK is made to suffer as a consequence

It’s reminiscent of the infamous “innovative jams” to France (the tweets “France needs high quality, innovative British jams & marmalades” by the Dpt for International Trade) hailed by Liam Fox and Davis as some sort of stonking wheeze. 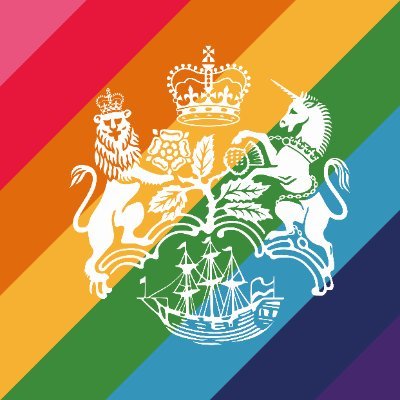 Only to find out, as the Politico article mentions, that France is a huge exporter of jam. So yeah, maybe you could always flog them a few more jars of marmalade but it’s hardly going to make a difference in terms of trade for Brexit, it’s neither here nor there.

2019: Below are the 15 countries that exported the highest dollar value worth of jams during 2019.

Its ridiculous isn’t it. Hailing “significant success” when the Aussies already suffer the dreadull sugar laden sickly confection that is Mr Kipling, Cadbury chocolate (which isn’t really chocolate at all) and selling blue cheese to the Japanese who don’t eat blue cheese at the same time convincing a nation of lemmings that another big leap of faith will help restore the British Empire and all will be well with the world again as Britain will waive the rules in Doris’ new 19th Century style rub-a-dub-tub (at the expense of Nurses’ pay).
Hasn’t he already claimed that the new ship is a replacement for the Royal Yacht Britannia? Hardly!

Its ridiculous isn’t it. Hailing “significant success” when the Aussies already suffer the dreadull

I caught an interesting radio programme on the £200 million (!) Royal Yacht Britannia the other day while surfing channels in the car, it think it was on LBC but I’m not certain.

Anyway, most speakers were against that outdated nationalistic project and one of the better arguments (I think) put forward by one of the guests (can’t remember who) apart from the outrageous cost that is, was that the idea of having a ship crisscrossing the planet to promote the UK may have been fine a few decades ago as then proper royals (the queen and so on) would turn up on the deck and meet with the locals, and that was a major thing for these local heads of gvt and so on: to hobnob with the royals. It apparently helped business and beefed up soft power.

But on this one, there’ll be no such big royals, only minor ones. Obvs. the queen is too old and apparently Kate and William aren’t too keen.

It’s hard to imagine sizeable countries doing good business thanks to this ship, it’s not the way people do business these days, that boat has sailed!

that boat has sailed! 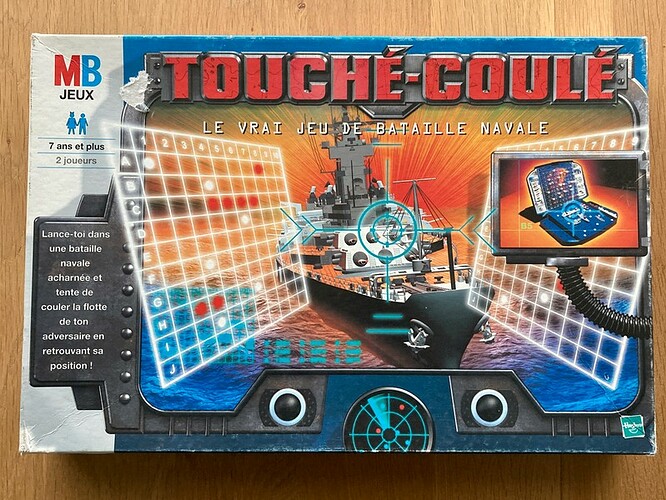 So I can imagine Johnson and his woman-of-the-moment undertaking many critical trade missions.
Probably around the desirable markets of the Caribbean, the Azores, the Maldives etc.

My understanding is that the Queen wants nothing to do with Boris’s proposed yacht - she’s not going to go anywhere on it, and Charles won’t want to as it will undoubtedly be a gas-guzzler which offends his green credentials.

Since Boris has already got an expensively repainted aircraft, if we add a yacht presumably the final item will be a Union Jack-painted stretch limo (like the US President’s “Beast”) made from two Reliant Robins welded together, to complete the set of land sea and air transport.

Or perhaps the Hogwarts Express will get nationalised, so it can run along HS2 at 40 mph.

As for the original question, I think they are all as bad as each other. My special dislike is reserved for Priti Patel though, since as the daughter of asylum seekers from Uganda she should know better.

the daughter of asylum seekers from Uganda she should know better.

I couldn’t agree more, but she’s not stupid. We need another category, maybe the most vicious, crooked, hypocritical liar award? Patel would win that hands down. Oh that such a person should be Home Secretary.

As for the original question, I think they are all as bad as each other.

Hence why I put up a picture of the whole cabinet, they are all self serving, lying, crooked arseholes.