We had our new ‘Linky’ meter fitted in March. 20 minute job, no fuss or mess. Since that time we have had a problem with our electricity ‘tripping’ out whenever our pellet-burning fire starts up. Linky blamed the electricity supply; EDF increased our supply from 12 to 15amps but the problem persists. Has anyone else had similar problems? ‘Linky’s’ are being rolled out across France so I assume I’m not the only person having problems… or am I?

They are said to be very sensitive to overload transients - I assume you mean 15kW though, not 15 amps.

Might need to change the feed motor for the pellet-burner, or drive it from a suitably sized “mains conditioning” UPS.

Might need to change the feed motor for the pellet-burner, or drive it from a suitably sized “mains conditioning” UPS.

That is a good idea.

If looking at a UPS make sure it is a “double conversion” type and sized to handle the start-up current; it should be an effective solution but won’t be a cheap solution (ideally also make sure you can try it as a solution before committing to purchase).

Probably best to start with an electrician checking the feed motor out.

There was TV program last week on Linky installations,apparently quite a few problems nationwide,however was very tired and kept nodding off so I,m afraid didn’t retain much of the content,except quite a few of the meter installation technicians had minimum training(were not electricians)

Whatever… the electrics were all new and the final connection was to a Linky. After much faffing about between builder and Linky… the problem stopped occuring… but it had taken several months, many furious calls to the builder and many site visits by all and sundry…

Electric motors are notorious for high “inrush” currents as they start up.

I have tried to find technical info on the overload characteristics of the Linky without much luck.

In comparison circuit breakers trip much more rapidly - a 63A breaker will trip within about 2-4 seconds at 200A and within 20-60 seconds at 100A.

I’d expect the Linky to be similar to a C or D curve - i.e withstanding either 5-10x or 10-20x rated current before an “instantaneous” trip but maybe not.

I admit to not understanding your figures/explanation…

However the technicians I spoke with last year, while they were fitting a normal meter… admitted that Linky has a very low tolerance. They also added that we will all be on Linky meters soon… "but not yet! " we all chorused…

I admit to not understanding your figures/explanation…

Simple - fuses are very forgiving of pulling too much power, breakers less so and by all accounts Linkies hardly at all.

Of course this ties in with the fact that, in France, the higher your power agreement the higher the standing charge - since EDF charge more for a 12kVA supply than a 9kVA supply they don’t want people buying the latter and overloading it to pull 12kVA - which is certainly possible with fuses, but not really with breakers. Of course any installation which has fuses rather than breakers is likely at least 15-20 years old so probably needs re-doing even without factoring in a Linky.

Anyone switching from a marginal or overloaded fused supply to a Linky is going to have a miserable time until they agree a higher power level.

We have avoided (thus far) the wave of installations in the village, largely by dint of not being available when Enedis were doing the rounds.

Not sure when it is coming here to everyone where I live, as I have said, some folk do have it already (with problems now solved).

Whatever, so long as electrics work… everyone is happy.

Is there any way to test, with a standard multi-meter, the draw on an electrical system at different times.

What I am trying to say is, we dont yet have a linky but these things are inevitable, and I would like to know how close to the wind we are sailing with our current set-up. i.e, does the boiler firing actually peak at over the tarriff set?

Not with a standard meter, no, not safely and not for the sort of current that is typical in a domestic setup…

You need a clamp meter and the ability to get the clamp around just one of the conductors - either live or neutral doesn’t matter which but it has to be just one of them.

Do you have a meter with a digital read out or a traditional one with spinning dials? 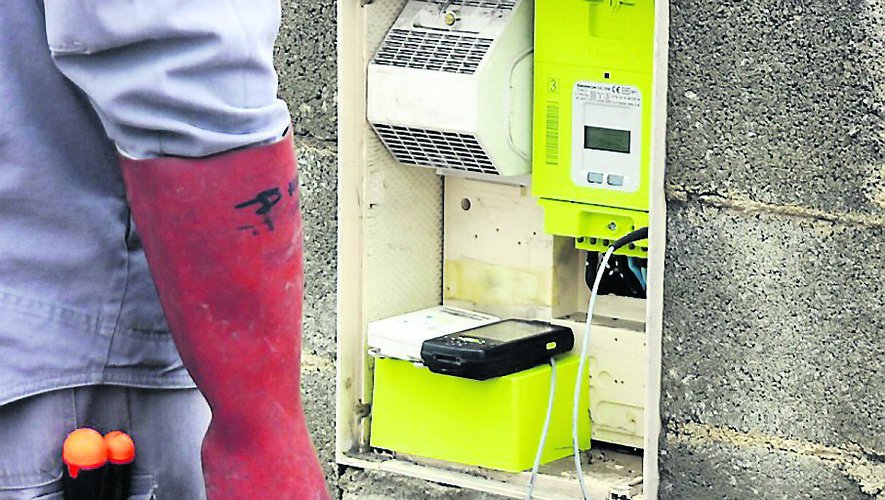 Cheers Paul - Mine is digital…but I dont trust it to handle 240v!!

Cheers Paul - Mine is digital…but I dont trust it to handle 240v!!

You should be able to get the current load from the meter then.

Many thanks Paul - I will print this off and hang it up next to the meter when we are back in Carmaux.

I understand your thoughts…