When I bought my last house tin the UK, the first thing I did was to install a pond - wonderful to watch the wildlife etc BUT I was 25 years younger and much more able to dig extensively, the soil wasn’t stones covering solid rock and the garden was very small so the pond was achievable.

Since we’ve been in France full time I have wanted a largeish pond (or two). My partner is quite right that we can’t dig a large one manually and talks about mini-pelle hire. I know some of you have ponds that you use and love and presumably have achieved yourselves! Have you any advice for me? I seem to have got stuck

I completed a W/L pond, about 4mx3x1m l March.
By a stroke of good fortune a mini JCB appeared at next door neighbour and after greasing the driver with a 50€ note I had a hole!
Installed a buytel liner bought from a friend and begged some taddies and now occasional visitor to Magasin Verte to buy (not cheap) plants.
I’ve edged it with stones dug from garden and its just now beginning to look more than a hole full of water.
Have some pic’s but not sure how to append them to this post!

but not sure how to append them to this post

Might be a good idea to have some form of water circulation/aeration depending on the size of the pond, and how clear you want the water to be . Sure there must be some decent solar powered pumps.

What about mossies breeding?

What about mossies breeding

Sure there must be some decent solar powered pumps.

The pump helps keep them down. They prefer still water to moving.

A mini-pelle is necessary if you want any size at all and especially if like me you are digging in rock. The photos of my swimming pond are in the other thread but it is only one of 3. The largest, because it is for swimming in, is based with fine sand and carpet underlay with a thick rubber liner. Make sure the liner is much bigger than the area of the pond because it will be dragged in as it fills with water. I over compensated somewhat as can be seen by the liner all the way round still in evidence after nearly 20 years. I have resisted planting because I knew I would be clambering in and out, but it would be nice to look less bare and contrived.

The other 2 ponds are different. Neither for swimming. One is barely visible in trees and the lower one, in full sunlight has generated its own beneficial growths in and around. The drawback is that the sunlight causes rapid evaporation so in times of drought it gets very low indeed. Despite that there is much life in that one, newts, frogs, dragonflies, skimmers, water boatmen and snakes, though all are present but less visible in the others. The natural ‘weeds’ in the bottom keep the water clear, unlike the other ponds which, being in trees, collect a lot of dead leaves on the bottom and visibilty is only about 50 cms due to the algae ‘dust’ suspended in the water. I do dredge the swimming pond with a long pole net, but the middle pond is left to its own devices and I think the build up of leaves means that now it has little real depth. Perhaps it will become a natural bog one day with its own unique ecosystem and residents.

The fears of a neighbour that they would be a breeding ground for mosquitos have proved unfounded and, from non of them, does a smell arise. I, for different reasons, love all 3 of them.

no idea where they are breeding at the moment

Must be the neighbours as ours are out of action - good point though!

Not from mine. It is 500 litres and fills to the brim after a night of rain. Using a vacuum pump I empty it when full into the lower pond which suffers from evaporation and an undetected small leak which prevents it overflowing.

Hardly ever see a mossie but then, as I am not tasty to them, wouldn’t bother me if I did.

We have a pond that was originally created with a mini-pelle. We are lucky enough to have a small source, which was the deciding factor in buying the house. Sadly it dries up in summer…but previous owner didn’t tell us that. Nor that he had not paid attention to shaping the edges of the pond when he dug it, so sheer cliff edge. We have done some reshaping and digging with a mini-pelle- €350/day. But need to do more one day.

We have carp, so no mosquitos. 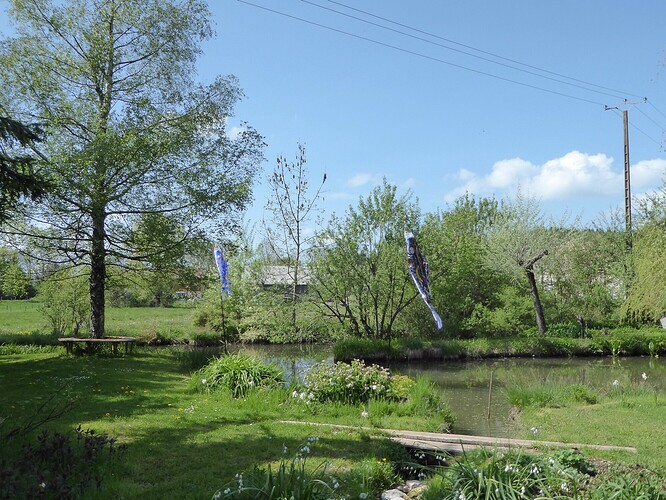 That’s lovely, Jane! Was the previous owner French? I have noticed locally that there are loads of ponds with sheer sides designed as trout ponds

Yes, french builder who like playing with boy’s toy like mini-pelles. Also built a driveway right through middle of garden that we have had to remove. The carp are his son’s that he rescued from a live fish market apparently so we feel very responsible for them.

Difficult to redo the edges without disturbing the fish, I would have thought

@graham …this icon is not showing in my list

You’ve done it before John see this from a DM between us some time ago: 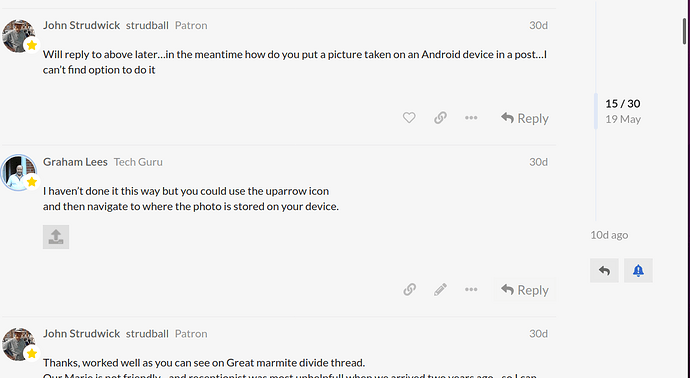 Some of our little ones. 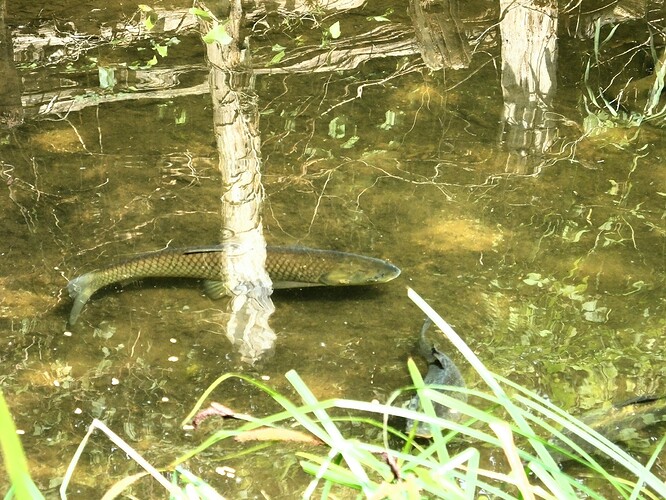 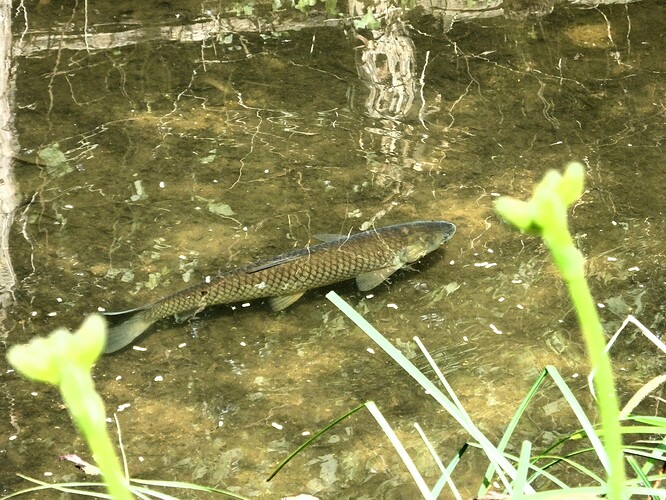 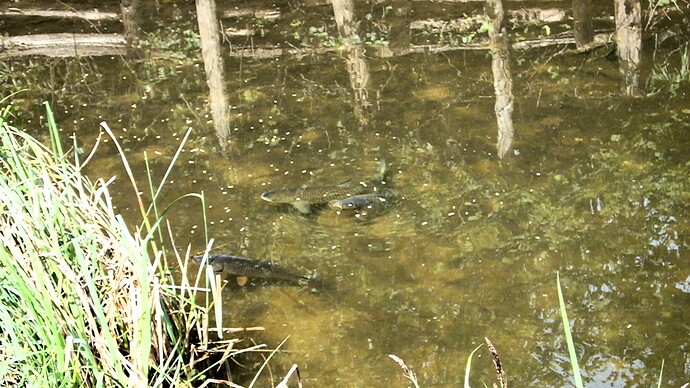 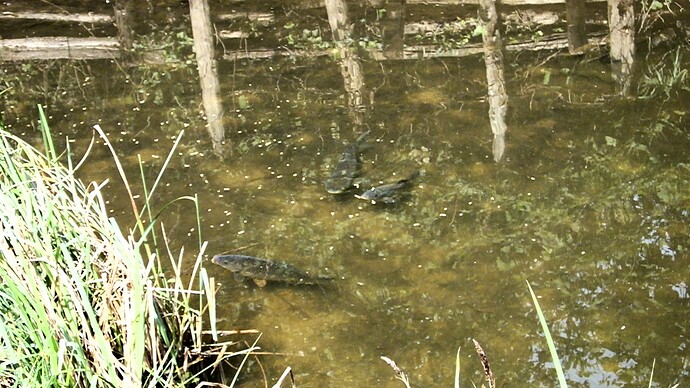 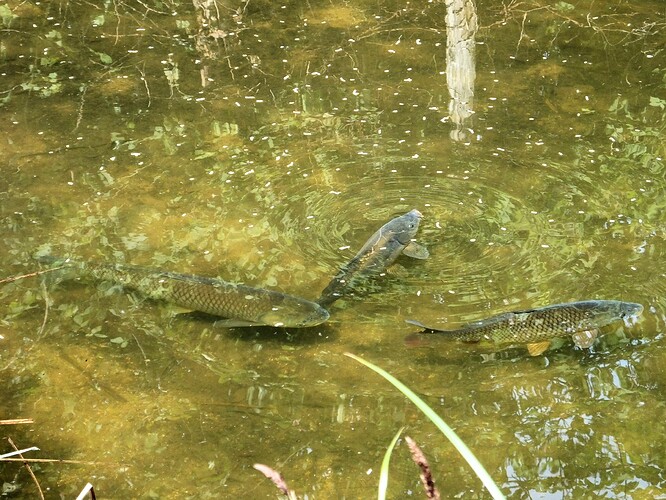 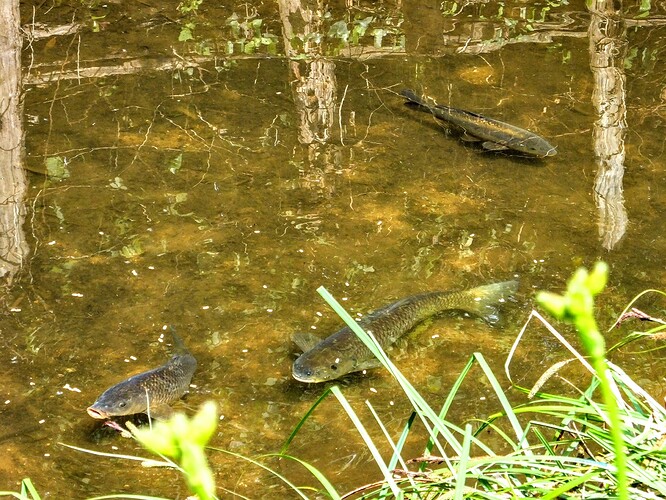 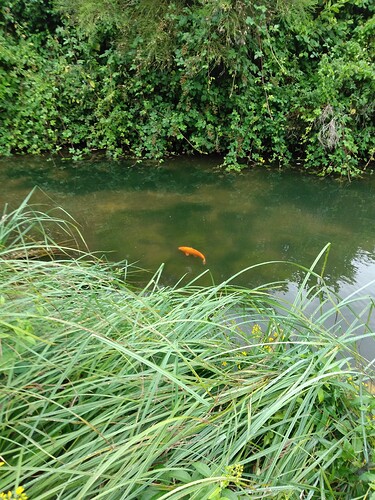 Since we’ve been in France full time I have wanted a largeish pond (or two).

Just to look at or do you want to be able to swim as well?

If wild swimming is your thing, then over 1000m2 and you need SPANC permission. Plus always check with marie as may be local requirements about distances to roads and neighbours…