Monteton (between Eymet and Duras) usually has a very-well attended Christmas Fayre/Market. Anyone on the forum know the date of this years market? Thanks.

OOPS. Thank you. Maybe next year!

Just an idle question but:
Fayre - doesn’t this mean food, as in turkey, mince pies etc. ? I may be out of date here and shoot me down if I’m wrong. 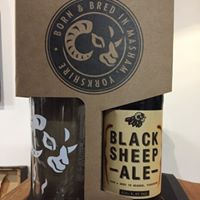 Hi Caroline,
The ‘Fayre’ at Monteton is usually (or mostly) a Craft Fayre, with cards and all sorts of handicrafts. There is food and drink, displays and activities and mince pies too! A pity we missed it this year.

That is ‘fare’ as in bill of fare etc.
Fairs are where things are shown bought and sold.
Fayres are olde worlde buye ye toothsome traditional chocolate and mediaeval ipod covers type things.

“Fayre” to me means an attempt to conjure up a sense of ancient tradition, with old-worldy and pseudo-wholesome merchandise. I personally find that they have a greater proportion of over-priced goods that a straightforward craft or local products market. It a word that fell out of use a couple of centuries ago, and has been brought back as a marketing ploy.

So, I scurried around on the internet (probably nobody is interested but me so sorry for this post) and ‘fayre’ seems to apply to both a physical fair and food or fair. Could also be used as fair weather, fair the well, fair of face, fair price etc.

egs:
I smile winningly, perusing the ‘bill of fayre’. The Sunday Times, 2009

Whatever way we chose to spell it, the origin seems to be mostly French, except fair of face which is Nordic or German. I’m afraid I find etymology fun, and is also a useful way to annoy my son who is keen to point out that English is just a bastardised French with ridiculous pronunciation.

I still quite fancy going to the Monteton Marché de Noël.
Now where did I put that time machine? Found it parked outfront!