So should Macron commemorate the Napoleon’s death 200 years ago on 5th May.
Left say No, he was a despot and reintroduced the slave trade, the right say Yes, as founded the French state and his laws are still the foundation of the country? 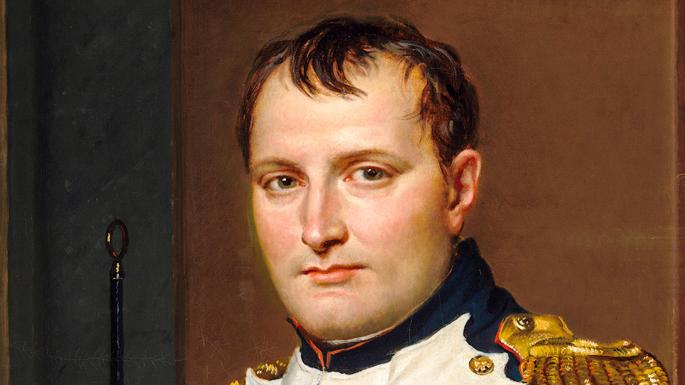 Macron defies left with Napoleon tribute on bicentenary of his death

President Macron will illustrate his determination to stand up to cancel culture by laying a wreath beside Napoleon Bonaparte’s tomb to mark the bicentenary of his death.Rejecting left-wing calls to

Of course he should. As you posted, Napoleon was the father of the French state and deserves recognition.

It’s not like he was an proto-Hitler, was he?

I’d love to know what the “left” that accuse Napoleon of being a despot think of Stalin and Mao.

I’d love to know what the “left” that accuse Napoleon of being a despot think of Stalin and Mao.

I would assume they think they were despots too?

Just because he didn’t set out to eliminate whole races of people, doesn’t mean he wasn’t the cause of millions of deaths, not least by the slave trade, as has been mentioned, and by his attempted subjugation of the whole of Europe and being arguably the instigator of the first real world war.

On top of all that, having been created a soldier in revolution against the ridiculous extravagance and depravity of monarchy, he then went and declared himself Emperor.

In the words of one of my erstwhile French neighbours, a traitor to the revolution.

So no. Nothing to celebrate here.

The amount of deaths and suffering he caused is enough to stop any celebration to do with Napoleon.
Any reader of War and Peace will tell you that.
The Russian winter did for both Napoleon and Hitler.

I’ve worn many t shirts ironically so that’s quite possible. In fact some close to me would tell you that all my clothing choices were made as a statement of irony.

I don’t wear any tee shirts ironically, no one about so afew creases don’t really matter

…Back on topic, I would suggest the core question is similar to the argument in UK, on Rhodes, Colston et al and whether we should judge historic events and people by today’s social norms…there are a few exceptions, Hitler being the most obvious

Why not include Napoleon in that?
He had visions for France beyond its borders as did Hitler.

I guess commemorating his death could be taken two ways.

My daughters have all been obsessed with Napoleon since they were tiny, as a result he is all over my house in poster form as a pin-up, we

Napoleon.
(They used to play at being him crossing the alps, taking the crown from Pious vii and crowning himself, saying du haut de ces pyramides 40 siècles vous contemplent… )

Strongly disagree about the comparison of Napoleon with Hitler and CJ Rhodes. Napoleon didn’t practice genocide and during his time France was under siege from other European powers. By contrast C19th Britain was never threated by the Boers on the Cape, nor by the indigenous Xhosa or the KhoiSan.

I’ve done a lot of research on Rhodes, his Monument and his legacy, and would argue that whilst he ‘loved’ Africa, it was in a very strange and paternalistic way. He had a non-European man-servant, who was also his lover and there’s many interesting parallels between his menagerie of lions on Table Mountain, him being known as the ‘Lion of Africa’, the dozens of lion’s headsthat festoon his Table Mountain Memorial and those lions kept in a mediaeval style menagerie by Saddam Hussein’s son. 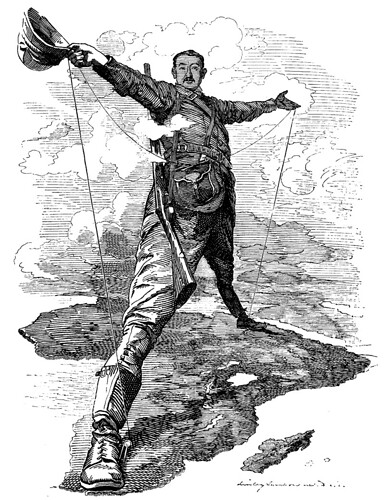 He may have founded the French state but his family ruled France well into the 19th century. So, after a spell of “liberty” when they overthrew the last French king (Louis XVI), France went back to “a kind of royalty” under the Bonapart-family that ruled France for most of that century.

I have a Che Guevara t-shirt. Odd - and ironic! - that you refer to it in a discussion on Napoleon on a France forum, since the t-shirts are generally based on the famous Korda photograph of Che, taken at the memorial service for the 76 people killed by a CIA bomb on the French ship La Coubre.
Che (a doctor) had personally, and heroically, saved many lives by rushing to the scene and tending the injured.

But my favourite t-shirt - that really provokes those with a limited grasp of history - was bright red - now slightly faded - with ‘CCCP’ blazoned across the front (which many people don’t realise sounds lovely, pronounced ‘ES-ES-ES-ERRRE’, in Russian - I actually bought it in Moscow).

disagree about the comparison of Napoleon with Hitler

Lest anybody misunderstood my comments…in no way whatsoever would I put Napoleon in the same category as Hitler and his Nazi party!

I have a t-shirt with a picture of Stalin on it and it bears the sentence “Dark humour is like food, not everyone gets it”.

Not to be worn around Ukrainians.

Interesting, well-balanced contemporary view of Napoleon in this morning’s Midi-Libre 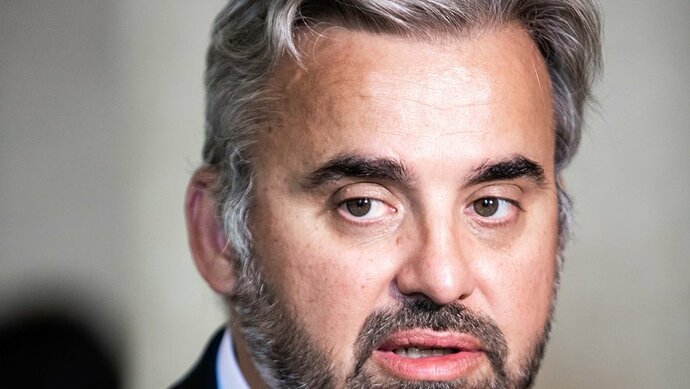 Your link doesn’t seem to be working @DrMarkH .

For me the issue of commemoration revolves around what the person is being commemorated as.
It will surprise some that in the social media debates at the time I argued in defense of Margaret Thatcher’s state funeral, though I acknowledged the enormous harm she had done, and the fact that had she not been constrained by the UK’s relatively strong democratic institutions at the time, she would have gone much further down the road to fascism (as her personal, explicit admiration for Hayek, Pinochet, etc proved). I defended it on the grounds that she was the first UK woman Prime Minister - and the importance of this ought to be acknowledged. Had she been a man, I would have argued on the other side, since I don’t think we should honour people notable only because both their intentions and their impact have been overwhelmingly harmful.

For me the issue of commemoration revolves around what the person is being commemorated as .

To the above, I’d probably add the ‘form’ of the commemoration.